This idea has been a staple of rightwing politics for years, in spite of (or rather because of) steadily accumulating evidence that solar PV and wind are the most efficient alternatives to carbon-based fuels.

Australia has had a long string of inquiries into nuclear power, going back to the Switkowski review in 2006. All have concluded that nuclear power is unlikely to be a feasible option for Australia any time soon.

The most recent comprehensive assessment was the South Australian Nuclear Fuel Cycle Royal Commission which concluded, in 2016, that nuclear power was unlikely to be commercially viable in the foreseeable future.

Meanwhile, the world has moved on from nuclear power. There are still around 50 nuclear plants under construction around the world, mostly way over time and over budget. But, outside China, there hasn’t been a new project committed since the UK Government committed to the Hinkley Point C reactor in 2013.

Hinkley Point C will almost certainly be the last nuclear plant built using the European EPR design. Two more, in France and Finland, are many years behind schedule, but will presumably be finished, or left unfinished, in the next couple of years. China built a couple of EPR reactors but hasn’t commissioned any more.

Other designs which seemed promising have also been abandoned. The AP1000, which once seemed to be the leading contender, sent its designers (Westinghouse) broke. The rights to the CANDU reactor, produced by Atomic Energy of Canada Limited, were sold for a pittance a decade ago. South Korea has stopped new nuclear construction, effectively killing off KEPCO's APR-1400 design, though a few projects remain to be completed.

The result is that only two large-scale nuclear designs are available for new projects: Russia’s VVER-1200 and China’s Hualong One. Neither is approved for construction by Western authorities like the U.S. Nuclear Regulatory Commission. In view of concerns about safety standards and broader geopolitical tensions, neither is likely to be.

These points have been implicitly accepted in recent discussions of nuclear power. Large-scale nuclear reactors like those constructed over the last 50 years or so have quietly disappeared from discussion. 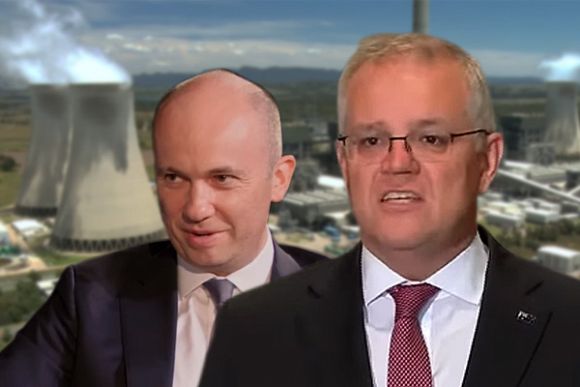 Instead, attention has been focused on the new idea of "small modular reactors" (SMRs). There is nothing new about small reactors. They are used routinely in nuclear submarines, for example. The problem is because they cannot capture economies of scale, small reactors are uneconomic as sources of electricity for general use.

The "modular" idea is that, if plants can be constructed in batches in a factory, economies in manufacturing will outweigh the loss of economies of scale.

The leading contender for the construction of small modular reactors is Nuscale, which plans to build a prototype plant, consisting of 12 60 MW reactors by 2030. That’s a big blowout from the target date of 2023 announced in 2014 and from an even earlier target date of 2018, proposed around 2008.

In fact, the announced deployment data has been eight to ten years in the future ever since the project began in the early 2000s.

As well as constant delays, the Nuscale project has experienced the same cost escalation as larger nuclear projects. Over the past two years, the cost of the pilot project has risen from $3 billion to $6 billion, partly offset by a $1.4 billion injection from the U.S. Department of Energy. 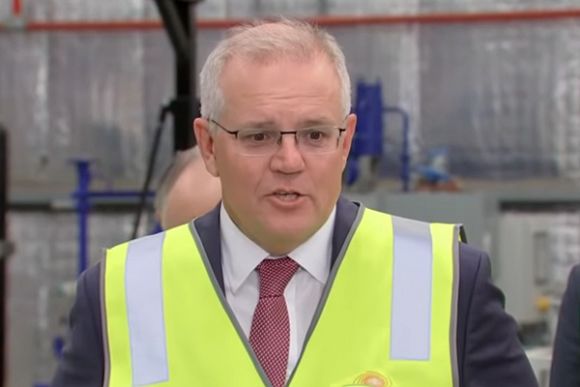 Even if there are no further delays and cost escalation, it will take at least until 2035 before the pilot plant can be properly evaluated. The establishment of large scale manufacturing and the first installations in the U.S. will take at least ten more years. Even in the most optimistic scenarios, there is no prospect of SMRs operating in Australia before 2050.

To be fair, King couched his discussion in terms of options for the next 30, 40 or 50 years. But even Scott Morrison concedes that we should be aiming to reach zero net emissions by 2050. That entails completely decarbonising electricity generation well before 2050.

Nuclear power ceased to be a realistic option at least a decade ago. The only reason it keeps being raised is to obscure the necessity of a rapid and comprehensive shift to solar and wind energy. Nuclear power is not a realistic energy source. Rather, it has been a stalking horse for coal and more recently, gas.

It’s not surprising, therefore, to see it being promoted by a leading figure in the gas industry.