SUBSCRIBE   DONATE LOGIN SHOP
SUBSCRIBE   DONATE
How we prevented a Morrison dictatorship
How Howard screwed the Libs
U.S. site tries to ruin what makes fairy bread great
Bloody Idiot of the Week — Episode 28: Get used to it
Morrison's 'politics of retribution'
Energy Opinion

Microgrid power for a greener future

The extreme heat currently scorching and burning through the western United States has sparked a debate in Washington about the capacity of centralised power grids to deal with the exigencies of climate change.

These creations of an earlier technological age – in fact, an earlier climatic era – appear unable to cope as witnessed by the double whammy in Victoria last month. Tropical downpours at the generative end filled the Yallourn coal mine, shutting down Yallourn B power station whilst at the same time horrific winds felled power lines in the Dandenong Ranges and Trentham in Victoria’s Central Highlands.

Back in 2014, Leonardo Meeus, an energy markets professor at the Energy Centre at Vlerick Business School in Belgium, wondered whether microgrids might come to be viewed as a threat to the bottom lines of the big corporations — grid defections intent on running and distributing power from centralised facilities.

Professor Meeus further cast his eye over the architecture, noting that:

‘For the last century, the power created by large power generators (hydro, nuclear, coal and gas) has been brought to consumers via a grid comprised of transmission lines and cables with varying voltages. The system is like a waterfall — with electricity flowing in just one direction, from lines of very high voltage to lines of progressively lower voltages.’

And, in terms of energy efficiency, transmission losses can range from eight to 15 per cent. 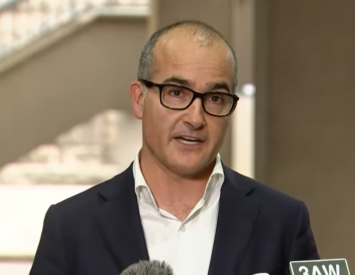 Extreme downpours like the ones that occurred in Germany are one of the most visible signs that the climate is changing as a result of warming caused by greenhouse gas emissions. Studies have found that they are now happening more frequently for a simple reason — a warmer atmosphere can hold more moisture, generating more and more powerful rainfall.

What with tragic floods in Germany,  Central China and  Western India, contagion and blistering heat in British Columbia and Sardinia along with the heatwave in Siberia, it looks as if the planet’s pre-Holocene climate is staging a comeback. Indeed, ancient history shows just how bad and volatile things could get.

These occurrences suggest that something is seriously amiss. NASA-NOAA has ingeniously put some figures against that proposition confirming that Earth’s energy imbalance has doubled in a mere 14 years. The planet is gaining energy, causing it to heat up and allowing hot air to carry more water (such as in Germany, India and China) or in dry regions, draw water out of the soil (as in California).

The nuances here (in case you missed it in the storyline) are that nowadays we can never be quite sure about the what, where and when of disruptive events. Anything Nature could throw at us, whether it's disease or physical damage, needs to be front and centre in infrastructure planning and a cornerstone of that responsiveness is being nimble — how fast we can turn around our responses if they seem in error or inappropriate.

Over a decade ago, Black Saturday provided a snap preview of susceptibilities when the main transmission line to Melbourne stood threatened, Morwell coal mine caught fire and burnt for months on end and poles fell down, the resultant short-circuiting causing new fire outbreaks. (We also learnt for the first time about fire tornadoes and contagions creating their own weather.) This time around, it was the turn of floods and cyclonic winds to sheet home the message — a need to design out these weaknesses. 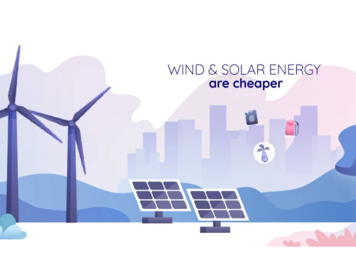 The internet and communications field present new ways of tapping into the possibilities of renewable energy, says Paul Budde.

Australia’s Critical Infrastructure resilience strategy meanwhile notes that ‘infrastructure is more interdependent today than ever before and failure or disruption in one area can impact others’. In fact, the complexity of centralised electricity grids has led many researchers to believe that outages are part and parcel of that intricacy. Patches such as phasors can be applied but operators remain wary of cyberattacks increasingly of the ransomware variety.

Meantime, “critical infrastructure” in the Commonwealth’s eyes is conceived as the stuff of owners and operators. On reflection, that’s a pretty narrow, if not top-down, approach. Where does green infrastructure, for instance, fit into this overview, where much of the greenery is vested in front/back gardens and not in public ownership? To all intents and purposes, more is in community hands for growing food in numerous vegetable plots across our cities and towns.

This paradigm folds over into Meeus’ observations about energy transition. After doing some sums, he concluded ‘that we cannot stop or slow down the transition, but we can put citizens at the centre — a variation on the adage “no taxation without representation”’. His findings resonate with an infrastructure in the making — notably in particular, community microgrids which as of yet haven’t become appendages of large poles and wires corporations.

That would possibly be far from the minds of the citizens of Yackandandah in north eastern Victoria, who are constructing three microgrid networks in an attempt to become 100 per cent renewable.

The tech gig: Stops for no one

Nonetheless, this is an intricate area both technically and institutionally regulatory. On the ground, it’s characterised by numerous variants/hybrids such as in community microgrids at one end of the spectrum; through solar big battery installations feeding dedicated grids; through supplying existing centralised grids at the other.

These developments are at the cutting edge of a technology where innovation cycles are not only producing new solutions at a bewildering pace but lowering unit costs — for example, solar panels which have dropped below five U.S. cents per kWh for the first time in 2020.

According to Renew Economy, Australia already has six big batteries operating on its main grid, with another five under construction and more than 50 in the pipeline. Add to this the prospect of greater autonomy for individual households with inexpensive iron batteries due to come on stream that extend (home) storage to four days, dispatching the “if the wind doesn’t blow and the sun doesn’t shine” myth. 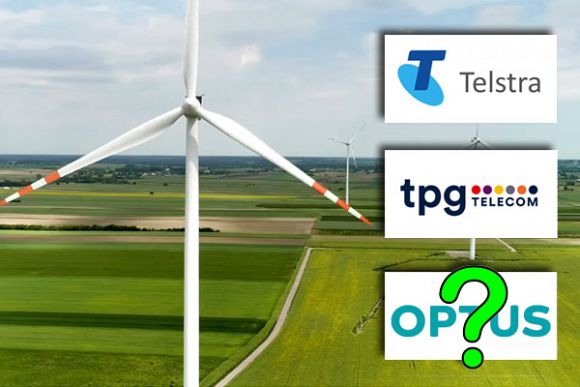 While the majority of Australian telecommunication companies have committed to 100% renewable energy by 2025, Optus is yet to join them.

Meantime, there’s room for a blending of purpose expressed in power-sharing through community microgrids and collaboration in growing food, supporting neighbourhood biodiversity through Gardens for Wildlife and so forth. In all likelihood, there’s a significant overlap between the respective advocates/practitioners insofar as wanting to do the right thing.

Such a mobilisation would square with degrowth in the suburbs as pursued by Brendan Gleeson and Samuel Alexander, namely:

‘...existing suburbia can be the centre-ground of transition to a new social dispensation based on the principle of enlightened material and energy restraint.’

And that’s not to mention the 15-minute city given impetus by working from home or, most recently, the one-minute city.

Moreover, it would ensure lesser connectivity and vulnerability to cascading failures from over-centralised systems and focus attention on physical elements designed to adapt to changing conditions, either extreme weather events or the gradual shifts in heat, cold, wetness and dryness driven by climate change.

That scalar requires detailed consideration, especially if the isolation we’re experiencing is not to have some pay-offs down the track. Do we really want to simply snap back to a world of glass vats full of knowledge workers, big builds, crowded platforms and trains in long commutes? Or instead, a once-in-a-generation opportunity to reset to a less KPI-nuanced culture, connected to Nature and helping a planet in distress from climate change warping geological time?