Can only nuclear technocrats discuss nuclear issues — leaving the great unwashed out of the debate? Noel Wauchope considers the latest – but not necessarily the greatest – nuclear gizmo — Integral Fast Reactors. 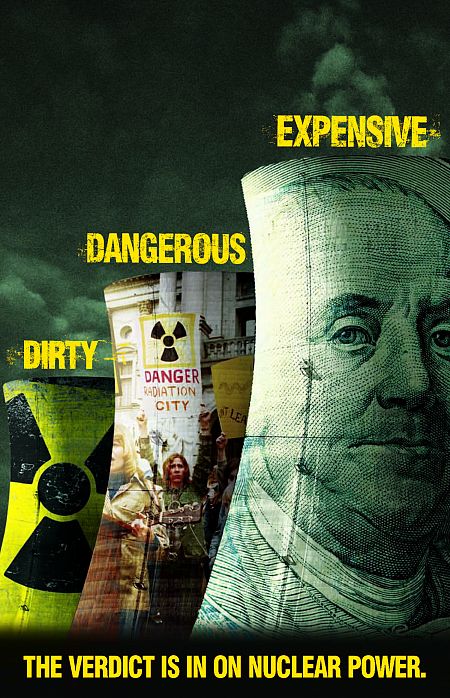 The nuclear lobby seems to get quite irate when some amateur comes along and criticises their latest gimmicks. They sure revel with delight if some non-technical peasant should make any mistake, however small, in using the approved language of nuclear terminology. It's really like the Catholic Church in earlier days, when they had all their dogmas and liturgy in Latin, so that the people just had to believe it all, with no explanation available in the vulgar tongue.

It must be reassuring to the nuclear lobby to know that the great unwashed, the hoi polloi, the peasantry, have no idea about the differences between the various types of nuclear reactors now in operation — the Generation 2 and Generation 3 reactors. Let alone the new developing blueprints of Generation IV: Integral Fast Reactors, Lead Cooled Fast Reactors, Molten Salt Reactors, Sodium Cooled Fast reactors, Thorium Liquid Fuel reactors; the peasant mind boggles! And wait, like those old TV commercials – there's more! – Generation V is now in the minds and on some bits of paper of the nuclear boffins.

Well, the nuclear priesthood is pretty safe in all this. They keep the argument narrowly technical, with pages and pages on the various technicalities of cooling systems, reprocessing of fuel systems, passive safety systems and so on; in other words, they induce in the public a kind of mindless torpor as they dazzle us with science.

At the same time, the nuclear priesthood, like some gifted but autistic child with specialist knowledge in just one area, seems to have little grasp of other issues concerning nuclear power — blinkered as they are in their apparent view that the technicalities are the whole story.  This is the case with their latest propaganda for the 'Integral Fast Reactor' or IFR.

For instance, they ignore the fact that IFRs need plutonium or enriched uranium as fuel. So, to have fast reactors, Australia would need to import these, or set up nuclear reprocessing or uranium enrichment here. This would also involve issues such as cost, politics, public opinion, issues concerning our growing renewable energy systems, radioactive waste storage — just to mention some of the more obvious of the considerable obstacles to Australia ever getting fast reactors. Nuclear lobbyists seem naively oblivious to the importance of these factors in the minds of the general public.

In Australia, the high priest now is Barry Brook. He and his acolytes proselytise the case for Australia to get IFRs.  This latest enthusiasm seems to have been inspired by Britain's present crisis of nuclear waste.

Britain had, and still has, nearly 100 metric tonnes of weapons grade plutonium, to deal with. So, they set up the Thermal Oxide Reprocessing Plant (THORP) at Sellafield in Cumbria, which began operating in 1997. It was supposed to make money by recycling plutonium from spent fuel to make mixed oxide fuel (MOX) and then sell it overseas. Trouble was, it was a commercial disaster — costing $2.3 billion to build, and $750 million each year to run. It was closed in August 2011. So, what to do with the radioactive wastes? The cheapest and least dangerous solution was deep burial and the UK government is trying to persuade Cumbria to host an underground radioactive mausoleum — but, for some reason, the Cumbrians are not very keen on the idea…

So, along come the nuclear entrepreneur whiz kids.

Why not have another try at turning toxic wastes into a profitable export, they say. Sell them off overseas to other countries — we will design a gadget to use these, and sell the gadget, too! Enter the Integral Fast Reactors. The Brits are considering starting with one type of these, the Power Reactor Innovative Small Module — General Electric's PRISM fast reactor.  This reactor "consumes" weapons grade plutonium, producing electricity, and turning the plutonium into other radioactive wastes that are not quite as useful for making bombs. General Electric Hitachi proposes  to “burn” the UK’s stockpile of plutonium in GEH’s Prism fast reactors”. It’s a complicated process .

It would  get rid of Britain's massive amount of plutonium wastes, make it (almost) unsuitable for weapons, make money for UK, and give cheap electricity to the colonials, hmm… say, in Australia! Yep, Barry Brook and his crew think that this is a great idea for Australia.

What's wrong with this?

First of all, I always think "follow the money". Because of various factors, these reactors will be hugely expensive to build. The construction materials have to be especially tough and durable because of obvious – and non-obvious – safety concerns. The PRISM reactor is cooled by liquid sodium, which can very readily catch fire. They are kept as small reactors, to make it easier to maintain safety features.

Apart from the high costs of building these reactors, because they are small, they would not be economic to sell except in large numbers; they need to be pretty well mass produced to make them viable for export. Bearing in mind that they still exist only as blueprints — it will be a very long stretch until somebody (in Australia?) places an order for them in large numbers.

The Integral Fast Reactor is, after all, just another type of nuclear reactor — it runs on radioactive fuel, provides heat to make electricity and produces radioactive waste. It also uses reprocessed nuclear wastes for its fuel, therefore nuclear reprocessing plants would be needed. So far, all existing nuclear reprocessing has proved to be an expensive failure. For instance, the USA's MOX reprocessing fuel plant is still under construction — it has cost billions of dollars, is over budget and also behind schedule. In Japan, the super expensive Monju prototype fast breeder reactor is costing 1,000 times more than conventional reactors to run.

Beyond all that, there is the safety factor, mentioned briefly before. The metal fuel gets hot and, unlike oxide based fuels, when it heats, it swells. If the fuel expands too much, it can crack the surrounding cladding — and that presents a big problem.

And just as safety impinges on costs, so does security. These small nuclear reactors have to be guarded, and so does the plutonium and enriched uranium fuel being transported to the reactor. And so do the eventual radioactive wastes produced by the IFRs. Security alone would be a huge expense — and more so because it would involve guarding not just a few big reactors, but a large number of small ones.

Next, there is the issue of weapons’ danger. The IFR's make wastes that are not suitable for “traditional" atomic bombs. However, in these days of terrorism fears we have all heard of those 'simple'  Improvised Explosive Devices (IEDs), which are much more fashionable and cheap to make. Because the IFR’s still produce dangerous, toxic, radioactive wastes — it is still possible for terrorists to use this to make some sort of "dirty bomb", using ordinary explosives to send the radioactive particles flying about.

As these fast reactors need to get the processed plutonium and/or enriched uranium, these materials have to be procured from somewhere.  The nuclear lobby portrays this as a benefit to the world, by using up the existing plutonium and so on.  Now, I don't know whether they say this out of naiveté or hypocrisy, but the obvious reality is that the old-fashioned Generation 3 and 4 reactors will have to be kept going – or uranium enrichment and reprocessing will have to keep going – to turn out more plutonium, which must then travel to the new IFRs. Of course, all this flies in the face of President Obama's move to limit nuclear weapons proliferation, the New START treaty with Russia, which depends on confining the spread of uranium enrichment and weapons grade plutonium. As far as Australia goes, I thought that we were supposed to be cooperating with the USA.

The there's that final problem of the wastes.


‘Ultimately, however, the core problem may be that such new reactors don’t eliminate the nuclear waste that has piled up, so much as transmute it. Even with a fleet of such fast reactors, nations would nonetheless require an ultimate home for radioactive waste, one reason that a 2010 M.I.T. report on spent nuclear fuel dismissed such fast reactors.’

In the meantime, renewable energy technologies continue to develop rapidly. In particular, distributed renewable energy has sort of crept up on the world. Ideally suited to poor countries, and to rural and remote regions, small localised energy is growing fast in developed countries and is now a serious commercial player in America.

As Dan Seif from the Rocky Mountains Institute wrote:

It will be great pity if Australians let themselves be mentally paralysed and muzzled by the nuclear technocrats into thinking they can't understand nuclear issues. Frankly, events like Fukushima show ordinary people probably have a much better grasp of issues surrounding the environment, economics, safety, nuclear radiation, and weapons proliferation than the nuclear hierarchy does.