AUSTRALIAN politicians are contemplating developing nuclear power for this country. In their ignorance, they are mooting “small modular reactors” (SMRs) about which they clearly know little.

To partly explain their enthusiasm here is the background story.

Their new strategy has been to develop small modular nuclear reactors without the dangers inherent in large reactors — safety, cost, proliferation risks and radioactive waste. But these claims are fallacious for the reasons outlined below.

Basically, there are three types of SMRs which generate less than 300 megawatts of electricity compared with current day 1000 megawatt reactors.

These will be smaller versions of present-day pressurized water reactors using water as the moderator and coolant, but with the same attendant problems as Fukushima and Three Mile Island. Built underground, they will be difficult to access in the event of an accident or malfunction. 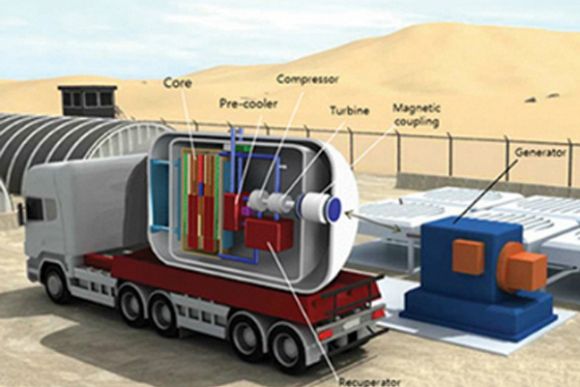 Mass-produced (turnkey production) large numbers must be sold yearly to make a profit. This is an unlikely prospect because major markets – China and India – will not buy U.S. reactors when they can make their own.

If safety problems arise – as in General Motors cars – they all must be shut down which will interfere substantially with electricity supply.

SMRs will be expensive because the cost per unit capacity increases with a decrease in reactor size. Billions of dollars of government subsidies will be required because Wall Street is allergic to nuclear power. To alleviate costs, it is suggested that safety rules be relaxed, including reducing security requirements and a reduction in the 10-mile emergency planning zone to 1,000 feet.

These are high-temperature gas-cooled reactors (HTGR) or pebble bed reactors. Five billion tiny fuel kernels consisting of high-enriched uranium or plutonium will be encased in tennis-ball-sized graphite spheres which must be made without cracks or imperfections — or they could lead to an accident. A total of 450,000 such spheres will slowly and continuously be released from a fuel silo – passing through the reactor core – and then be re-circulated ten times. These reactors will be cooled by helium gas operating at very high temperatures (900 degrees Celsius).

A reactor complex consisting of four HTGR modules will be located underground, to be run by just two operators in a central control room. Claims are that HTGRs will be so safe that a containment building will be unnecessary and operators can even leave the site – “walk away safe” reactors. 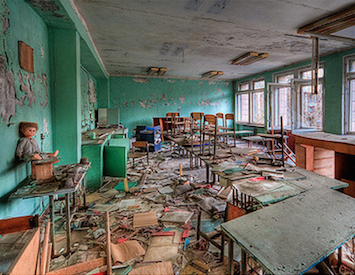 Michael Shellenberger is a nuclear salesman posing as a new generation environmentalist with unsubstantiated energy "solutions".

However, should temperatures unexpectedly exceed 1,600 degrees Celsius, the carbon coating will release dangerous radioactive isotopes into the helium gas and at 2,000 degrees Celsius the carbon would ignite creating a fierce graphite Chernobyl-type fire.

If a crack develops in the piping or building, radioactive helium would escape and air would rush in, also igniting the graphite.

Despite these obvious safety problems and despite the fact that South Africa has abandoned plans for HTGRs, the U.S. Department of Energy has unwisely chosen the HTGR as the “Next Generation Nuclear Plant”.

It is claimed by proponents that fast reactors will be safe, economically competitive, proliferation-resistant and sustainable.

They will be fueled by plutonium or highly enriched uranium and cooled by either liquid sodium or a lead-bismuth molten coolant. Liquid sodium burns or explodes when exposed to air or water and lead-bismuth is extremely corrosive producing very volatile radioactive elements when irradiated.

Should a crack occur in the reactor complex, liquid sodium would escape, burning or exploding. Without coolant, the plutonium fuel could reach critical mass, triggering a massive nuclear explosion scattering plutonium to the four winds. One-millionth of a gram of plutonium induces cancer and it lasts for 500,000 years. Extraordinarily, claims are made that fast reactors will be so safe they will require no emergency sirens and emergency planning zones can be decreased from ten miles to 1,300 feet.

There are two types of fast reactors: a simple plutonium fueled reactor and a “breeder” in which the plutonium reactor core is surrounded by a blanket of uranium 238 which captures neutrons and converts to plutonium. 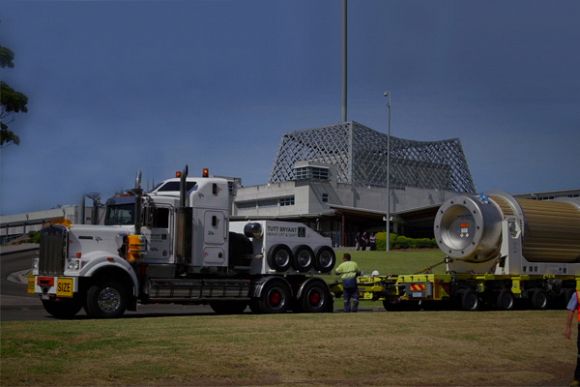 Transporting nuclear wastes across Australia in the age of bushfires

The plutonium fuel, obtained from spent reactor fuel will be fissioned and converted to shorter-lived isotopes — caesium and strontium which last 600 years instead of 500,000. Called “transmutation”, the industry claims that this is an excellent way to get rid of plutonium waste. But this is fallacious because only ten per cent fissions, leaving 90 per cent of the plutonium for bomb-making etc.

Three small plutonium fast reactors will be grouped together to form a module and three of these modules will be buried underground. All nine reactors will then be connected to a fully automated central control room operated by only three operators. Potentially then, one operator could simultaneously face a catastrophic situation triggered by the loss of off-site power to one unit at full power, in another shut down for refuelling and in one in start-up mode. There are to be no emergency core cooling systems.

Fast reactors require a massive infrastructure including a reprocessing plant to dissolve radioactive waste fuel rods in nitric acid, chemically removing the plutonium and a fuel fabrication facility to create new fuel rods. A total of 10,160 kilos of plutonium is required to operate a fuel cycle at a fast reactor and just 2.5 kilos is fuel for a nuclear weapon.

Thus fast reactors and breeders will provide extraordinary long-term medical dangers and the perfect situation for nuclear weapons proliferation. Despite this, the industry is clearly trying to market them to many countries including, it seems, Australia.