The biggest cause of environmental destruction in our country is the Right-wing ideology shared by conservative politicians and media groups, writes Sue Arnold.

FOR MANY OF US watching the upcoming U.S. Presidential Election, the saga is becoming the stuff of nightmares.

In fact, as many U.S. commentators are saying, we’re witnessing the death of the world’s greatest democracy as President Donald Trump transforms his Presidency into a coup d’état. His latest effort in naming arch Right-wing conservative judge Amy Coney Barrett to fill the Supreme Court vacancy resulting from the death of Ruth Bader Ginsburg is creating global angst.

Climate change is almost certainly going to be the biggest loser with the new 6-3 conservative bias in the nation’s highest court. The ramifications of the U.S. Supreme Court conservative majority supporting the Republican/Trump view that climate change is not an issue is reflected in the current Australian leadership.

Beset by climate change impacts, the losses experienced by thousands of Australians who lost their homes and livelihoods in the catastrophic bushfires are prime examples. Years of punishing drought have made their mark. 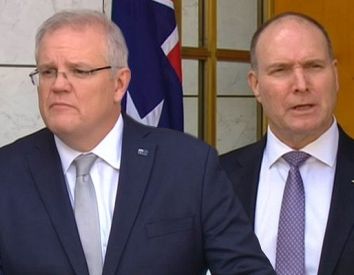 Professor Chris Dickman and his team estimate more than 3 billion animals died as a result of the fires and drought caused by climate change.

The latest “clean energy“ road map from the Morrison Government is more of the same stuff as coal, only it's gas. Same problems, same refusal to take action. No real effort to address climate change.

Climate change and biodiversity are dealt with in much the same way as Trump is dealing with the Supreme Court — stack the ministries with anti-environmental or power-driven politicians, corrupt the laws so there’s no access for the public interest, invest in spin and lies and make jobs and growth the only issues that matter.

The environment can be ignored just like Trump ignores the pandemic. The economy has priority. Repeat the mantra often enough and people will believe its true.

Many Australians think the political reality TV show playing out in Washington DC couldn’t happen in this country but nothing could be further from the truth. It’s happening here, but in a far more subtle way. Today, our political juggernaut is being driven by a marketing salesman and a clutch of extreme Right-wing politicians with no obligation to respond to public concerns.

They don’t need a Trump attack dog Attorney General like Bill Barr or a clutch of Trump-like supporters; it’s a different modus operandi based on keeping a lid on any objections or protest. Heavy on spin, “keeping the bastards dishonest” might be a more appropriate description.

In this country, mainstream media is dominated by Murdoch. The nation’s only national newspaper, The Australian, plays much the same role as Fox News.

Who or what holds politicians to account? ICAC in NSW struggles to fulfil its role as budget cuts stymie the agency’s important work. A Federal ICAC is a distant vision with the Morrison Government determined to ensure governments and politicians are not held to account.

Yes, we can vote. But so many policies are adopted that have never been raised in election campaigns. What we have instead is an electoral system which puts people in power with no obligation to ensure that only policies put to the people form part of governments’ direction.

Rather than appointing judges with questionable political alliances to the bench as in the U.S., the Australian tactic is to pass laws that prevent the public interest having the opportunity to challenge decisions in court.

Where judicial review is available, in many instances, appeals based on merit are not possible. In any event, as governments’ budgets have cut major funding to the Environmental Defenders Offices, the most prominent public interest lawyers, few communities can afford the court costs and financial risks.

The environment must be the number one issue in this country. The writing is on the wall. Australia is reaching a potentially irreversible ecological and economic line in the sand. Unless climate action and biodiversity become the priority, Australians will see our way of life disappear with similar consequences to our U.S. counterparts. 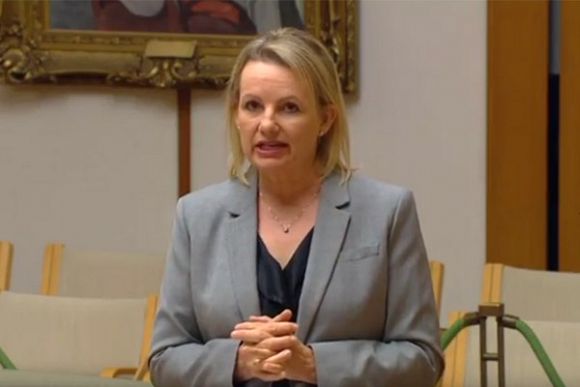 A bill putting environmental decisions in the hands of state governments known for their destructive behaviour is under consideration.

State and federal governments have armies of bureaucrats pumping out papers, policies, grants, speeches, advertisements, creating overview documents, boards and expert panels, with inquiries focused on the environment, wildlife and climate change. It’s all meaningless, nothing significant is put into action.

The report should be compulsory reading.

Fifteen years ago, the findings lay the foundation for environmental management of biodiversity and climate change issues — an injunction for urgent, immediate action:

Australia, the only country which spans an entire continent and its biota, has a unique opportunity to conserve a significant part of the world's biodiversity. The 2001 State of the Environment report summarises the unique features of Australia’s biodiversity. We have more species of higher (vascular) plants than 94% of countries on Earth and more non-fish vertebrate animals (mammals, birds, reptiles and amphibians) than 95% of the world's countries. We have more species of mammals than 93% of countries, more birds than 79% of countries, more amphibians than 95% of countries and more reptiles than any other country on Earth. Even more impressive is the number of endemic species in Australia — species that occur nowhere else on Earth. Australia has more endemic plants than 98% of the world's countries and more endemic non-fish vertebrates than any other country. 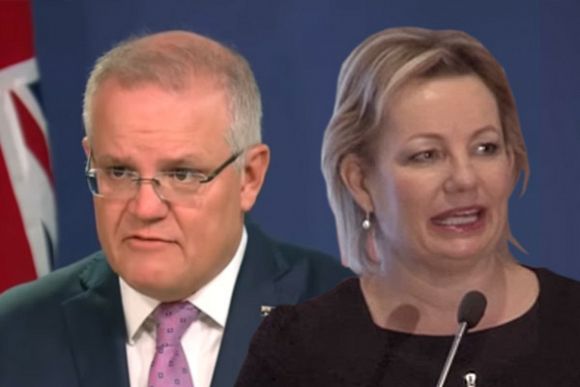 An environmental review proposing legislation reforms is being ignored by the Prime Minister and his government.

Evidence of biodiversity decline is sobering:

‘There has been a massive contraction in the geographical ranges and species composition of Australia’s indigenous mammal fauna over the last 100+ years. One-third of the world’s extinct mammals since 1600 AD are Australian. Such a record is unparalleled in any other component of Australia’s biodiversity, or anywhere else in the world.’

We are now experiencing the evidence of the cumulative effects of these actions in the loss of native species and a significant reduction in the capacity of natural systems to support our requirements. Our actions today will determine the degree to which these trends can be reversed.

In the same report, the estimated costs and losses are spelled out, remembering these costs were estimated in 2005. No attempt is currently made at a balance sheet which includes values for the loss of ecosystems and biodiversity.

Now it is becoming clear that the cost of repairing damaged ecosystem services is very large indeed… Australia is investing $1.5 billion per annum in biodiversity and natural systems, $1.2 billion of it from government, mostly in an effort to repair damage... The annual costs to agriculture of lost production (around $1.2b) and of environmental repair ($2-6b) are already eating into annual production value ($25b).

In its findings, the report found national scale attention was needed with the primary priority focused on climate change impacts on biodiversity, calling for biodiversity conservation to be embedded into the economic and social fabric of Australia.