AUSTRALIA IS A  global pariah for its unapologetic fossil fuel stance, in the face of the recent IPCC code red warning on climate change.

The post-COVID insistence on a "gas-led recovery" is seen as an "up yours" response to the world.

Currently, the world’s ability to reduce emissions by 2030 is threatened by a metaphorical "gas bomb" because of the high potency of methane over the next few decades in contrast to carbon dioxide.

Australian fossil fuel developers, along with those from other countries, are gambling on a slow international response to enforce emission reduction leaving them with a few decades to cash in on current and new mining developments.

Meanwhile, UNICEF estimates that one billion children are at ‘extremely high risk’ of the impacts of the climate crisis. Many are dying from climate change-related events, drought, food shortage and conflict.

Each of us carries some responsibility for electing governments that pursue policies which result in these outcomes.

One is compelled to question the mindset of fossil fuel industry bosses who perpetrate these developments and the ministers in the federal and state governments who support them.

Either they deny the science of climate change and its impacts, or believe that the export revenue obtained is more important for the current wellbeing of Australians than that of future generations worldwide.

Our disregard for others is signified by a massive gas development in the Beetaloo Basin – followed in four other basins – to be subsidised by over 50 million dollars.

Demonstrable and detrimental medical impacts flow from from climate change, since the total emissions of these five developments are expected to be more than three times Australia’s annual emissions.

Health concerns also arise in the NT from the mining procedures themselves. Extensive research in the U.S. has shown a rise of many diseases in those living within the region of gas fields. That the population is sparse and mainly indigenous may have led to the dismissal of these potential harms in enquiries and approvals. This is detailed further in submission 50 for the 'Oil and gas exploration and production in the Beetaloo Basin'  inquiry.

In the face of all this evidence, we are left searching for an answer to this conundrum. This may lie partly with the close liaison between government and fossil fuel industries, which often leads to the acceptance of industry propaganda and misinformation, such as that gas is clean energy and produces fewer emissions than coal.

But if we consider this as a problem for medical diagnosis, we must look further.

Many psychological studies have shown that CEOs of large companies are much more likely to have a psychopathic personality than other community members. They are often ruthless, persuasive, narcissistic and unable to feel guilt, perfectly created to make money and indeed capitalism is dependent on their success.

These findings are detailed in the book Psychological Roots of the Climate Crisis by psychoanalyst Sally Weintrobe. Her work, as explained by Bill McKibben, in The New Yorker demonstrates that the brain is divided between the caring and uncaring parts. 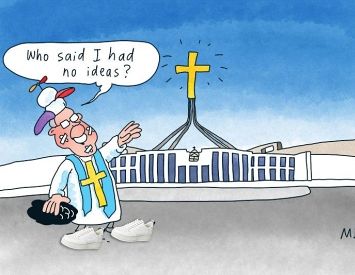 For a time, Arts and Environment were in the same federal department. Both functions have taken a hit, in Scott Morrison’s Christmas departmental reshuffle.

An uncaring mind believes it is uniquely important, deserving and above the rules of society and the common good. Former U.S. President Donald Trump, in his business dealings, handling of the COVID epidemic and his denial of the 2020 election result is a perfect example.

Brazil's President Jair Bolsonaro, whose clearance of the Amazon Forest is a significant driver of climate change, exemplifies similar qualities.

Both leaders remain unconcerned about the thousands of deaths from their policies on COVID and climate change.

Trump and Bolsonaro are psychopathic and narcissistic; they need excessive attention and admiration. There is no treatment to correct this disorder.

At the other end of the caring scale are those who put aside their economic future and safety to live with and help the poor in developing countries, for example, the doctors and nurses of Doctors Without Borders.

Over several decades, the leadership of the fossil fuel industry has carried heavy responsibility for the progression of climate change.

'Exxon officials had embraced a strategy that downplays the reality and seriousness of climate change, normalizes fossil fuel lock-in, and individualises responsibility.'

Beetaloo is yet another symptom of this disorder. One has to wonder if some of the fossil fuel leaders have children and grandchildren and can rationalise their actions.

Climate change is an urgent humanitarian crisis that is accelerating. Adequate mitigation becomes more and more difficult with each passing year.

How can we break out from the current straightjacket of parliamentary thinking, which is able to accommodate self-destructive thinking?

We are beset by a party system that chooses candidates from a narrow membership and therefore provide limited choice and ability. Many seek only their personal advancement; the success of their party is therefore paramount.

Their mindset of caring is sometimes low and lives are unnecessarily lost with woeful government and opposition policies on climate change. 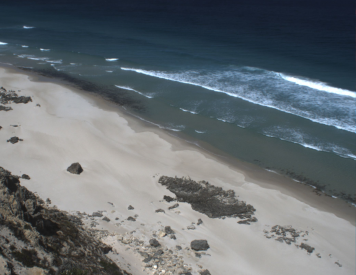 COVID-19 development strategy could be damaging to the environment

It is unlikely that the next election will bring sufficient change in the major parties to deliver the large reductions in emissions needed.

For the forthcoming election, we desperately need people of national standing from all walks of life to step forward as independent candidates to break the nexus of inadequate action.

They will stand for climate change action. Those voters with the most to lose from current Government policies, the young who have demonstrated their leadership on climate change, must step forward.

Many of us must help and the organisation Climate200, which has been formed to support independent candidates.

The fervent hope is that an influx of independents would be joined by enough concerned members from the moderate Liberals and the left, socially-concerned part of the Labor Party to pass effective legislation.

The Government quibbles over net zero emissions by 2050 when it is becoming apparent that net zero must come in the next decade.

Time and tide wait for nobody.

Dr David Shearman AM is Emeritus Professor of Medicine at Adelaide University, a patron of Economic Reform Australia and the co-founder of Doctors for the Environment Australia.