Writing on the sky: an IA night at Jimmy Watson’s

By Kate Ahearne | 15 May 2013, 12:35pm | comments |
Kate Ahearne was at Jimmy Watson’s with the IA crowd last Friday, and says she came away inspired and excited by the possibilities of the new media. 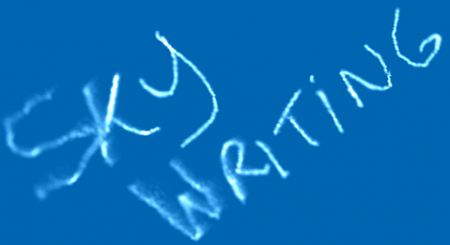 "Now we have the miracle of writing on air, writing on the sky."
~ Tess Lawrence

Well, here we are, Friday night, at the Independent Australia get-together at Jimmy Watson’s in Carlton.

As for the likes of me — I’m sipping a glass of ‘socialist/socialite’ chardy, and chatting with a bunch of lovely like-minded souls that I’ve never clapped eyes on before.

My dear old friend is with me, and (‘thank you, God!’) he’s paying for the drinks. I know he can’t afford it, but he doesn’t seem to care, so I’m measuring myself.

No need for too much small talk, we’re all on the same page — that’s why we’re all here tonight.

So here I am on the banquette (which, I believe, is fancy-pantsy for ‘padded bench’) and tucking into the ‘famous Jimmy Watson’s finger food’ which, where I come from, is called a ‘bankwet’.  And sipping the chardy, a bit shy, perched on the padded bench, and chatting with the wonderful Gee. Pinching myself. Not saying anything sensible at all. But Gee doesn’t seem to mind. I keep touching his sleeve in case he’s not really Gee. But he really is. 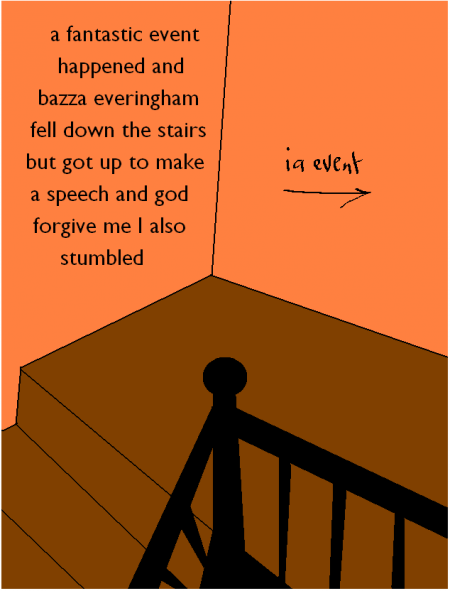 In the beginning, there was the gnashing of teeth


A few short weeks ago, I was just another tired, sixty-something grandma who didn’t like to watch the news too often or read the papers, or listen to the radio, because it was all too depressing. I was, however, keeping a casual eye on some of the ‘new media’ sites, like Crikey and Independent Australia; dabbling, I suppose, and occasionally leaving a cranky comment or, more often,  a ‘glowing endorsement’ of some of these brave Fifth Estate souls who were so dedicated and so engaged on behalf of us all.

Then, something happened; March 21 and the leadership challenge that the media had been stirring up, speculating upon and, actually, creating, for a long time — and the challenger who didn’t turn up.

This was too good/bad/scary an event to miss, so I was glued to the media all day, becoming more and more dismayed by the antics of the journalists who were supposed to be there to report this monumental non-event. They were there, alright, with mikes and cameras and aspidistras flying, but what they were doing, you wouldn’t, and you couldn’t, call ‘reporting’.

Kevin Rudd’s announcement that he was not a contender should have put the leadership issue to bed, but it didn’t. So, in a frustrated response to an article on the Independent Australia website a couple of days later, I wondered aloud whether there were any campaigns going on that I might lend a hand with, or any individuals who might want to engage in, a little bit of this or that.

Apparently there were, so I resurrected an old blog-site, and for a few days I was overwhelmed. Still am, in fact. We set up a new blog-site, and there we were, Fair Media Alliance, out there in la-la land mixing it with everyone from Rupert Murdoch to smaller, but much friendlier publishers, including IA, and especially their contributing editor-at-large, and Pearl of Great Price, Tess Lawrence.

As Tess has put it with such passion and such power: 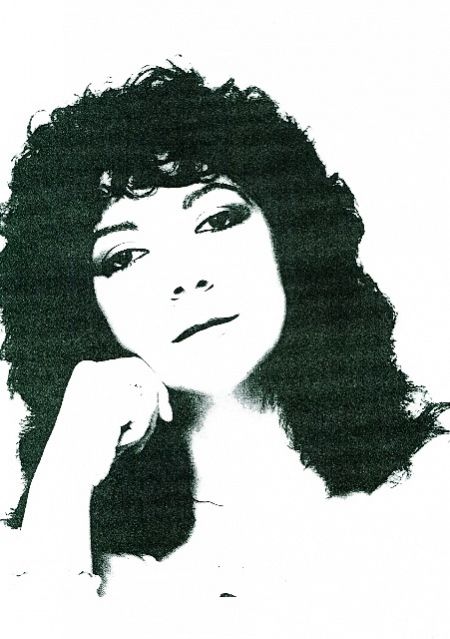 We are all journalists. We are all witnesses to our lives and the lives of others. Sometimes our deaths.

Citizen journalism has always recorded our shared journeys; whether in song, through minstrels, balladeers, poets and puppeteers, in paint, even in carpets, tapestries and textiles, cave art and graffiti, town criers, tombstones and letters, totems and songlines and other wonders.

The World Wide Web is the shared address of the peoples of the world.

It is our house of many mansions.


This is (the best) part of an exchange that happened between Tess and me, when I registered a little hoity-toity disgruntled disagreement with a piece she had written about Clive Palmer for IA — and Tess telling me not to be such a princess!

Honestly ‒ or as Tony Abbott would say, ‘quite frankly’ ‒ if I’d written those wonderful words that Tess wrote on that occasion (after a little bit of fun, back and forth) I’d know, right there, that my life hadn’t been wasted.

So, Tess befriended us at Fair Media Alliance and the short story is that we became buddies, never having met. I invited Tess to come and ‘view’ us, and maybe vouchsafe us with a comment. She invited/challenged us to re-post her article — so we did, along with the thread of discussion that culminated in Tess’s wonderful manifesto. We called it ‘The Princess Thread’.

So, this is how I came to be sitting on the banquette, upstairs at Jimmy Watson’s, taking a good look around, as grannies do, checking out ‘the others’ – not what they were wearing, never having given a bugger about that sort of thing ‒ but the demographics. Who were they?

Well, I was quite astonished to notice that they were mostly people in my own age-bracket. If I’d imagined anything, it would have been a bunch of ‘grown-up’ ten-year-old internet surfers and political warriors. My heart was warmed, but also warned, seeing this array of older folk.

Many years ago, I was a bit of a grown-up ten-year-old myself, although we didn’t have the technological barriers to leap, back then. All we had to do was to change the world.


So I took part in some radical and pretty silly ‘70s stuff, and some serious stuff, too.  For instance, it was wonderful to be on the banquette with Bill Deller, who would be at Community Radio, 3CR at some unthinkable hour in the morning. Bill would probably rather that I didn’t say this, but he’s not much younger than I am, if at all. All those years ago, I was involved with 3CR, too, so my heart flew out to Bill, who’s still doing it, while I’ve been asleep, like Rip Van Winkle, under a hedge, all these years.

And Lyn, Bill’s friend/wife/escort/girlfriend? When I had a little chat with Lyn, who was also in my age-bracket, I discovered an intelligent woman, worried about the state of the world; energetic, well-informed and switched-on.

Then there was Moira, who impressed me hugely. She had come on to Jimmy’s after a great big high-level sort of day in the real world, and there she was, on the banquette, trying to teach the unteachable (me) about Twitter. It turns out that Moira is a Twitter queen — in my age bracket, but a whole lot more au fait.  Gorgeous, exuding niceness and enthusiasm. I now have Moira’s card in my purse, along with others. Ain’t life grand?

Later on, a few of us die-hards stayed for dinner and, at last, the demographic seemed to have shifted. At least six of about fourteen of us were (probably) under forty.

To my right was Matthew Mitchell, who talked with me about new media, politics, his father, his son, and all sorts of other ordinary, unpolitical stuff. He spoke so beautifully, so eloquently, that I wondered if I was chatting with a best-selling novelist. I realize now, too late, that I should have his card in my purse, too. But I don’t, and he was lovely. I suspect I’ll see him again — in the bookshops or on the telly, perhaps.

Next to me on the other side was a young woman. She seemed to be alone here, out of the blue. She remains a mystery – only spoke when spoken to – and not spoken to often enough by me. She might have been the one of us who best represented the ordinary, everyday ‘public’. I don’t have her card, either — shame on me.

Next to her was a young man called George who talked like a talking machine — sensible and charming and passionate, too. A politician on his bike, sans lycra. Try as I might, I couldn’t fault him. Nor could I get a word in edgeways.

And up the end of the table was Professor Paddy Dewan and his partner, Padma.  We’ll probably hear more about Paddy and Padma — it’s a whistle-blowing sort of thing. Stay tuned.

So home I go

So home I go, James, and don’t spare the horses. My head is spinning with excitement, inspiration, and all sorts of ideas about what this all might mean.

From the moment I arrived at Jimmy’s and was greeted by deputy editor, Sandi Keane, I was made to feel like one of a family, as was everyone else. Then there was David Donovan, creator and managing editor of IA – a young man by my standards, smiling at me all over his face.

Would a gathering of readers and Herald Sun personnel have this kind of oomph?  A resounding ‘no’. Would they go home inspired, like we did? Wanting to change the world, and empowered for the job?

And whatever Rupert Murdoch might have in the way of cash and ruthlessness, and pockets-full of shonky politicians, he doesn’t have what we have — a common cause and a sense of ‘miracle and wonder’, as we go home to read each other’s messages on the air. And ‘writing on the sky’. 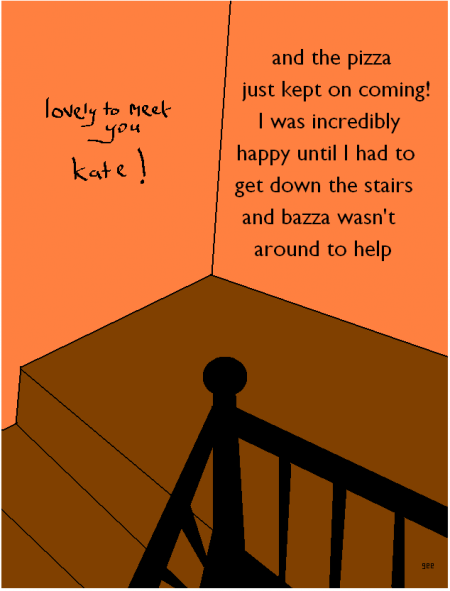 Writing on the sky: an IA night at Jimmy Watson’s