Airbnb must be regulated by governments to ensure that we can eradicate Australia's housing crisis, writes Tom Tanuki.

I AM A tenant in a block of shoebox apartments. In blocks like these, you come to live mindfully with your neighbours. Burn your meal on the stove, which you’d be lucky to have a rangehood for, and all the connected smoke alarms go off throughout the block. If anyone is too noisy it feels like they’re in your living room yelling at you, so you learn to tone it down.

You learn a certain kind of etiquette; in these little shoebox apartments, you are forced to live about as interconnectedly as the smoke alarms.

Unless you’re my neighbours upstairs. They bought two of these little apartments, spent some time renovating one, then converted it into a short-term rental while they moved into the other. So now I live underneath an Airbnb.

The stairs into this Airbnb go past a room in my house. So now, at least two rounds of tourists a week gawp weekly into this window at me, in my shoebox, working. Sometimes they wave at me. Mostly they just stare at me vacantly, like I am a gorilla relaxing in my zoo enclosure. For clarity, I am not in an open gorilla enclosure. I am a human. In my home. 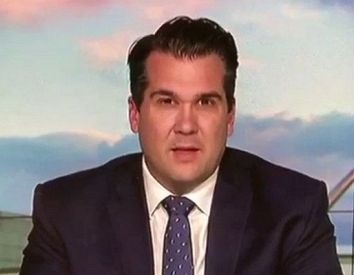 House prices skyrocket and social housing collapses under the Coalition

Under the current Coalition Government, provision of public housing has fallen to an all-time low and house prices are soaring, as Alan Austin reports.

I resist the temptation to get angry at them as they, say, knock on my door to ask me how to get into their Airbnb. It’s not really their fault. They’re just randoms on a holiday. It’s these parasitic neighbours.

It’s often charged that the "kill all landlords" rhetoric of some lefties is unnecessarily divisive. None of us expected to witness that entire discourse blown out of the water by the appearance of a lower form of human life than ever before: landlords of short-term rental properties flipped during a widespread housing crisis. Long-term rental landlords look like saints by comparison. What a development.

I might be frustrated by these gawping idiots in my window, but at least by the grace of the almighty landlord, I am still allowed to exist in my gorilla pen. Tenants in one South Brisbane set of apartments were recently told they have to vacate the whole building. Every single apartment is being converted into Airbnbs.

Brisbane City Council announced they’d hike up rates by 50% for any properties converted into a short-term rental. It’s nice to see someone attempting to respond to the housing crisis that Airbnb augments, but it’s not enough: most Airbnb occupancy and rates would more than adequately cover a 50% rate increase. I think my neighbours are making at least $800 a week from their Airbnb. A rates hike like that wouldn’t deter them.

The Queensland Greens recently proposed a rent freeze for two years to combat this deepening crisis. All across Australia, people are suffering increased homelessness and wildly low rental availability; the problems faced by people in NSW’s Northern Rivers are by now well-documented, but they’re all the capital cities are facing the same problem.

But I suspect this may only fuel the rise of further short-term rental parasitism. The obvious option for the landlord is to simply depart the residential rental market altogether and convert their apartment into an Airbnb. No rent freezes there.

Greens councillor Jonathan Sriranganathan recently shared a guide to identifying thousands of Brisbane properties listed as vacant on Census night, adding that research indicates they are likely investment properties. He made it very clear that he, a councillor, was not endorsing illegal activity such as squatting, while also declaring a truth:

'It would be far better if these homes were occupied by people who need housing, rather than left empty.'

He was chastised by shameless, disgusting bootlickers for not-quite-endorsing squatting. Australians love to suck boots. We who are not burdened by the duties of government must help advance Sriranganathan’s argument to its obvious conclusion. So: I officially endorse squatting. I endorse permanently confiscating empty investment properties during a housing crisis. I endorse the financial ruin and permanent misery of all short-term rental landlords.

I’m sure we can think of creative ways to do these things. The widespread homelessness of working-class Australians is a bigger priority than some fat tick’s investment portfolio.

Must we just wait around and do nothing until we’re in the same boat as New York City, where a total long-term rental inventory of 7,699 properties compares to 10,000-20,000 Airbnb listings? Their city is replaced by holidayers. Their hospitality industry is crumbling because nobody can live locally to work locally. NYC does have a law of not allowing short-term whole-apartment rentals in a building with multiple units, with $5,000 fines as a penalty. We absolutely need a law like that in Australia, as a starting point.

Although, considering the aforementioned statistics, it seems there’s ways around the law in NYC.  Perhaps they just weather the costs of the fines and go on sucking the city’s blood. These ticks are persistent.

Inside Airbnb, a site which outlays data on Airbnb rentals across select cities and regions, suggests that 57.9% of Northern Rivers short-term rentals are multi-listings. That is, over half of the accommodation denied to that region’s local population is owned by landlords who own multiple Airbnbs. We’re clearly talking a very small population of very wealthy parasites.

As I write this, another idiot gapes at me, the dumb gorilla, as they enter the Airbnb. What really got me from the outset was the way my neighbours lied about opening the Airbnb in the first place.“We have friends staying over,” they bullshitted me. Hey, why would you need to tell the truth to renting pond scum like me anyway? 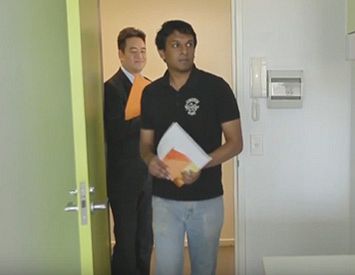 These people don’t feel subject to the rules of etiquette in interconnected little shoebox apartments like mine. They live unburdened by the knowledge that being shitty might result in someone lagging on them to the real estate agent. They seem very comfortable in this knowledge. They blare their one Hootie & the Blowfish album too loudly, their nasty little chihuahua tries to bite me every time I go outside, and to top it all off, my private life is a zoo. I am but a lone, enraged gorilla.

I have no legal rights upon which to dispute this astounding arrogance. I have seen various dumb ideas bandied about online for situations like the one I’m facing:

These are all dumb.  I don’t know how to respond.  I won’t write some of the "clever" ideas I’ve had. I might not be a councillor like Sriranganathan, but trust me, one can lose more than one’s job for some of the ingenuity one has contemplated of late.

I’d much prefer to see our governments act on this situation. Quickly. I think that if they don’t hurry up and take steps to resolve this plague of ticks, pissed-off working-class people will probably take some dumb steps of their own.

10 September 2022, 8:00am Airbnb must be regulated by governments to ensure that we can eradicate Australia's ...

27 August 2022, 8:00am Far-right provocateurs have no regard for the truth and manipulate it based on what ...
Join the conversation
comments powered by Disqus
News updates