While Australia has been actively working against the wage theft problem, work still needs to be done, especially to help migrant workers, writes Dr Sabrin Farooqui.

THE ELIMINATION of wage theft by employers in Australia has long been a goal of industrial unions that have campaigned in recent years to stamp out abuse of vulnerable and financially unaware workers. While this campaign has elevated awareness of employment rights in the workforce and in many cases has had stolen wages successfully restored by the courts, a large portion of Australia’s workers remain at high risk of being denied their entitlements by unscrupulous bosses.

Put simply, many migrants, refugees and people seeking asylum are often unaware of what they are entitled to or if they are being ripped off by the people who employ them. If they are aware, they have little to no idea of how to stop the financial abuse or to seek assistance to have their stolen wages restored.

As a social worker, I deal with many refugees and people seeking asylum on a range of issues each and every day. Some of the most difficult ones are from those who believe they are doing the right thing by their adoptive country by working hard and paying taxes expected of them, only to become victims of these unscrupulous employers set to make a quick buck at their workforce’s expense.

Two of the most recent cries for help concerned workers who had been terminated on the spot and without reason. In the process, they were denied their notice periods and other entitlements. When they sought the payments they were rightfully owed, the employers, in turn, tried to accuse them of serious misconduct. 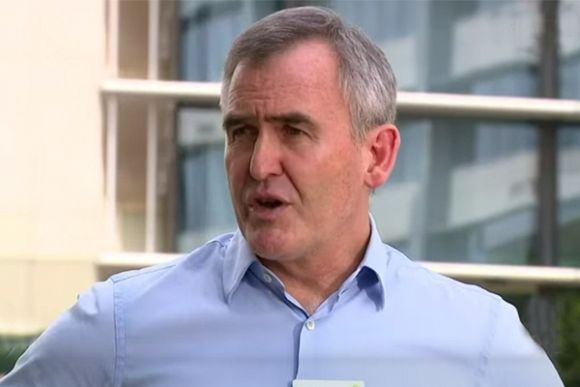 Labor is calling for a comprehensive national inquiry into the wage theft epidemic currently plaguing Australia.

There were no allegations or evidence of any misconduct during their employment, it just came down to the word of the vulnerable migrant workers against the bosses. Even worse, the workers were at a loss as to why this was happening and what they could do about it. They did not know about the option of submitting a complaint against their unfair termination.

Like many migrants, they were not members of the union and did not know how to become one.

They turned to me as a social worker with experience in the community sector because they simply had no idea what else to do or where else to go.

One of them, Abul Kalam, said:

“The employer did similar things to many other employees during my work time. Most of these employees were asylum seekers, refugees, or newly arrived migrants. Hire and fire was pretty common there. There was never any reason provided to the terminated employees.”

“Employees in that workplace were treated as disposable objects. When I was terminated, I pleaded many times not to terminate my work. There was never any issue with my work and it’s extremely hard to get a job, but he never listened. I didn’t have the language skills to fight back.”

I helped these people to lodge wage theft complaints and in one case successfully claimed for back pay. The other case is still in progress, but we are hopeful.

Sadly, these are far from isolated events and in fact, are widespread.

There have been several reports recently on the mistreatment of and wage theft from refugees and migrant workers in Australia.

In one report in the Sydney Morning Herald, vulnerable migrant workers were found to be employed in dangerous and hazardous working conditions and, to cap it off, they were underpaid.

The Australian Workers Union has called wage theft a ‘national disgrace’ and lodged claims on behalf of the workers with the Fair Work Ombudsman. A similar case has been reported more recently, again in the Sydney Morning Herald.

Meanwhile, I have been approached by many more people of migrant backgrounds asking for help for similar types of circumstances.

They are also unaware of their rights as workers. Their poor language skills and lack of knowledge about workplace rights make them hesitate to lodge complaints. This puts them at a significant disadvantage when compared to their colleagues from English-speaking backgrounds or to those who have local experience, who are more familiar with workplace rights and entitlements.

We need to do more to increase awareness of basic employment law and workplace rights to people who are new to this country. They should know where they can get information about their payments, entitlements, where to lodge complaints and where to get help with the language.

Moreover, it is crucial for them to know about the role of a union, how a union can help them fight for their rights and how to become a member.

Only then can we expect to stop such injustice from happening to the vulnerable and disadvantaged in our society.

Dr Sabrin Farooqui is a passionate community advocate for social justice and cultural diversity. She has worked for private and public sectors, in higher education, research and policy. Currently, she is the president of Cultural Diversity Network Inc.

Help is needed for culturally diverse communities during pandemic

4 September 2021, 4:00pm The recent COVID-19 outbreak in Australia has highlighted the importance of clear ...

20 June 2021, 1:00pm Locking people away in detention centres for indefinite periods, then releasing ...

4 April 2021, 1:00pm Until we fully embrace our new arrivals and eliminate all forms of racism and ...
Join the conversation
comments powered by Disqus
News updates