Independent Australia founder and director David Donovan pays tribute to one of this country's most valued journalists, Mungo MacCallum.

VERY SAD to hear that Mungo MacCallum has died. An Independent Australia contributor for years, I've known Mungo since my time as a director of the Republican Movement, a decade and some ago. A charming man, incredibly astute, brilliantly eloquent and utterly his own. Such a loss.

Mungo has two stories in our top nine over the last week and only announced his retirement on Monday. He kept writing right until the end. What a professional he was.

Mungo was part of the Bunyip aristocracy, as his family were offshoots of British aristocracy. His great-great-grandfather, William Charles Wentworth, came to the NSW colony in the early 1800s and stamped his mark as an explorer and politician, and as a father of the nation.

His family stamped its mark on this country. His father, also Mungo, was a pioneer of television nationally. His uncle, William Charles Wentworth IV, was a Liberal Party minister under Robert Menzies. Gough Whitlam described Mungo as “the tall, bearded descendant of lunatic aristocrats”.

But, despite his family being known generally for its Right-wing views, Mungo was from a different cloth. A true progressive, Mungo cut his teeth on the alternative Nation Review — the journalistic cradle of so many fearless reporters and the model for Independent Australia.

Mungo is a journalist such as Australia has very seldom seen and may never see again. Irascible, incorruptible, totally truthful, fiercely independent and completely in command of every tool in his trade, Mungo MacCallum was exceptional. Vale Mungo, your legacy will long live on. 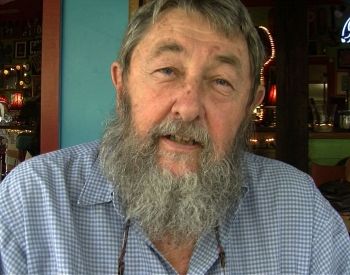 Acclaimed veteran journalist Mungo MacCallum is retiring from his life's work. IA is grateful for Mungo's contributions over a long period of time and wish him the best going forward.