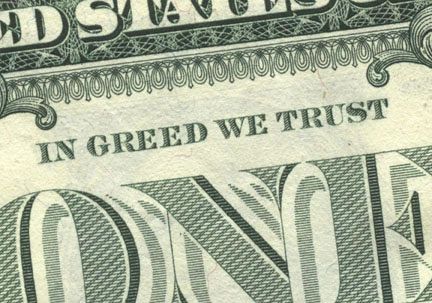 ON SATURDAY, I woke up to the news that 2DayFM prank phone call victim, Jacintha Saldanha, has committed suicide. The nurse was obviously so humiliated (and possibly scared of losing her job) because of the actions of the radio presenters, Mel Greig and Michael Christian, that she took her own life.

This is an awful situation and I feel ashamed on behalf of my generation.

The sad truth is that Greig and Christian are not outliers, in an otherwise respectful and thoughtful society. They are the norm. People are saying that the two presenters didn’t think through all the consequences of their prank ― and this is obviously the case. They were only thinking of one consequence. Their focus was making people laugh, increasing their ratings and getting more advertising dollars. This is what they are paid to do. They work for a radio network that is fighting in court for the right to allow their top presenter, Kyle Sandilands, to continue to be offensive. So it’s clear this was a disaster waiting to happen.

This heartbreaking situation is a perfect example of a company, and our society, relying on the market to make their ethical decisions for them and measuring all consequences in dollar terms. What happened to the moral obligation to care enough just to do the right thing? Not because it’s profitable, but because it’s just the right thing to do. The problem is, in my experience, it is very rare for anyone to care about moral obligations and the consequences of anything unless the result has some monetary benefit or disadvantage to the individual.

An example of this is the backlash against Alan Jones, after he made disgraceful comments about our Prime Minister’s father’s death. It is obvious that Jones only apologised (if you can call it an apology) after his employer, 2GB, told him he had to ― because their profits were being threatened. The ‘right’ thing for 2GB to do was either to fire Jones, or at least require him to change his behaviour. But it was clear to all of us who were outraged by Jones’s comments that 2GB would only take our outrage seriously once their profits were threatened, once advertisers started to pull out. 2GB were never going to do the right thing just because it was the right thing. They don’t care about respect or ethics. The market dictates their moral path. Jones is still on air, still making revolting statements, still whipping up fear and hatred ― and 2GB are delighted.

A larger example of a reliance on monetary advantage or disadvantage to influence individuals and industry is the Carbon Price. What does it say about us that we can’t help to reduce carbon emissions, to help save our planet, unless we see some monetary advantage in our action? Won’t future generations have a right to be incredibly pissed off with us when they find out that some people protested in the streets about power bills rising in cost by a couple of hundred dollars a year, rather than getting off our bums and taking action to fight climate change just because it is the right thing to do? The generation who will have to live with the catastrophic – and hugely costly – effects of a warming planet won’t have the luxury of letting the market decide for them what their moral obligation is. They will have every right to judge us harshly for the part we have played in destroying their future world.

Last week, Mission Australia released the results of their Youth Survey 2012. This survey found that the most important issue that young Australians are concerned about is the economy. I can relate to that. We grew up in prosperous times and, for the last few years, the economic security that we relied on has been pulled out from under our cosy little feet. But what I can’t relate to is the drop in concern for the environment that was also reported in this survey. The fact is, whatever the state of the economy, without a safe environment to live in, we have no life. It seems like such an obvious thing to say, but the message obviously isn’t getting through. Problems such as expensive housing, reduced employment opportunities and cost of living pressures are completely insignificant when you take notice of the looming climate disaster that we are being warned about. And if you think the economy is bad now, imagine how bad it will be when the effects of climate change are felt around the world. Maybe it’s not affecting us this very second. But have we completely lost the ability to care about the future and to do the right thing to make sure we have a future?

I don’t know how we are going to overcome the huge challenges that our society faces. As Jonathan Green wrote this week, the mainstream media have completely let us down in the reporting of climate change and no one has yet found a way to communicate just how serious a situation our world is facing. There is no doubt that my generation is not an easy group to communicate with ― since most consume media not to inform themselves of what is going on in the world, but instead to distract themselves from worrying about life. How else can you explain the obsession with celebrities like Kim Kardashian and the interest in Will and Kate’s unborn child, which spawned the 2DayFM prank? In a week that saw the world’s top scientists unsuccessfully pleading with political leaders to do something more meaningful about climate change at the Doha Climate Conference the ten most read articles on news.com.au don’t even mention climate change.

In an age where individuals make decisions based on the influence on their bank accounts, and companies only care about their profits and share price, it’s hard to know how we will ever get back to the old fashioned notion of ‘doing the right thing’ ― just for the sake of doing the right thing. The ‘market’ was meant to fix all ills; the ‘economy’ was meant to be self-correcting and the perfect equalizer. But the market fails people like Jacintha Saldanha, who get caught up in the cruelty of a single minded focus on money above all other consequences.

Our environment, the place where we live, is now at risk because no one has found a way to show the world that this problem is going to cost them money.

(You can read more by Vic on her blog victoriarollison.com or by following her on Twitter @Vic_Rollison.)