SO, RUPERT MURDOCH has finally solved the problem of family succession.

Elder son Lachlan will be his right hand man. His left hand will be the younger James, who made such a fool of himself in London last year.

This solution has no chance of working out the way Rupert wants it to work out. He is throwing these young men to the wolves who surround him. In the end the wolves will eat them up, just as they did to both of them once before.

Rupert himself began his career only after his father had died. Keith Murdoch was already despairing of his only son’s ability to follow his own long career in journalism.

Until then, Rupert had shown no promise and no skills — even in his favourite sport of gambling on casino tables. He had failed in his education at one of Australia most prestigious colleges. He had failed to achieve any more than a token degree at Oxford University.

Only once, on the day that he died, did Keith Murdoch begin to hold out any hope for his son’s career. A single letter arrived; one that showed a certain interest in British politics.

Keith read it to Rupert’s mother and said:

Just a few hours later, the elder Murdoch went to bed and never woke up.

Now, Rupert has the same vain hope for his own two sons.

But they won’t succeed because neither has anything of the drive, the gambling instinct and the absolute ruthlessness and voracious greed that made the family richer than old Keith could ever have dreamed of.

Both boys had the best of everything in their lives, raised in New York City where their father survived a crash into bankruptcy only by the skin of his teeth. Lachlan was educated in a rich man’s primary school in Colorado, a secondary school in New York, an academy on Massachusetts and, finally, Princeton University, where he obtained a degree in arts.

None of this filled him with any of the toughness and cunning he would need to survive in the business jungle of Wall Street.

A nice guy who tried himself out in newspapers, Lachlan had a succession of impressive titles, but was lost when it came to the day-to-day perpetual crises that are the hallmark of newspaper publishing. Like his father, he wrote no stories, practiced no real journalism, covered no great events to cement his career in the industry.

The second son was born on the ominous date of 13th December 1972 and given an awful package of names that would embarrass most ordinary young men — James Rupert Jacob Murdoch.

He too started at the top in various of his father’s television investments and showed a certain level of promise for a while until he found himself in charge of the family’s British newspapers running what has been shown to have been, if not a proven criminal enterprise, then certainly something that that approximated it.

JRJ Murdoch had to face the embarrassment of a serious parliamentary examination, showing that his only ability was to spin words into a net of confusion impossible to unravel.

It is a sad fact that, for all the hope and dreams that Rupert may hold for his two sons, a plodding diligence will be insufficient for either of them to reach the level of their father’s aptitude and influence. 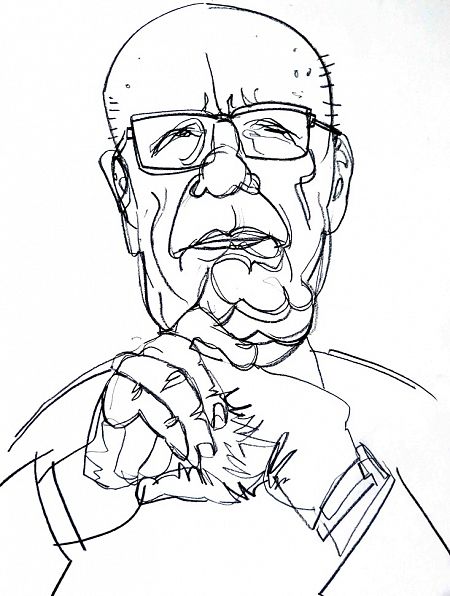