The Federal budget - too boring and too important to be overhyped

As a former accountant and finance analyst, I look forward to budget night with feverish, trembling, anticipation. With calculator poised and laptop fired up and with Microsoft Excel already open, I exultantly digest every one of Wayne Swan’s weary nervous-sounding words with the trembling excitement normally reserved for a jolly-good royal wedding…

I must confess, I didn’t watch the budget. In fact, I never watch the budget. Yes, I am a qualified financial professional, and I worked as one for the better part of two decades in many parts of the world for some of the world's biggest banks and commercial operations, which just means I have done enough soul-sapping budgets, forecasts, tax plans and financial reporting to know that all the detailed and useful information is not going to be read out in the Treasurers speech—which is really just a long-winded PR blurb. The real nitty-gritty will come out through patient analysis of the detail – much of it which will probably not have been released in the budget papers – over weeks and months and almost certainly won’t be stumbled upon in departmental press releases in a 6-hour lockdown at Parliament House by political journalists (AKA Arts graduates). Mind you, that's not to say financial journalists would do any better; they usually have no practical finance or business experience, but make a career out of parroting what other "experts" may have said — such is the echo-chamber that makes up Australia's mass media landscape.


[Watch the Budget speech by Wayne Swan in full by clicking here.]

(Incidentally, why is it that journalists regard 6 hours without their mobile phones as being worse than 6 years in Guantanamo Bay. Possibly because it stops them tweeting, which is what most journalists seem to the majority of their working day doing these days, rather than digging out real stories.)

I don’t know, for the life of me, I cannot properly understand why the Australian media hype budget night like it is going to be more exciting than the Rio Carnival. Intrinsically, a budget is extremely dull and it is always going to be extremely dull for the vast majority of people. Maybe when the Howard Government was in power and it has a policy of distributing juicy voter bribes in the form of middle-class welfare payments, it got a bit more interesting for some people, but these days, where the Government has already announced all the goodies they’ll be doling out in the weeks leading up to the budget, it is truly pathetically dull for most people.

This is confirmed to me by comments found in social media. Here’s a typical one from a Facebook friend:

“<yawn> the federal budget dinner is so riveting....anyone got any matchsticks?”

Even journalists newly out of lockdown agree. One Canberra press gallery journalist made this comment on Facebook after Swan’s speech:

“was that unremarkable or was that just me?”

I made the comment, in response, that budgets are boring, to which one lady quickly remarked:

“Until it bites you in the bottom!”

Which is quite true, but of course things in the budget don’t come into effect immediately and so whatever was announced won't usually bite you on the bottom for several weeks or months, or even years until the day you get your ATO statement back from your personal tax return — by which time you will hopefully have well and truly found out you are about to be bitten.

It seems to me that the mass media in this country over-hype any planned even with a breathless anticipation and endless echo-chamber discussion that is so entirely over-the-top that, in practical terms, it is not particularly useful to anyone.

Is there really a need for a lockdown? Couldn't the budget be read out and we could all find out about it sometime the following day or week? Does it really need to be reported in full in tomorrow’s newspapers? Is it absolutely essential we have breathless commentary online within moments of the end of, or even during, Swan's speech?

The ABC's finance reporter, the widely respected Alan Kohler, put a report on ABC’s The Drum website last night straight after Swan’s speech that – at the time of publication – looked like it had been typed by my 6-year-old son, so full of rank spelling and grammatical errors, sentences being repeated, and askew formatting. Clearly, the man had been asked to produce something on the spot and he just rattled it out without review. Really, not especially convincing or credible journalism.

For people on average incomes, for whom most policy initiatives probably won’t effect them substantially, it is enough for them to find out about any budget changes in the days and weeks after it is announced. There is no need for this race to report, this hype — the information is simply not that time sensitive or sensational.

I have a couple of working theories about the media hype, but they are just theories, no more.

One theory is that the budget is reported with such enthusiasm by the media because – although the budget is not of massive interest to middle-Australia – it is of incredible interest to the rich and powerful – which, of course, includes media proprietors – who stand to make, or perhaps lose, substantial money as a result of changes to tax laws and other budget initiatives. I reckon they must think all people are as avariciously concerned about these matters as they are, hence they ensure their staff report on the budget with frantic and frenetic diligence that they themselves are employing to study the information.

My other theory is that the mass media simply love to report a staged event. Editors undoubtedly think it’s wonderful when they can plan, get reporters to turn up at a fixed place at a certain time, be given reams of information and then keep two thirds of page one, most of page 2 and then page 4-13 devoted exclusively to a set event. Refer also to the royal wedding. Sadly, news these day is just all about entertainment from the media industry and the “reports” are undoubtedly largely opinion or “facts” parroted from Government, or Opposition, press releases.

But, let’s not kid ourselves — the budget is important. Too important, in fact, to be reported in the way it is, with hasty speculation and hype. It determines the spending and revenue raising measures by the Federal Government over the coming year and beyond. For comfortable middle Australia, the budget may be of not great interest, most of the time, but for those on the margins – the poor, the disadvantaged, the people in care, the homeless, the sick and the disabled – a federal budget can literally be the difference between enjoying health and happiness or suffering homelessness and heartbreak, for example.

So, in the interests of the most important people in our society, the unprivileged, I have prepared the following report, which gives the responses to the budget from three major charities assisting the needy. These are people who really do know their stuff—at least in their own area. And frankly, I would prefer to hear their opinions than a room full Alan Kohlers or Ross Gittins.


HAS THERE BEEN ANY HEART IN THE BUDGET

“A harsher welfare compliance regime and the extension of compulsory income management are measures that assume that if you are disadvantaged your problem is idleness.

“Idleness is not the problem. The problem is entrenched inequality.

“The Government has stated its good intention to train Australians. We support this investment unreservedly. But you don’t create a smart and confident Australia by taking to people with the stick. This might have been the educational philosophy of years gone by and it might be a clever way of scoring political points, but it will not build a stronger, smarter economy or a fairer society.

“For a single unemployed person, the battle to survive on $34 a day is a battle that is waged from below the poverty line. The government is right to look at this and say that life should be better, but wrong to claim that the answer lies in making life harder.

“We encourage the Government to seriously analyse the actual causes of unemployment, especially in areas of concentrated disadvantage. We applaud place-based initiatives that support people who have been left out or pushed out. We also welcome the boost to mental health spending.

“But we cannot condone the Dickensian rhetoric of needing to take a stick to the backs of the poor." 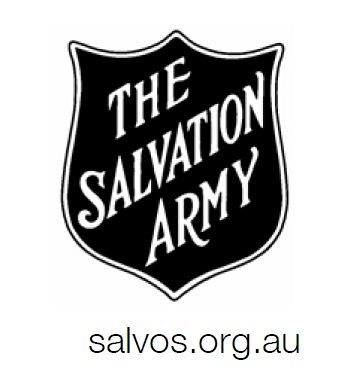 The Salvation Army has cautiously supported elements of the 2011 Federal Budget, welcoming measures to increase workplace participation and funding to mental health services, but with some concerns related to compliance and benefit cuts to the disadvantaged.

“However, it would appear there’s a group of very vulnerable Australians who could be worse off under the changes in terms of benefits they receive,” he said.

“There’s a complexity to some of these changes and it will take some time for us to work through all the implications. For example, we have concerns about what the compliance measures will be around initiatives such as the teen parent program.

“We welcome the establishment of the Australian Charities and Not for Profits Commission as a worthwhile development, with its stated intentions of reducing red tape and duplication within the sector,” said Major Alley.

The Salvation Army re-iterates its commitment to work with the Federal Government on behalf of all Australians.

Australia on track to deliver its aid promise

International development agency Oxfam Australia has applauded the Government’s move to increase the aid budget and stay on track to meet the bipartisan commitment to the world’s poorest people.

Oxfam Australia Executive Director Andrew Hewett said: “This is a good news story. The money will save lives and help some of the world’s poorest men, women and children.

“Honouring our commitment to helping people find a path out of poverty will not only improve lives, but it’s also good for all Australians to be living in a more stable and prosperous region.

“It’s positive to see a schedule for steady growth in the aid program. This is a responsible step towards fulfilling the bipartisan commitment on aid.”

Under a commitment agreed to by both major parties back in 2007, Australia’s overseas aid budget will reach 0.5 per cent of our national income by 2015.

This year is also a critical time for Australia’s aid program as the Government is currently considering its response to the recently completed independent review of aid effectiveness.

The review, the first in 15 years, will help to ensure the effectiveness of the aid program, and make sure our aid dollars are having the greatest, positive impact on the lives of poor people.

Even with the growth in Australia’s aid program, we rank just 15 out of the world’s 23 richest nations in terms of aid budgets.

Mr Hewett said despite difficult economic times, Australia is still one of the world’s wealthiest countries.

“We can afford to help those at home and provide aid to those overseas who are less fortunate than ourselves.”

With just several years until the 2015 deadline for the United Nations Millennium Development Goals – which aim to halve global poverty – Mr Hewett said it was positive to see Australia’s aid budget moving in the right direction.

Aid is already making a real difference to people’s lives. Australian aid has helped to eradicate polio in the region. Around the world, 40 million children who never would have learned to read and write are now at school thanks to money from rich countries.