The end of newspapers and the rise of the online magazine

By David Donovan | 15 February 2013, 1:29pm | comments |
Managing editor David Donovan explains why the age of the one-stop newspaper is over — and not just in print, but also online. 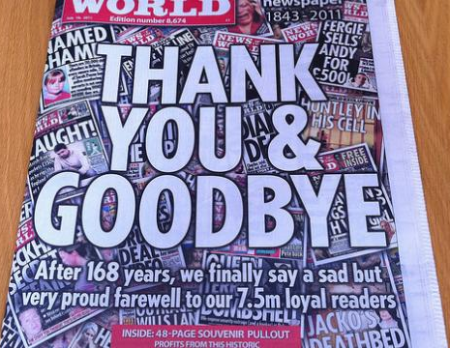 I WOULD LIKE to let you in on a secret.

It’s something I’ve known for a while, but it has really hit home to me recently. And I think I should share it with you, because it’s pretty important.

But that’s not the secret!

Lord no, everyone knows that simple fact and the trend is clear and irrefutable — as shown by these figures released today.

The real secret is that newspapers will never be able to shrug off their giant albatross ‒ those expensive old presses ‒ and find a true home online. The world is changing, and the newspaper is going the way of the dodo; print or online, it makes no difference.

Now, this may seem to be a bold statement. Yes, print is defunct ‒ seems to be the accepted wisdom ‒ and many newspapers will go under, but many will manage to transition online, lure lucrative sponsors and, without their costly overheads, eventually make a tidy profit. Won't they?

Well, maybe they will — but they won’t be true newspapers anymore, because the idea that any single publication could hope to give anyone all the “news” they need to know in the world is kaput – finished – and will never (thank heavens!) see the light of day again.

Now, the idea of getting news is good. But the idea that a person would get all his information from a single source is downright dangerous. Because it might be that your source is decent and goodhearted and public-spirited — or it might just be that your source is Rupert Murdoch! It is far better to get your news from many sources — and a newspaper, no matter how many people work for it, is still just a single source. 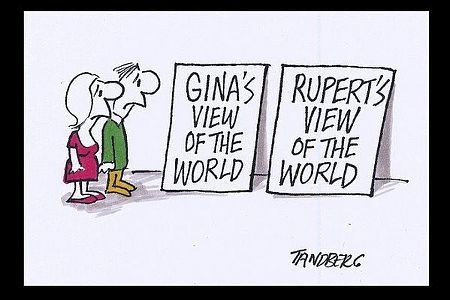 Now, when I was studying journalism part-time at Brisbane’s QUT in the mid-1990s, the first thing they told me in Newswriting 101 – or whatever it was called – was to be a “voracious consumer of news”. We needed to become informed, was the idea, because most journalism students were coming straight from school and had not developed a wide understanding of current affairs — a major liability in the news industry.

I was a little older, and I'd completed my first degree, was already in a career, and was already a big consumer of news.

Or, at least, so I thought. I read the Courier Mail every day and watched the ABC news every night. I was informed. Well, wasn’t I?

According to my lecturers — I wasn’t.

So I started reading the only other readily available newspaper in South-East Queensland, The Australian, and I started watching at least one commercial television news bulletin a night, along with some radio.

Now I was informed, wasn’t I?

Now, according to my lecturers — I was.

But was I? I felt unsure, because The Australian often had exactly the same stories in it as The Courier-Mail.

How could this be?

Well, for one thing, because both publications were owned by the same publisher, News Ltd. If a story fitted their agenda, it might run right across their whole stable — some 70% of Australia’s print media.

Secondly, many stories in both publications originated from Australia’s press agency AAP (Australian Associated Press) — which is also 49% owned by News Corp.

And then, of course, if you went to the library and read the Sydney Morning Herald, you often found the very same stories too, because another 49% of AAP was owned by the SMH’s publisher, Fairfax.

And watching the news, on commercial TV and the ABC, I soon found that much of their international footage was exactly the same. I had no idea why, at first, but I found out later, when I did my television news studies, that this was because these broadcasters all got their footage from pretty much the same international agencies: Reuters, AP, AFP, BBC and so on. Apart from a small number of correspondents, they were digging up their news from relatively homogenous sources.

So, in Brisbane back in the mid-1990s, you could try to be a voracious consumer of the news — but you more often than not would be consuming the same bland corporate pap.

I finished my journalism degree in the year 2000 and went to London with high hopes of being a business reporter. The fact that I had a journalism degree, was a qualified accountant, and a former banker, did not impress Fleet Street in any way; it seemed they preferred finance and economics reporters who had been trained exclusively in the media and had no practical finance experience whatsoever. This was puzzling to me, back then. But, in any case, survival meant I was soon back working in investment banking.

But I was always writing and was committed still to being a "voracious consumer of news”. My daily regime was to read the main stories from The Guardian, The Telegraph and, online, the SMH, Washington Post and New York Times.

And some days, I even managed to fit in some bean-counting on the side!

I felt like I was pretty informed back then. Now, looking back, I'm just not so sure.

When I came back to Australia in 2004, my news habits changed again.

These days, I don’t go and seek out newspapers – online or offline – to get my fill of news. I also generally don’t watch the TV news — apart, occasionally, from News 24 if, say, a major disaster or significant event is happening.

So, am I no longer a voracious consumer of news? And how on earth can I edit, and write for, an online news magazine if I almost never peruse the mainstream media?

The truth is, I am still both an avid consumer of news, as well as a regular consumer of it, from all sections of society — including the mainstream.

However, my news selection is no longer done by a newspaper editor, or a television news producer, or even a website editor – it is done by a large number of regular everyday people whom I trust.

You see, I can soon find out what’s interesting people at any time by simply looking at my Twitter feed. If people are tweeting and retweeting something, or putting it into my timeline, I’ll follow the link or look at the image or watch the YouTube video or read the comment — or whatever.

My tweeps are rarely wrong. I get so much more from their work than I ever could from a jaded suit in the Channel Nine studios, or some News Corp hack out to revere or ruin someone.

For instance, I got the scoop on the Grahame Morris “kicking her [Julia Gillard] to death” story because of the outrage among the tweeps minutes after his obnoxious comments went to air.

I got in contact with the SkyNews studio that night and the story grew from there. In days gone by, without Twitter, the comments would have been made and the closely knit media community would simply have hushed it all up. But this time, we didn’t let them.

I was up writing, like I am now, late at night when Margo Kingston sent out a plaintive message through Twitter that ABC’s The Drum wouldn’t publish her Tony Abbott / Pauline Hanson story. I was on the spot, I published it that night and it was one of the most popular stories we’ve ever had. The mainstream media would have choked that one to death at birth if they’d had the chance.

The mainstream media like to think they set the frame for what people see as being "the news". I am seeing now that their “frame” is actually a form of concealed repression; they don’t want, and they have never wanted, society to know everything it is entitled to know in a fully functioning democracy. A fully informed populace might see the corruption amongst the elites — the group to whom mainstream journalists most often appear to identify with; in clear preference to their audience. Far better and more stable will be society, so they seem to think, if we all stay properly sedated by sport, celebrity, pop music and reality TV.

Well, the wheels are starting to fall off that plan.

Maybe I am not typical – yet – but I get my news from all over.

I get news from blogs. I get comments and tip offs from people on the ground. Pictures. Videos. Audio. I am in contact with information never before possible for a citizen – all in my office, or kitchen, or front yard, or down at the beach — and it has nothing at all to do with the mainstream media. The people who I get my info off are commonly experts in their particular fields, not uninformed journalists trying to get an “angle” into their story.

And the mainstream media don’t like it. They don’t like it because the curtain has been drawn back in Oz and we are seeing that the news is not produced by the sausage machine in newspapers — it comes from people, all over the country; all over the world.

The curtain is drawn and we can see now that the Wizard of Oz is just a pudgy middle-aged man ‒ an editor ‒ who decides, based on whatever editorial mandate he has been given by his corporate betters, which story (that every other publication also has) to put into his newspaper on that particular day. The “narrative” is simply how he (and it is usually a he) wishes to frame the world to the public that day — and every day.

Which is why newspapers are effectively dead.

Because that ship won’t sail anymore. We have too many sources of information. We don’t need some uptown suit to decide upon our news “frame”— we’ll frame the news whichever way we want.

We don’t really care what journalistic “insiders” tell us anymore. And they don’t like it because they are losing status and power.

We now let our trusted friends help us curate the news, and fact check. And we will share this with others, so we can all be better informed — and no longer misled. Or, at least, if we are somehow misled, it will take some doing.

We will decide what is important for us to know, not some self-interested corporate entity.

But what does this mean for publications like IA? We are a news service — aren’t we?

Yes, but we are not a newspaper, nor have we ever thought of ourselves as one.

We are an online magazine. We would never expect people to get all their news of the world from reading just IA; we simply don’t try to cover everything, just what we think we can and what is most important to us at the time. And we want people to read beyond us, which is why our stories are crammed with hyperlinks to outside sources, with videos and with as many other resources as we can include. We expect people to read us because they trust us, believe in our integrity, honesty and goodwill, and know that we aren’t in the business of wasting their time on something utterly frivolous, or without any merit.

Vainglorious enterprises that hope to be a one-stop shop for everything you need to know about the world are destined to fail — because we just don’t need them anymore.