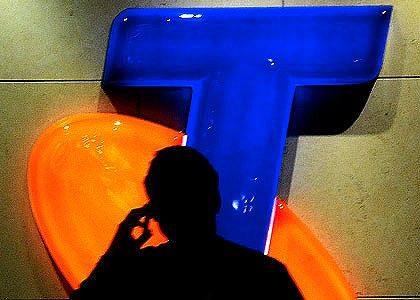 As you may be aware, Independent Australia usually publishes three stories a day — one in the morning, that I usually put up overnight, one towards the middle of the day, and one in the late afternoon or early evening. Apart from the assistance by the occasional intern, I am the only the sub-editor/IT person at Independent Australia, and I do all that grungy stuff – graphics, headlines, proof-reading, basic HTML and publishing. The other four editors at IA – as artists with the written word – concentrate on text, rather than tech. And IA is published out of the ground floor of my beachside house on the Gold Coast in (sometimes) sunny Queensland.

Now, you may have noticed that IA did not have its third story up yesterday evening, and this story is rather late. That is because my internet service had been interrupted. Well, unplugged by Telstra is a better description; no warning, no phone call, no email, no note through the letter box, the cable – which includes cable TV – was simply unplugged yesterday morning, sometime between 9am and midday.

When I got home at midday yesterday, after being out at tennis with my school holidaying son, I noticed the service was down. This is far from unusual, as the service often goes off for short periods with Telstra — you kind of get used to it. So instead of worrying about it, I simply watched a video with the young tyke. It was still down at the end of The Fellowship of the Ring, which is a long movie. I started to get concerned at about 4pm when the internet still wasn’t up. I used my phone to search for outages on the internet, and hidden in small print down a page of dozens of service interruptions listed from areas in every state across this great brown land, there was indeed one noted for “the Gold Coast” — from between 2am on Tuesday to ummmm…no end date. So, with a due sense of annoyance, apprehension, and dread, I rang Telstra, or rather Bigpond. After the obligatory half-hour of verbal and phone keypad options and interminable phone music, eventually I was put through to an unmistakably Indian voice, who proffered the name of “Josh”.

Josh and I spoke for about half an hour. Josh, in rather scornful tones I felt, doubted that my cable had been unplugged, despite the fact I told him – repreatedly – that the Telstra cable TV service was also down. He asked me to reboot my computer and try all sorts of pointless exercises – all of which I refused to do – before eventually he relented and checked the service and found that, to his evident astonishment, my service was indeed down! Then after checking his list of outages, yes there was, of course, a “hub undergoing scheduled maintenance” in Surfers Paradise. He promised that it would be up again by 7am the next morning — which made me rather cross, for a number of reasons, not least the interruption to IA.

And now, of course, as I write this, at 7.15am, and curse the carrier into my coffee, the service is still missing.

This is far from being an unusual outage for Telstra. My Bigpond email was unable to be accessed for 24 hours from Friday to Saturday due to Telstra closing down its email service over the weekend. They did this for “security reasons” after publishing all their client’s private details on the internet over the weekend. This of course, also caused me –  and a million Australians whose email service was interrupted – significant angst — and loss.

And, of course when we moved from Brisbane to our current address in 2008, despite dutifully giving Telstra all the details of our new address well before moving day, we were left without internet and cable for three weeks because Telstra…wait for it…could not find our address in their database. I found this surprising, given our very central location. Eventually, when the service was connected and we tried to get reparations, Telstra refused to refund us for what we paid in wireless internet charges and only gave us a pro rata refund for cable TV and internet – that is 21/31 days for our Telstra and cable TV monthly subscription. So much for good faith.

Of course, Telstra are in the process of being split up by the Government as the NBN Co takes over the Telstra fixed line network. Will the new carrier be better than Telstra? Well, who knows, but it couldn’t be any worse!

It is now 7.45am, the service is still down, and to get this story up I am going to have to pay through the nose for a wireless service. My wife has been on hold to Telstra for the last 20 minutes attempting to find out why our service is still not on and has just slammed the phone down in disgust — it seems the Telstra switchboard is clogged with other people having problems. Why am I not shocked?

Now, I am just about to put some cash on my – all-too frequently used – Next G wireless sim card to try to get this story up on Independent Australia. You may ask why I do not get a business service, since IA is, technically, a business and businesses have stricter SLA’s than residential customers and presumably less outages. The reason is cost — IA is run on a shoestring and I pay all the costs out of my own pocket, distributing all the money made by IA in advertising and donations to editors and contributors. I don’t run IA for the money — but that doesn’t mean I enjoy taking an extra hit.

In summary, Telstra is a joke. I’m giving Optus a call. Or, in fact, any other carrier. This service is not acceptable.

Do you have a Telstra horror story? Please put it into the comments after this article.

(At the time of publication, at 8.45am, the service was still down.)