The sacked CEO of Britain's bankrupt Metronet has somehow washed up as head of Melbourne's Metro system — which is now in the news for bullying a blind woman. Contributing editor-at-large Tess Lawrence reports.

‘The head of failed Tube firm Metronet is to get a £500,000 pay-off, the Evening Standard reveals today.’

It might otherwise be of little interest to this Independent Australia journalist in the Antipodes.

Except for the fact that the turfed CEO of Britain's hapless Metronet in this case was none other than one Andrew Lezala — who left London's financial and structural train wreck only to be appointed CEO of Metro trains in Melbourne. Go figure.

Here, where I am, in Victoria, we seem to have a penchant for giving away our top jobs to failed foreign corporate asylum seekers. Give us your mired, your richly paid out, your muddled masses.

Our headhunters must executive search from the neck down, given our dismal track record (pun intended).

Also, as any strategist can attest — if you employ someone who's been publicly shamed and pushed off the top rung of the corporate ladder because of mismanagement, he or she may very well be a pliant candidate for manipulation. Not that I'm making any such imputations about anyone, living or dead.

There are thousands of Victorians and visitors alike who will attest that Lezala is now doing to Melbourne's hapless Metro system what he so excelled in doing to Metronet. It is a seething morass of incompetence and customer frustration.

Murray went on to writ (emphasis mine):


‘Four other bosses will receive £700,000 between them - and the taxpayer will foot the bill.

‘They were formally sacked today by Ernst & Young, the administrator now running the company which went bust because it could not control its costs.

‘Chief executive Andrew Lezala and the others have a week to clear their desks.’

Well, Lezala would have had a lot of complaints files to carry out of there.

Brian Cook, too, might as well be speaking for today's Melbourne train travellers, when he said:


"It is very regrettable that either the taxpayer or the fare-payer will end up paying the bill for these people who have run a thoroughly disgraceful company."

A couple of years later, Britain's National Audit Office was similarly not reticent in its scathing assessment.

Amongst its criticism and analysis, this:


‘...the National Audit Office has found that the failure of Metronet – a private infrastructure company responsible for the maintenance and upgrade of sections of the London Underground – has led to an estimated direct loss to the taxpayer of between £170 million and £410 million.’


‘Metronet went into administration in July 2007, predominantly because its poor corporate governance and leadership meant that it could not manage its shareholder-dominated supply chain.’

‘1. Metronet contracted to use its shareholders and their contractors as suppliers rather than go through the process of competitive tendering. The five shareholders of Metronet were Balfour Beatty, Bombardier, WS Atkins, EDF and Thames Water. The executive management of Metronet changed frequently and was unable to manage the work of its supply chain.’

The then Premier John Brumby, his government, executive searchers, advisers, mega media unit and the Police Association – that had apparently grown into a pterodactyl limb (or should I say gendarme) of the Government's hiring, firing and conspiring committee – must have mistaken all of this for a glowing reference.

There were other Editorial Notes, but the above is especially pertinent to Victoria and Metro.

Why? Take a closer look at Metro's bedfellows.

'Metro Trains Melbourne is a joint venture led by Hong Kong based MTR Corporation (60%) together with John Holland Group (20%) and United Group Rail (20%).'

I wonder how often these corporate bedhoppers change their sheets. Some of them must be quite soiled by now.

Now, to rub a little more salt into Victoria's wounds, Thiess was 'commissioned' by the former Brumby Labor Government along with water diviners, the France based Degremont, begat by Suez Environnement to build the controversial Desalination Plant at Wanthaggi.

I hope you parlez vous Franglais. Stay with me.

In a special investigation published in The Australian on November 18, 2010, Hedley Thomas, who can count the number of Walkley Awards he's won on one hand, including the Gold Walkley, and colleague Natasha Robinson revealed the explosive news that Thiess had employed the notorious strike-breaker Bruce Townsend, built like a human front end loader, to spy on employees on others.

In Operation 'Pluto' the Tasmanian based Townsend – who has himself been a paid guest of Her Majesty for stealing cars – deployed his stooges within the Thiess workforce to collect intelligence on their colleagues, disgorging it to his masters — apparently in person to as not to leave a paper or electronic trail.

For this, he was apparently paid many hundreds of thousands of dollars. And, as Thomas and Robinson explain, Mr Townsend was not on the normal Thiess payroll. Goodness no, that would never do for a big time security hot shot who doubles as a process server when times are really good. 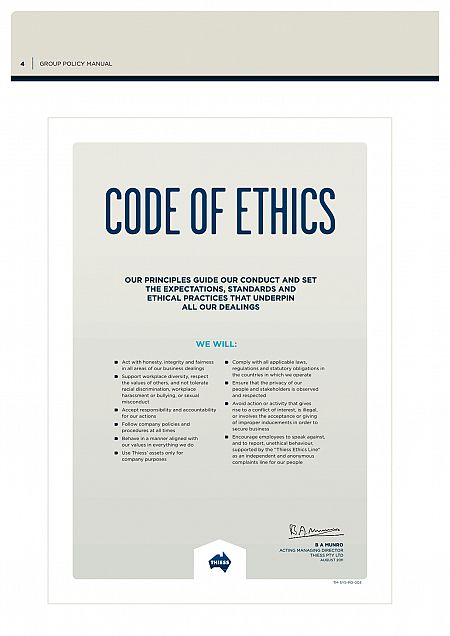 'FROM OPERATION' PLUTO' TO MYKI MOUSE

So, against the corporate culture backdrop of all of this, I cannot stand by and remain mute after reading Reid Sexton's story in yesterday's The Age, about what Metro is doing to blind commuter Annmarie Kelly.


‘…launched an action against the rail operator Metro in the Equal Opportunity and Human Rights Commission over a failure to provide adequate announcements at train stations.’


‘Annmarie Kelly has claimed that the substandard announcements unlawfully discriminate against her on the basis of her disability, and she has demanded they be improved.

‘The commission has accepted her complaint, and a conciliator will look at the matter in two weeks.’

Time and again train arrivals and destinations are not announced on the platforms. We can all vouch for that. To say nothing of the ongoing Myki ticket debacle.

At times, the audio and technical delivery of the announcements are inaudible verbal hieroglyphics, for which there will never be a Rosetta Stone.

NONE SO BLIND AS THOSE WHO WILL NOT SEE

That was when Ms Kelly was supposed to meet with Metro representatives at a Human Rights Commission Hearing.

But cop this: it didn't go ahead because Annmarie Kelly refused to sign a confidentiality agreement with Metro! Nor should she!

What is going on in Victoria the Secret State? Where are you Andrew Lezala? Show some leadership. Come out from the Underground? Speak to Annmarie. Speak to us.

Or do you only see fit to speak to a partisan audience? I thought your spin doctors liked to bill you as 'Mr Fix-it!

What have you fixed for Annmarie? Or your other customers?

Why on earth should she, or would she, sign a confidentiality agreement? Did Metro plan on getting Bruce Townsend to interrogate her? Where are your ethics? Look at how you treat your own workmates working within your coterie! You are trying to gag her. It's not on.

Ms Kelly is entitled to freedom of speech and expression and public discourse and debate unencumbered by corporate thuggery to suppress her. A train system providor ought not to be able to take that away from her. This is not a matter of national security.

You do not hold the right to legally bind her or entrap her with this moral blackmailing technique.

It is not a state secret that your station announcements are pathetic. Substandard at times.

Your PR is as pathetic as your announcement service.

I think you're bullying Ms Kelly because she is blind — and you just don't like it that she speaks both her mind and the truth.

You should be compelled to appear at the Human Rights Commission Hearing and to show just cause as to why you even dare to ask Ms Kelly to sign a confidentiality agreement.

You enjoy a mighty monopoly in metropolitan Melbourne — and yet you so poorly serve us.


You are subject to corporate transparency and public accountability — at least by we the people, even if our governments are so pathetic as to allow you to bypass stations when you are habitually late.

And Annmarie Kelly is part of the process of demanding that transparency and accountability; especially given the Baillieu Government couldn't give a toss.

You are stereotyping Annmarie. She's not helpless. You're hopeless.

I suppose you think that not only should she not be seen; she shouldn't be heard either?

Listen up METROsexuals. Annmarie might be blind, but you are not going to pull the wool over her eyes. And she's looking out for the rest of us as well.