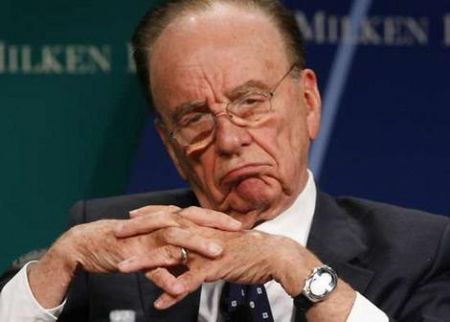 RUPERT MURDOCH is about to face the greatest challenge of his life.

Like Samson and the temple he destroyed, Murdoch is about to rip his life’s work apart and try to restore his ruined reputation. Biblical scholars will recall that Samson lost his hair, the source of all his strength. Rupert, too, has lost his hair and in March this year he will be 82 years old.

Recent legal filings with US Securities and Exchange Commission show how he intends to split his massive international company into two separate parts by establishing a framework  whereby one company will publish newspapers and the other (or others) will have to provide the money necessary to keep both companies afloat.

At 82, and diagnosed with prostate cancer, Murdoch will need all his energies and all his guile to maintain his power over governments. He has admitted as much. Without his ability to both charm and influence some politicians and to destroy the careers of others, he could never have reached the wealth he has attained.

But right now, the continued existence of printed words on paper is undergoing the economic stresses of the greatest technological eruption in the history of mankind.

As newspaper companies fold up, rich amateurs are taking over. There are people who believe, like Rupert, that newspapers can be manipulated to the benefit of the owners.

But success in publishing newspapers involves much more than enjoying the power it can bring.  People today want more than gossip and scandal and sporting results and stock exchange tips and self-interested propaganda. There are plenty of other sources.

Readers are more informed than ever now. They can sift the grain from the chaff much more easily than in the past.

In 2011, Murdoch started an online newspaper called The Daily in the US. It was a miserable failure. Other pioneers in the online news industry are moving ahead in leaps and bounds, but Rupert’s Daily lasted less than two years, achieving a minute circulation of about 100,000 paying customers in the biggest newspaper market in the world. It closed for good last month.

His other US papers, notably the New York Post and the Wall Street Journal, are bleeding money at around $100 million a year. The Times in London is another huge loss maker. Murdoch’s skills in financial manipulation will be tested to the limit as News Corp shareholders see their revenues being shuffled off to maintain the Murdoch pride instead of dividend payouts.

Now his recovery plan is under way. His new print company is registering separately as the New-News Corporation and will include his English and American newspapers, his book publishing companies and his Australian Pay-TV services.

The American interests will include the Fox movie studios and Fox TV under the new name Fox Group. However, Fox Group may be supplanted as the principal company, leaving the New-News Corporation dependant on the profits of its vastly richer entertainment arm.  Part of the reason is the likelihood of legal liabilities following investigations continuing in Britain and the US Justice Department.  The US arm needs to be kept squeaky clean — if possible.

The Australian newspapers (with the exception of The Australian) are all profitable. But recent staff cuts and the introduction of centralised sub-editing is sure to eat into the quality of most of the papers. Murdoch needs the income of these papers to keep The Australian alive to frighten or to subvert politicians according to his wishes.

Another source of helpful revenue comes from the major provincial newspapers that Rupert picked up cheaply around Australia in his early years, including such money spinners as the Cairns Post, the Townsville Bulletin and the Northern Territory News and the Alice Springs Advocate.

At 82, does Rupert Murdoch still have the energy and ability to avoid the hangman's noose and restore his company's fortunes – as well as his own – as he has done so many times before.
Only time will tell.