We need to articulate a progressive solution to ownership in the Pilbara — one that helps us prevent the loss of sacred sites like Juukan Gorge now and into the future, writes Dr Robert Wood.

IN A piece on the Yindibarndi’s court victory against Andrew "Twiggy" Forrest and another on what comes next for Banjima people after the destruction of sacred sites, I discussed the importance of negotiations between traditional owners and corporations in the Pilbara.

In that way, the Federal Government has been all but absent, which reflects my lived experience there. And yet, it is obvious that the Government is failing at its responsibilities to citizens and business. We must express a truer governmentality there in our ordinary lives — and in a way that respects sovereignty. Sovereignty, after all, is at the heart of these conversations, particularly as we come to think about life on the ground for traditional owners. 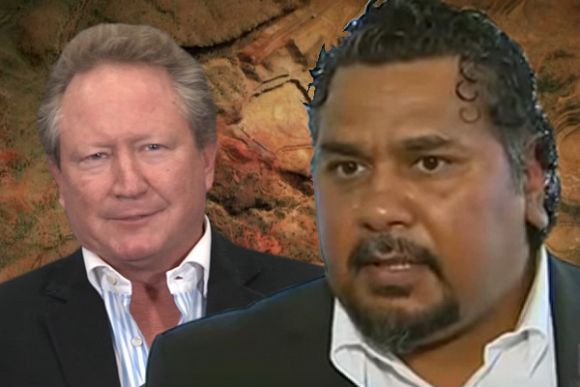 A proposed accord between the Yindjibarndi people and the mining industry could prove beneficial, writes Dr Robert Wood.

At a theoretical level, sovereignty is about power and control, and governance. It is about who gets a say in what happens every day and, in the case of the Pilbara, with resources. I support those actions there, just as I support the rights of Noongar people to determine what happens in the South West, where I currently live.

In that way, we must recognise that there is no going back to a mythical time and place, not even the 1946 Pilbara Strike. And so, what are we to do; how are we to collaborate on a shared vision of the future that addresses the power imbalance and allows us to look after the most vulnerable?

This is where Indigenous Australians need to be compensated better on the way to full sovereignty. This means rather than the fines for the destruction of cultural heritage sites going to the WA State Government, as they currently do, that companies should be required to give over the equivalent value in company shares. Why should they do this? They should give up part of the ownership because this is what they value most.

In the case of the Juukan Gorge, the Rio Tinto executives took a pay cut. Or rather, they missed out on the sum of their bonuses. At the time of writing this, no-one had lost their job though there have been rumbles from their superannuation fund investors that this is what is wanted. What if, instead of taking a $7 million haircut from the top bosses, Rio Tinto gave that value in company shares to traditional owners?

Not only did Rio Tinto know about Indigenous owners' objections to the destruction of Juukan Gorge, but they prepared a legal defence and PR plan for how to deal with the objections – kind of makes the current mea culpa seem hollow https://t.co/smGDtRofC0

The critics will say that this just assimilates Aboriginal people to multinational corporations; this may not be the only way to read such an offer. It would also mean Rio Tinto becomes a more Aboriginal company in its ownership structure. And with that, there would be a change in power relations so that Indigenous Australians get a say in what happens. It is about working with an existing structure and providing a kind of internal logic that often escapes it and results in colossal failures like Juukan.

Sovereignty in the case of the Pilbara often means what happens with mining profits and, of course, what happens to the country itself. In thinking about sovereignty there, a proposed Pilbara "accord" where Native Title groups lobby to increase the required rates of royalty payments until they had more royalties than the companies themselves, may be one possible mechanism.

The other route to self-sufficiency is through owning the companies that operate there, not only their mine site operations and the ore they take from the ground but the companies themselves. This is a type of shareholder activism engaging with sovereignty questions in the Pilbara itself. That means there are many flanks in this war and the long history of independent political support up there would do well to learn from history and encourage traditional owners becoming owners once more.

Sovereignty in Australia matters everywhere we look, from Eora country to Yolgnu country to the Pilbara as a whole. But, just as each language group is distinct, each response and articulation of self-determination, of government is distinct as well. The approach Ngarluma people use might differ from that of Martu, precisely because their circumstances differ.

What we do know, though, is that all kinds of people must be along for the ride and this includes those who want to profit. All too often, sympathetic white liberals assume and project a green politics onto traditional owners, which means mining is anathema. Equally often, white unionists in solidarity assume and project an anti-capitalist ideology onto traditional owners, which means corporations are anathema.

Neither mining nor corporations are going to disappear from the Pilbara anytime soon. And if the use of ochre and the incorporation of groups after Mabo is anything to go by, Aboriginal people have adopted both mining and corporations to a degree that they are rendered traditional.

And so, as environmentalists and anti-mining activists do not often sit at mining company boardroom tables, it is upon us to articulate what a progressive solution to ownership in the Pilbara looks like. That might be where taking shares in Rio Tinto helps us prevent the loss of sacred sites like Juukan Gorge now and into the future.