The thorny issue of who is and who isn’t a real Christian has arisen again following the publication last week of a new book, writes Alan Austin.

VIGOROUS SOCIAL MEDIA exchanges suggest that declarations of personal faith by some people may do the cause of religious belief more harm than good.

The latest debate was provoked by Greg Sheridan, a senior editor with Rupert Murdoch’s News Corp, who has just published ‘Christians: The urgent case for Jesus in our world’.

The difficulty Sheridan’s public support for religious faith presents for some believers is that the organisation to which he has devoted much of his working life is actively hostile to the fundamental teachings of the Judeo-Christian faiths.

The foundational scriptures teach that, throughout history, there have always been cleverly-disguised imposters intermingled with genuine believers in the communities of faith.

The instructions are to be on guard against the “hypocrites” and “vipers” and not be sucked in by them. 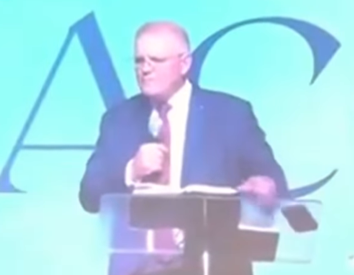 The clearest identifier of religious phonies is telling lies, or being a ‘false witness'.

From the earliest ordering of society in the ancient Hebrew texts, the untrustworthy were to be identified and excluded. The Old Testament prophets warned continually against false prophets, liars and deceivers. Jesus Christ was even more emphatic, declaring that liars are children of the devil serving Satan’s kingdom.

The evidence now seems overwhelming that News Corp is committed to the continual fabrication of falsehoods and the dissemination as widely as possible of lies concocted by others.

In a recent U.S. court case, News Corp lawyers actually argued that Fox News reports were routinely falsified and that any “reasonable viewer” should know by now that their “news” was not truthful.

‘We have clear and established COVID-19 medical misinformation policies based on local and global health authority guidance ... and in accordance with these policies and our long-standing strikes system, removed videos from and issued a strike to Sky News Australia’s channel.’ 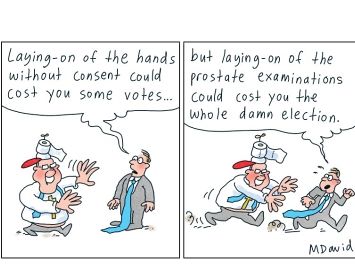 ALAN AUSTIN: Morrison Government may not be aligned with tenets of Christianity

‘The publication failed to take reasonable steps to ensure factual material was presented with reasonable fairness and balance in breach of General Principle 3.’

This does not mean every individual working for the Murdochs is a liar. That is not the case. But those who continue to work there, especially at senior levels, are advancing a corporation whose dominant purpose is deception.

Unsurprisingly, many principled Murdoch employees have resigned in recent years, or been sacked for challenging the persistent falsehoods.

Veteran news anchor and committed Christian Kari Lake in Arizona quit in protest at having to read the constant blatant lies. Laura Italiano resigned in disgust after being ordered to write a malicious and false story about U.S. Vice President Kamala Harris.

Others include Shepard Smith and Adam Housley in New York, Conor Powell in Israel and Emily Townsend in Australia.

Even Rupert Murdoch’s son James resigned from the company’s board last year because of ‘disagreements over certain editorial content’, among other concerns. 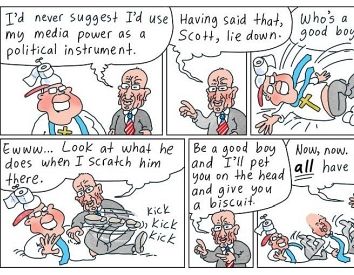 The second strand of biblical teaching which separates the authentic faithful from the embedded imposters is supporting the poor versus supporting the rich and powerful.

Again, it is clear which side News Corp is on with its continual spruiking of policies and political parties in Britain, the U.S. and Australia, which serve the corporate sector and the wealthy and its denigration of policies and parties which support the poor.

The scriptures also teach repentance, forgiveness and a fresh start. It is, therefore, possible that those serving unscrupulous organisations may see the error of their ways, acknowledge their folly and join the campaigns in opposition to them. This would seem to be the call of the scriptures to genuine believers.