More distortions by the IPA and News over internet privacy laws

The urgent task of getting Australia’s online security balance right is being undermined by mendacious media manipulation by the likes of News Ltd and the IPA, writes Alan Austin. 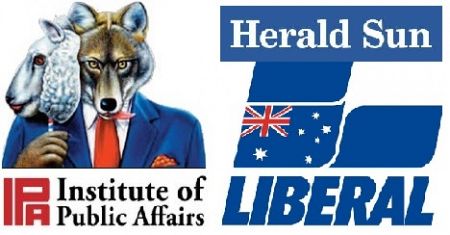 A BIZARRE attack on the federal Government’s current open inquiry was run in Melbourne’s Herald Sun newspaper this week. Unfortunately, like so much printed in Murdoch publications on topics of national importance, it was riddled with factual inaccuracies, distortions and cheap political point-scoring.

Attributed to Simon Breheny, a "research fellow" of the Institute of Public Affairs (IPA) – as well as a BA/LLB student at Melbourne University – the piece opens thus:


Imagine if Australia Post opened and read all your mail. There would be outrage.

It wouldn't be acceptable to treat our offline privacy with that kind of contempt. So why does the Federal Government think it's OK to trash our right to privacy online?

There are four problems with truth here already.

Firstly, governments do have the power to intercept offline mail. Always have had.

Secondly, that any government would bother to “open and read all your mail” is infantile idiocy. Australia Post delivers five billion letters annually. Is it conceivable the government wants to read all our emails — which will soon outnumber snail mail a thousand to one? And all our tweets, SMS messages, Facebook posts and cat videos?

Thirdly, one main purpose of the current discussion paper ‘Equipping Australia against emerging and evolving threats’ is to maximise protection for privacy online.

'Our law enforcement and security capabilities must keep ahead of terrorists, agents of espionage and organised criminals,' the Parliamentary paper declares. 'So our law enforcement and intelligence agencies must be equipped with contemporary skills and technologies, and backed by necessary powers – coupled with the appropriate checks and balances and oversight mechanisms society rightly demands.'

And fourthly, the Government has consistently and credibly maintained it has not reached any decision on data retention. Breheny offers no contradictory evidence.

This is facile scare-mongering is unworthy of a school essay, let alone that of an undergraduate.


Attorney-General Nicola Roxon recently gave her support to an extraordinary proposal to document the online activity of all Australians.

This is simply false. And the fact that The Herald Sun has peddled this nonsense before doesn’t make it any less so.

The discussion paper shows plainly what the Government wants and doesn’t want. The proposals appear under three distinct headings:

It is quite clear that references to ‘tailored data retention periods for up to 2 years’ are all in Part C – not Part A. The Government has said it is open to hearing arguments for and against. But it is not in the category of reforms it intends currently to pursue.

So, the question arises whether Breheny understood – or even read – the paper. Is the tawdry misrepresentation thereof accidental or deliberate?


The last time the government attempted such an extraordinary invasion of privacy was 1986. That was when the Hawke Labor government tried to legislate a national identity card system.

Just blatantly false. One attempt since 1986 – and there have been several others – was when the Howard Government rushed through the Intelligence Services Act 2001 in a panicky response to the attacks on New York’s twin towers.

Those draconian laws received no public input, very little external advice, virtually no parliamentary scrutiny and – as far as online searches reveal – not a squeak from the IPA or The Herald Sun.

The Attorney-General affirmed in July:


Unlike the Howard Government, the Gillard Government wants to give the public a say in the development of any new laws, which is why I’m asking the Committee to conduct public hearings.

National security legislation is important - but also important is the trust and confidence that Australians have in those laws.


Nicola Roxon is being incredibly disingenuous. She distanced herself from the proposal in July. Then she gave a speech strongly in favour of the proposal in August. She followed that with a letter to the Herald Sun earlier this month claiming she hadn't made up her mind. Finally, she put up a YouTube video defending the proposals. It's strange behaviour for a busy minister who is yet to commit to the idea.

Wrong, wrong, wrong and wrong. These are scurrilous assertions with no evidence in support.

The 2-year data retention proposal was only ever a Part C topic for submissions. What ‘distancing from’? What speech in August? Her September 4 speech affirmed the obvious need for some data retention, but made no mention of the 2-year proposal. The letter to The Herald Sun maintained the line that the Government had made no commitment. And the YouTube video above affirmed that this is an open inquiry with no decision yet taken.

Nothing strange, nothing inconsistent and certainly nothing “disingenuous” whatsoever. There is, however, a discernable tone of exasperation in Roxon’s voice at having to deal with so many blatant media misrepresentations.


Proposals like this should never be considered in a free society. Data retention is the kind of policy implemented by totalitarian regimes.

Also pure imagination. Every nation faces real security threats today. Every developed Western democracy is striving to have effective data retention measures to deal with these.

National security is always a divisive and emotive issue. To fabricate such distortions does a profound disservice to the difficult deliberations in Parliament. And in the wider community.