Dominque Grubisa has decided to reach beyond her comfort zone to call upon the profiles of others to help her flog her products to the public. This time it’s James Rickards (again), as David Donovan reports.

ONE NOTICEABLE thing about self-professed property maven Dominique Grubisa’s webinars over the last year-and-a-half is that she has not had genuinely high-profile guest speakers involved.

Grubisa for some years called upon “high-profile” people such as the author of Rich Dad, Poor Dad, Robert Kiyosaki; TV presenter David (Kochie) Koch; financial commentator Peter Switzer; demographer Bernard Salt; Shaynna Blaze from The Block; entrepreneur Gary Vaynerchuk and others. Clearly, all paid to speak at her webinars. Taking a dollar with little due diligence about to what they are lending their name.

Grubisa made appearances on Sky News as well over the years. Chris Gray promoted her asset protection snake oil to the public in this segment. How many were sucked into signing up for Grubisa’s asset protection nonsense with the imprimatur of Sky News?

She also loves to promote her appearance with “high-profile” people on her website. There on her website are pictures of Grubisa with Scott Cam from The Block; body language expert Alan Pease; TV host, landscape designer and ex-member of Manpower Australia Jamie Durie; and Maha Sinnathamby, the highly successful developer of Springfield.

Mr Sinnathamby appeared at one of Grubisa’s seminars in 2018 but told the Courier Mail in May last year:

“I don’t recall that I know her. I don’t remember her. I have not had any involvement at all with her.”

The headline of the story was:

A controversial “wealth educator’’ claims to have the backing of a prominent Queensland developer but he says he’s never heard of her.

A regular attendee at Grubisa’s webinars was CoreLogic economist Tim Lawless.  More about CoreLogic below.

Shaynna Blaze’s appearance at Grubisa’s seminar was around the time of IA’s first story regarding Grubisa in August 2020.

In a post on Twitter in response to criticism about her connections with Grubisa, after IA’s story was published, Blaze said:

I am doing my own investigating as this is something I had no knowledge of.

Blaze followed up with the following tweet, no doubt after reading IA’s story:

This is why we need investigative journalism 👌

Blaze doesn’t seem to have featured at any of Grubisa’s presentations since.

One person Grubisa didn’t have back for a second time – well, she did without his knowledge – was American author Seth Godin. Grubisa promoted Godin’s supposed involvement in a webinar in March 2021 following his appearance in a webinar in July 2020.

The problem for Grubisa is that Godin hadn’t agreed to be involved at all in 2021. Grubisa replayed her interview with Godin from 2020 for her 2021 audience. She promoted Godin’s involvement with ads on Facebook.

Godin said in relation to his supposed appearance in a 2021 webinar:

“There is no event from me with her upcoming. It was never planned or agreed to. Any mention of an event is untrue.”

When he became aware she was using his name and picture again, Godin said:

“I've called in the big guns. This is a real problem, she never had the right to do this.”

Godin had not lent his name to the webinar and had cut all ties with Grubisa’s business the year before. 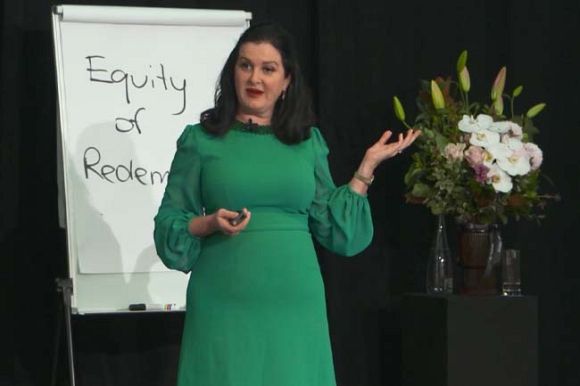 Like the Whitesnake classic, ‘Here I go again’, Dominique Grubisa has made up her mind, ain’t wasting no more time again and goes again.

In November 2020 at a “Recession Success” livestream were Kiyosaki, Lawless and American lawyer, economist and commentator, James Rickards.

Given that CoreLogic cut ties with Grubisa earlier this year and is defending legal proceedings brought by Grubisa’s company, Master Wealth Control, in the NSW Supreme Court, we doubt Lawless will feature in the future.

That said, CoreLogic did send out emails to people on its onthehouse database, promoting Grubisa’s strategies to flog her products for some time.

In an email on 18 September 2018, CoreLogic spruiked Grubisa’s “Property Now 2018” event, which featured Grubisa, Maha Sinnathamby, Jamie Durie and its own Tim Lawless and was offering complimentary tickets. On 18 October 2018, in an email promoting Grubisa’s “Real Estate Rescue Intensive”, it offered “complimentary seats”.

On 15 January 2019, it was back at it promoting free tickets to Grubisa’s “Real Estate Rescue Summit”, featuring Tim Lawless as a speaker, an offer repeated in a subsequent email on 24 January. Another email followed on 12 February 2019.

In terms of penance, apart from being sued by Grubisa’s business, perhaps it’s time for CoreLogic to look within what they promote to their database. No doubt the subscriptions to Corelogic’s platform via Grubisa’s students greased the wheel a bit to get them to spruik her products to their database. Perhaps in hindsight, they might regret that. We hope they do. 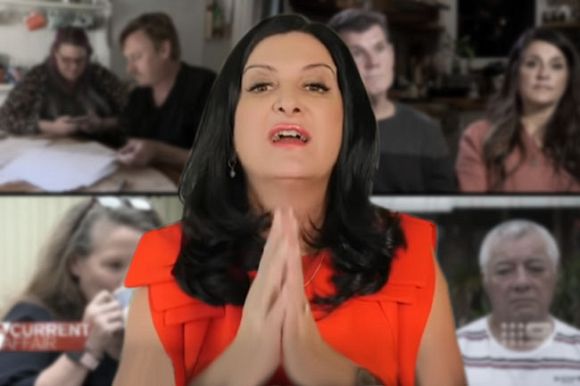 While self-proclaimed debt expert Dominique Grubisa tells people she can instantly quarantine their assets, the truth is that’s done via deception.

On Saturday 26 November, Grubisa will be joined by James Rickards again for a duet performance of her Recession Success livestream. Has Rickard’s team done any due diligence into Grubisa? We suspect not.

Grubisa is clearly a fan of the work of Rickards, his associated publications and media organisations.

Sections of Grubisa’s self-published book, Your Financial Survival Guide — the shocking truth about the global economy and the four simple steps you must take NOW to make your fortune from the coming financial storm (not available in good book stores), have been plagiarised.

Sections of Chapter 2 of the book – ‘Is there a big crash coming for the world?’ – were ripped off from an article by Shae Russell published by moneymorning.com.au.

Has Grubisa plagiarised from Rickards himself? Yes, of course. Apart from plagiarism from other sources, Chapter 20 of Grubisa’s book – titled ‘A final word’ – includes significant plagiarism of this article by Rickards published by the Daily Reckoning in 2016. 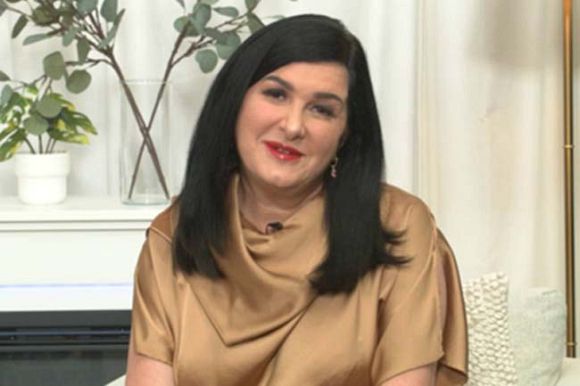 Dominique Grubisa has launched her latest endeavour, based on another work of plagiarism and simply extraordinary claims.