Alan Austin lifts the lid on 15 Australian success stories Australia's Soviet-style media will never allow to be told — and the three they will.

AUSTRALIA IS NOT just a success story — it is an anthology of success stories. Ascendancy in so many areas — all at the same time.

But here’s the thing. In Australia these stories are seldom, if ever, told. Not a hint from a Hartcher, not a mention from a Mitchell, not a suggestion from a Sales and not a clue from a Crabb.

Historians will ponder and explore these 15 accomplishments with wonder and delight.

2. Why is Australia now being urged to lead the free world? Australia has been voted to chair the Pacific Islands Forum. Plus next year’s G20 group of the world’s 20 major economies. That’s on top of a seat on the UN Security Council. Everyone wants to sit next to Australia.

3. Why was Prime Minister Gillard given that standing ovation after addressing the US Congress? Traditionally, that honour is reserved for deputy sheriffs who follow Uncle Sam into battle. How has this government managed to strengthen the alliance without supporting a single invasion? What singular advantage has Australia thereby gained?

4. What precisely transformed relations with Indonesia? Australia is no longer the target for embassy killings, nightclub bombings, presidential invective and diplomatic insults. Who was the man who accomplished this? Or was it a woman? 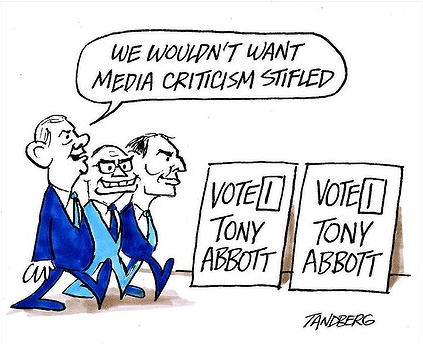 5. How has Australia dealt with the wanton cruelty inflicted upon live sheep and cattle exported to Asia and the Middle East? With what outcomes? And why are bulls being tortured in television reports always named Billy or Bobby and not Brutus or Bozo?

6. Australia now ranks higher than ever before on the economic freedom index published by Washington’s Heritage Foundation. [Mission: “to formulate and promote conservative public policies based on the principles of free enterprise, individual freedom, traditional American values, and a strong national defense.”] Australia’s score is now the highest in the 34-nation OECD. A Labor government? Holy handguns! How did this happen?

7. Australia is one of four countries in the Organisation for Economic Cooperation and Development (OECD) to have unemployment below 5.5% and job participation above 75%. Which are the others? What else distinguishes them?

8. Australia is one of only three nations in the OECD and G20 economies with interest rates in the optimum range between 1.75% and 4.75%. Only Australia has maintained this through the global financial crisis. How? What can Australia do now that was never possible before?

9. Australia is the only developed country to have had continuous economic growth for 22 years. Australia and Poland alone among OECD nations avoided recession in 2009. Why just these two? Which other nation is the most envious, and why?

10. Labor productivity is a tricky concept to define and even trickier to get right. It measures the costs of labour and other inputs used to produce things. Low productivity has bedevilled the world for decades, including Australia’s. Until 2011, that is. Suddenly it surged in Australia, rising dramatically for a record seven consecutive quarters. Seven. Wow! What generated this amazing surge? And what will trigger a sudden reversal?

11. Australia has zoomed to the top of the table of well-managed economies. That’s based on all the key variables. Not just in the world now, but anywhere, any time. How? Was it abundant minerals, critical decisions by Treasury, or the sound work of Peter Costello?

12. Speaking of whom, why does Australia always rise up through the ranks during Labor regimes and tumble down during Coalition periods? From 19th in 1983 up to 6th during the Hawke/Keating years, then down to 12th in 2007 under Howard and Costello, then to the very pinnacle in 2010. Who benefits from this cycle?

13. Best economy in the world is creditable enough. Best the world has ever seen is more impressive still. But achieved during the worst global economic crisis since the 1930s? How is this conceivable?

14. Remember when national strikes routinely disrupted train and air travel? Petrol rationing, supermarkets running out of milk and garbage piled in the streets? City intersections clogged most Fridays with demonstrations against the war or the US alliance or the government?

Ah, sweet memories. What brought about this cultural change in Australia – almost alone in the Western world – to have such disruption and discord diminish?

15. Finally, what’s with Canberra’s extraordinary dishonesty differential? A journalist was recently assigned the task of counting all the blatant lies – as distinct from unfulfilled promises – by Australia’s four federal party leaders. He found twelve. That’s a lot for just four leaders. He also found they were all by the one leader. Which one? Why was the research not published? 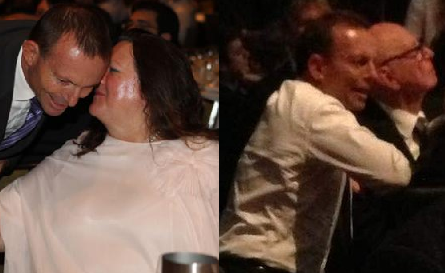 There. Fifteen stories. Would you like to read one of them? Well, you can’t. Sorry. It has been decided by those who know what you want better than you do that you want three topics only:

(1) How appalling the Government is;

(2) how disastrously it is doing in the opinion polls; and

(3) how the only hope for the future is a leadership challenge. 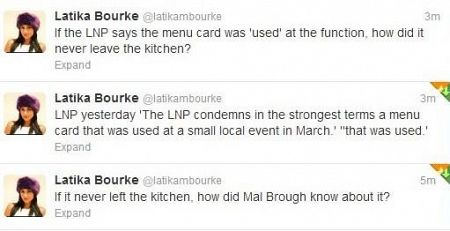