Australia’s media regulator has secretly changed its methodology giving the appearance that complaints from the public have crashed to all-time lows — when in fact, they’ve surged by over a third.

It can be revealed the Australian Communications and Media Authority (ACMA) has changed how it defines “complaints” so that just a fraction of complaints from the public are recorded as such in its official data.

Broadcast media regulator ACMA has used the new system in its 2020-2021 annual report, but has failed to make any mention of the changed methodology in the 250-page document — or anywhere else.

Remarkably, two key ACMA executives – CEO and deputy chair Creina Chapman and executive Chris Jose – have sought to distance themselves from the annual report, suggesting they are not responsible for its contents.

Jose has made headlines in recent weeks after it was revealed he was illegally paid for two Federal Government jobs at the same time — including for his full-time role at ACMA.

ACMA’s methodology change occurred after it was revealed in August that in 2019-2020, ACMA investigated just 4% of complaints it received from the public.

A series of irregularities were revealed regarding ACMA’s reporting, including that it had failed to publish its “quarterly” reports on complaints for almost a year.

It was also revealed that in 2020, ACMA stopped publishing the details of complaints (only the numbers) in its annual reports altogether.

Now it has drastically reduced the numbers of recorded complaints by secretly changing its methodology.

ACMA has faced heavy criticism of falling to “regulatory capture” — where government agencies come to be controlled, or heavily influenced, by the sectors they are supposed to be policing. 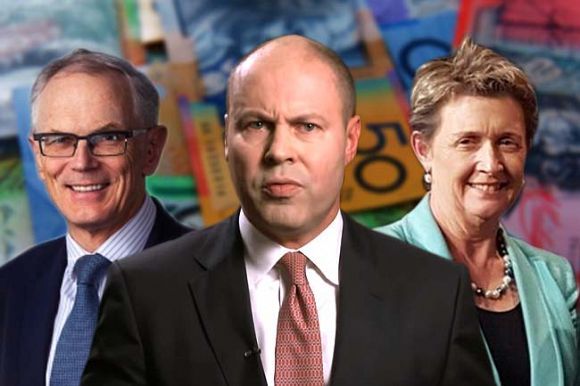 Last year, ACMA came under scrutiny when it emerged it had fallen to YouTube to take action against broadcaster Sky News for spreading misinformation about COVID-19.

YouTube, owned by Google, issued Sky with a 14-day ban last July over the conduct, which had included Sky posting videos denying the existence of the disease.

The scandal made international headlines and raised questions as to why it had fallen to a foreign internet company – rather than the Australian Government’s media regulator – to take action.

In its 2020-21 annual report, ACMA states that it received 242 “complaints” from the public in the financial year.

But rather than falling, complaints and formal concerns lodged by members of the public have actually surged.

Although it has not disclosed the methodology change, ACMA is now recording the vast majority of “complaints” it receives from the public as simply “enquiries”.

Looking at both complaints and enquiries – which ACMA refers to collectively as “contacts” – reveals a clearer picture.

Users of ACMA’s annual reports could very easily be misled as to the levels of complaints actually received by ACMA. Exacerbating this is ACMA’s failure to make any mention of the methodology change.

Below is the relevant “complaints” information from each of ACMA’s last three annual reports.

In a written statement, ACMA spokesman Kevin McAlinden said ACMA had ‘revised the 2020-21 reporting of code complaints data’ to ‘more accurately reflect the number of complaints managed and assessed’.

‘The change in reporting was considered to more accurately reflect the performance of the Agency,’ the statement says.

ACMA confirmed it had made no disclosures about the methodology change.

‘An explanation of this change in reporting will be included in our future quarterly reports on content complaints and actions made public on our website and in future annual reports.

The next quarterly report will be released shortly.’

The chair of ACMA, its top boss or “accountable authority” is Nerida O’Loughlin, who was appointed to the position by the Federal Coalition in 2017.

Responses were requested from each of O’Loughlin, ACMA CEO Chapman, and “full-time member” Jose, as to whether they were involved in the decision to change the reporting methodology.

Chapman and Jose, despite being in charge of ACMA, distanced themselves from the decision — and from ACMA’s annual report altogether. 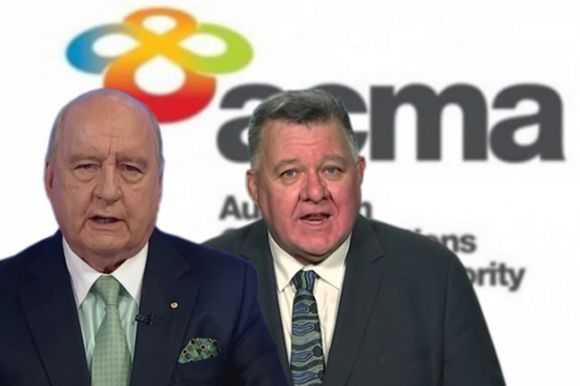 Australia's top media authority has been criticised for failing to investigate complaints made against Sky News over COVID-19 misinformation.

‘The Authority, including Mr Jose and Ms Chapman, do not have responsibility for the preparation of, or final content contained in the annual report, including the revised broadcasting code complaint data.’

Chapman and Jose were also both appointed to ACMA by the Federal Coalition.

Jose was also a part-time commissioner of the National Competition Council, having been appointed to that role in December 2017 by then Treasurer Scott Morrison.

As revealed in January, the Commonwealth Ombudsman conducted a year-long investigation into the affair.

It revealed that rather than having Jose repay the money, officials across at least five federal departments and agencies went to extensive lengths to ensure Jose could keep it.

The $41,073 debt to the Commonwealth was ultimately “fully-waived” by the Department of Finance, in a highly unusual process the Ombudsman said lacked proper documentation.

In August last year, it emerged that ACMA only “investigated” 4% of the complaints it received from the public.

With formal calls for a media regulator that "upholds standards in the public interest" it's worth remembering the current one, ACMA, has been hopelessly captured by major media companies & only investigates 4% of the public's complaints.👇 https://t.co/U0uEdVzIPk

ACMA says it cannot investigate matters until a complainant has first approached the broadcaster in question.

Then ACMA decides whether or not it will investigate the complaint — an option it has had since changes were introduced by the Federal Coalition in 2014.

The 4% figure is the number of complaints that survive the process and are actually investigated by ACMA.

The complexity and time-consuming nature of the system means many complaints are abandoned.

Under its methodology changes, ACMA is now only recording as “complaints” those complaints that have gone to a broadcaster and come back to ACMA.

In the 2020-21 financial year, ACMA directed “over 900” complainants to broadcasters.

Under the new methodology only, those 242 were recorded as “complaints”.

Boss of Australia’s heavily criticised and enfeebled broadcast media regulator ACMA spruiks his “speaking in tongues”. Illegally appointed to two govt jobs at the same time - but got to keep the illegally paid $41k. For no good reason. Appointed by the PM. https://t.co/mH6ti1LCg2