ABC staff members are being required to disclose their staff identification numbers as part of a compulsory vote on whether or not to accept a pay freeze.

And it appears ABC management has given personal staff telephone numbers to the private company that has been engaged to conduct the vote, but ABC management is refusing to comment.

Independent Australia has obtained a copy of an email sent to ABC staff after the Federal Government asked the ABC Board to freeze wages at the independent corporation.

Public sector employees are being forced to have scheduled pay rises cancelled, but ABC management found it was unable to legally enforce a retraction of an already agreed-upon Enterprise Bargaining Agreement (EBA), which gives ABC employees a two per cent pay increase.

When it recently conducted another staff ballot for a staff-appointed member of the ABC Board, as well as in previous EBAs, the ABC enlisted the Australian Electoral Commission to conduct a characteristically sound and secure vote. 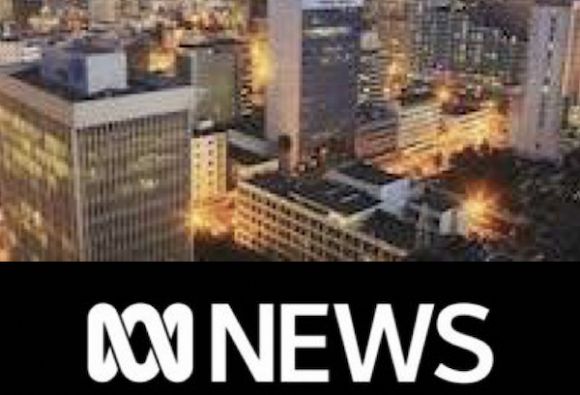 A news producer employed by the ABC in Nairobi says he now fears for his life after he was named in an email distributed by an ABC News executive.

However, in its latest EBA as well as this new vote on a pay freeze – euphemistically called a “variation” – the ABC has engaged a private polling company.

The Melbourne-based CorpVote company, which says it has better technology than the AEC, is being used for the pay-freeze poll.

The email sent to staff says:

CorpVote Pty Ltd is independently conducting this ballot process. We have been appointed by the Australian Broadcasting Corporation to protect your privacy and ensure a fair ballot result.

All votes submitted through our system are anonymous and the method by which you cast your vote is secure. During the ballot process, you will receive messages from CorpVote via email and SMS reminding you to vote.

ABC staff members, who want to remain anonymous, have told Independent Australia that they are being required to tell CorpVote their employee identification numbers so as to verify their vote and that they are receiving text messages on their private mobile telephones from the company.

A CorpVote Director, Tim Jones, told Independent Australia that he could not comment on the ABC’s poll, but he did confirm that employee IDs are regularly used in the CorpVote process and that clients very often supplied his company with employee data.

There’s an authentication method in actually accessing the voter system and that can be any number of details. It could be an employee number… or using a voter access code in combination with something like an employee number. We randomly generate these codes… to stop pre-vote collusion and things like that around votes.

The identity is split from the vote and put into two different databases. So it works the same way as the postal voting method where you write on the front of the envelope and you pull the identity off. The company can’t see any of this going on, in fact, we don’t know what a person voted ourselves let alone the company itself.

When asked how employees would know if he was telling the truth about anonymity, Mr Smith asked:

“Well, how do you know I am not telling the truth? Is it just through scepticism?”

The email to staff says that any votes lodged by casual employees who had not performed work for the ABC during the voting period would be removed from the final vote tally.

However, it is not clear how the company knows which casual employees weren’t working during the voting period.

Mr Jones would not say how much the ABC was paying his company to conduct the poll.

But he did say it would be more expensive for the public broadcaster to use the AEC:

“We are a lot cheaper, I’ll tell you that — by tens of thousands.”

Independent Australia contacted the ABC but had not received a response at the time of publication.