ABC News is operating on an outdated business model that needs to be revised in order to build a larger audience, writes Jeff Waters.

IT IS NOT LOGICAL to have high production values and excellent journalism if nobody is watching. ABC News needs to serve a majority Australian audience.

In my last job with ABC News, as the reporter specifically charged with sculpting Victorian news for consumption nationally, I was sometimes angered by my local editor who would, during TV ratings periods, loudly review “the numbers” every day in earshot of young and impressionable reporters.

A graduate of Today Tonight, I feared his obsession with ratings figures would steer my colleagues away from what ABC News stood for and down a populist tabloid path.

Although I still doubt his methodology, I was wrong in a general sense.

My opinion about TV and later radio news ratings was formed about 30 years ago when I first joined the ABC as a casual producer at the old headquarters at Gore Hill in Sydney.

I’d come from years working as a commercial network reporter in Canberra and Sydney and walking into the ABC newsroom, learning its philosophy and corporate culture, was like breathing oxygen for the first time — a rebirth. 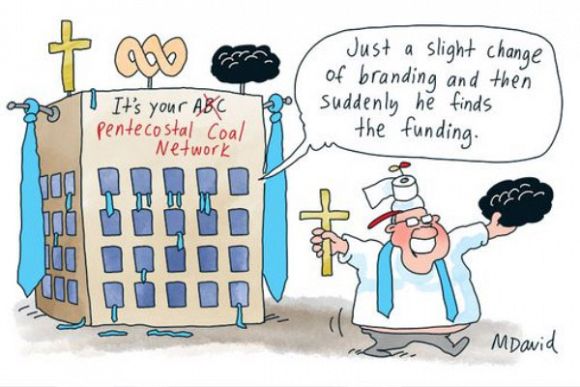 After suffering budget cuts, perhaps it's time for the ABC to abolish its 24-hour news service which gives politicians an endless platform.

The reporters and producers who subsequently became mentors proudly said: “we don’t pay attention to ratings, we tell the news that needs to be told; we do not lower ourselves to tabloid sensationalism because we don’t need to sell advertising.”

Besides, I was told, the people who collate the ratings are paid by a consortium of the commercial networks, so it is in their commercial interest to make the ABC look bad — the ratings are rigged. (Although I have no evidence, I’m not convinced this isn’t actually the case, given the repulsive avarice of the business world.)

However, in researching this article, I have been unable to find any proof at all that to “ignore the ratings” is anything more than a myth.

The ABC Charter (to paraphrase) compels the broadcaster to provide the sort of material not available on commercial networks, but the assertion that the news should be independent of audience measurement appears nowhere.

I recently turned to former colleagues on social media for answers.

It may not be a “written rule,” but rather the absence of a directive to pursue larger audiences through news coverage. For instance, the ABC’s charter talks about its role in covering stories that reflect Australia’s diversity, minorities, regions, and the arts (the stories that don’t rate). It is supposed to fill the gaps left uncovered by commercially driven news. In doing so, it was accepted that the ABC wouldn’t necessarily be competitive with commercial networks which rely heavily on crime.

And a former senior ABC News producer and reporter said:

‘When I first arrived at the ABC [from the commercial networks] I was amazed to discover nobody had a real clue about ratings and the wider world of TV. There was a notion of grubby commercial [television] and anyone from outside was on probation for many months before being allowed into the “cult”. There was no diktat, but there was a vibe.’

‘I was told ratings were not as important as production values, but there was no point making the best programs in the world if no-one was listening.’

So then, how can ABC News lift its ratings without mirroring the crime and courts-riddled sensationalist and tabloid opposition? 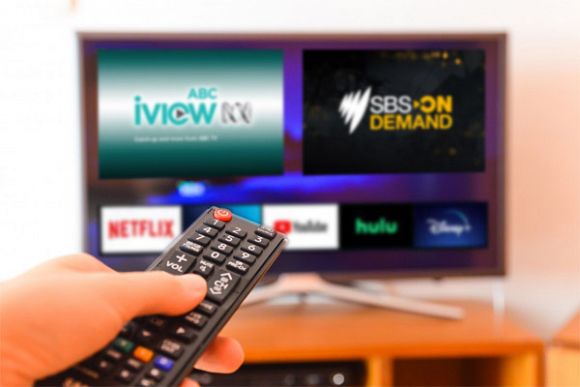 The secret is in serving the majority, working-class audience, rather than exploiting it.

The ABC News division needs to direct funding back into the news service by diverting money away from superfluous programmes and having the courage to generate, broadcast and promote original journalism.

Audiences should have to watch ABC News or they will miss something important and that can only be achieved by employing reporters and producers who are (and I acknowledge this is slightly facetiously) older than 30.

When I joined the ABC, it still had seasoned news reporters of the likes of the late and great Garry Scully, who, at the time, would have been in his late 50s.

Can you remember the last time you saw an ABC TV news reporter of that vintage?

Today, we are largely served a diet of inexperienced 20-somethings who are supervised largely by 30- or 40-somethings who lack the years on the road needed to spot a different and important angle to a story, to see through the government or corporate spin and to actually find and break an original yarn.

It’s a particular problem with what ABC News managers used to call the “BAPH states” (Brisbane, Adelaide, Perth, Hobart), but now call the “BAMPH” states, having demoted Melbourne to second-rate status due to the continued centralisation of services to Sydney.

There are several reasons for this, but the three main ones are the successive budget cutbacks that make older journalists – and especially older reporters – too expensive to consider, the slow drift over recent decades of older and more seasoned journalists to current affairs programmes and its internal bias against government educated employees.

The ABC News division has three classes at the moment.

There are the increasingly-large group of senior managers who earn ridiculous corporate wages, the comfortably-paid reporters and producers of the current affairs shows and the poor (literally) work-a-day reporters in the state newsrooms who you might be surprised to know earn only slightly more than the median wage (which is about $49K per year).

It's little wonder the turnover in the lower ranks is so high.

To achieve this, several things need to happen.

Younger journalists need to be trained how to do it and, in my experience, that doesn’t happen now because due to attrition, there are so few role models and mentors in their newsrooms and because of a lack of formal “news-breaking” training.

The producers who put the news together, though extremely skilled and intelligent, often have little or no experience in being on the road and finding new stories.

Higher-paid and more experienced journalists need to be yanked out of current affairs programmes and shoved back into the newsrooms.

If that means that, due to the savage government cutbacks, some current affairs programmes that are surplus to requirements given the funding situation, or ABC News 24, need to be axed, then so be it.

Then there is ABC News' clear privilege bias.

It is a service made by and for upper-middle-class people.

Any reader who instantly objects to this claim for fear of “dumbing down” their precious service is guilty of privilege bias themselves, as well as quite possibly a classist frame of reference.

Just because someone is poor, it does not make them stupid.

Unlike the BBC, which knows how to include all of the audience through its story selection and treatment, ABC News contains daily examples of stories that are of no interest to the majority of the potential audience.

A clear example was recently published by ABC online, where the angle taken about the big loss recorded by Crown Casinos was reported as a story for investors rather than a more popular piece about how much had been saved by Australians not gambling during the pandemic.

Much of it comes down to recruitment.

While Michelle Guthrie did a great job of promoting ethnic diversity at ABC News, she did nothing to address the overwhelming lack of numbers of ABC journalists drawn from lower socioeconomic backgrounds.

In this writer’s long experience and having worked in ABC newsrooms in four Australian cities, you can generally count the number of public-educated journalists on one hand.

Newly-recruited ABC journalist cadets from a government school are quite rare and certainly not representative of the nearly three-quarters of students who attend government schools in Australia.

But the easiest and most important way the ABC should invest in original journalism is to resurrect ABC Radio current affairs.

Radio “Caff,” as it is affectionately called, is easily the ABC’s most important source of original journalism and it has been undermined by the current news management, which seems to prefer less important shows like The Drum, Planet America or One Plus One.

AM, PM and The World Today may not rate well, but they have historically generated more independent journalism than any other service on the network – radio or television – they are inexpensive and their stories flow through to the rest of the network.

They are a very good example of how, sometimes, ABC journalists should ignore the ratings.