Electricity bill discounts: too good to be true?

Vince O’Gradydiscusses the privatisation of State utilities – especially electricity – and how it has affected consumers. 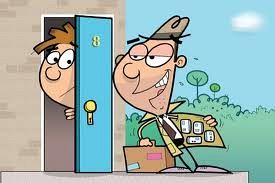 On Wednesday the 19th of September 2012, while I was out at a meeting, a man rang the door bell of our house in the suburb of Bundoora in Northern Melbourne. The time was about 5.30pm and the sun was setting. My wife answered the door.

In the 1950s and 60s,  I well remember the people who used to come around to houses trying to sell their products, or in later years, insurance.  I still have a hair brush my mother bought from one of these people when I was under the age of ten. I have a great love for this hairbrush and it is now missing a few bristles, but still does the job. This door to door activity prompted governments to tighten up on door to door selling and so it diminished in intensity.

However in the last few years, the door to door salesman has reappeared. They have reappeared as a result of the sale of the Victorian assets like electricity, telecommunications and gas. Invariably, the sales person has a badge, which they flash and then they tell you they are not selling anything.

Then they ask you who you are with and how much you pay and that they can offer you a better deal. We have never let them in or even allowed them to do their spiel. We consider them to be “too good to be true” ― because if it sounds too good to be true, then it normally is.

He was from an electricity company and he started the call with wanting to know if she was interested in having up to 16 per cent of her energy account. We already have a 3 per cent discount off the bill and a 6 per cent discount for paying on time.  My wife politely told the man that we would ring the company directly to check on the discount offered.

On 25 September, my wife actually decided to ring and check the veracity of the statement by the man at the door. First of all she had to ring the number on the account and spoke to someone in Australia (a first), then he checked to see if the offer was valid and finding that it was, he transferred her to another operator. She waited 12 minutes to be connected to the second operator.

The upshot was that we got a 16 per cent reduction in the bill and a 10 per cent reduction off our gas bill for the next three years. And if we decide to go to someone else we have to pay a $22 exit fee. So, it was not too good to be true after all. Amazing!

After studying the sales of Victoria's assets over the last three months, and particularly the sale of the State Electricity Commission, I am astounded that anyone can offer a 16 per cent reduction for three years.

When the SECV was sold in 1992/3, visiting Professor Sharon Beder of Wollongong University wrote the following.


However, in the case of the State Electricity Commission of Victoria (SECV), debt was not really a problem. In the year before it was broken up, 1992/3, “it paid $995 million in interest, a $191 million dividend to the State Government, and had a profit of $207 million.

In the document, she goes onto say that


An Independent Inquiry into the privatization of Victoria’s Electricity Industry found that in the year prior to SECV restructuring, its debt-equity ratio was 342 percent compared with an average of 382 percent for the top 20 Australian companies on the Australian stock exchange. In addition, a 1994 Bureau of Industry Economics study found that Victoria’s electricity prices to industry were eighth cheapest out of 40 OECD countries.

So, clearly the argument to sell the SECV on the basis that it was dysfunctional was at best a misrepresentation and at worst a lie.

Further to that, 11,000 people lost their jobs and the price of electricity was put up by 10 per cent to make the sale more attractive. When privatised, another 2,000 lost their jobs.

The whole thing stemmed from a scheme cooked up by the IPA called "Project Victoria".

From a Liberal perspective, it worked. They sold off all the assets and then they changed the board of directors from the people of Victoria to about under a hundred people in China and Hong Kong. Thanks Jeff Kennett.

Jeff Kennett was such a gun at all of this, he also shot himself (or rather the State budget) in the foot.

The sale of assets also seriously reduced the dividends the utilities paid to the State coffers and so services had to be curtailed through lack of funds. This led to the increase in gambling revenue and the increases in speeding fines, which now account for $1.915 billion and $687 million respectively. The speeding fine penalty units were raised by 12.5 per cent this budget by the Baillieu government. (BP 5 Victorian State Budget papers 2012-13)

However, that does not explain why a corporation can offer 16 per cent discounts on their whole bill. That is close to one fifth of the bill, not a bad discount. Again, it seems too good to be true.

So how are these people who provide electricity and Gas to us able to offer such large reductions.

Here are a few ideas.


There is also the disbelief that people have (like us) about the discounts ― and so they don’t do anything about it and have to pay 16 per cent more than they should.

It is clear to me that the SECV was a good public utility, which provided great and cheap service. I repeat ― out of 40 OECD countries, it was the 8th cheapest, was able to fund infrastructure, pay a dividend to government and then retain a substantial amount of money to put toward other projects. It also ran a customer maintenance and repair service, which was very reasonable.

With the sale of the SECV, the commission was split up into three parts, generation, supply and a regulator (which is paid for by the customers). A false market was made and it has added greatly to the public's cost of living ― something politicians are fond of quoting.

The market for customer maintenance was also deregulated. So what happened there?

I can tell you also that our Fisher and Paykel oven element broke and we had to have it replaced. Two screws hold it in and a consumer cannot buy the replacement part, which is probably worth about $30. So we had to call a repair man, which we did. The call out fee was $90 and he diagnosed the burnt out element. He had to go to Croydon to get it and then come back and install it. It cost $80.

While he was there I asked him how many visits he had to make a day. He told me that he had to do eight. Now eight multiplied by $90 is $720 per day, and for a five day week that is $3600, and for a 48 week year it works out to be $172,800. Nat a bad earner before anything is fixed!  Then there is the profit the private company makes on the part.

If the repairman were getting $50 per hour, he would be making $96,000 per year. But I bet he’s not getting that much per hour.

I had the same sort of problem with our Vulcan HX80 ducted heating system. The parts guarantee was seven years, and two weeks before it expired the heat exchanger broke (had a hole burned into it). So I rang the maintenance company and by deduction with the foreman of the maintenance area worked out that we needed a new heat exchanger. When I rang their service department they wanted to charge me a service call to change the heat exchanger as well as labour for the job. Explaining that we had already worked out the problem, I was then allowed to have that waived. A saving of $90.

Duly the man came out and changed it in 45 minutes. He wrote out the bill and when I looked at the labour charge I was staggered. It was $245 for ¾ hours work.

Know what? I will never buy another Fisher and Paykel or a Vulcan product again. It is just more worthwhile to buy a German product, which may cost more but is more reliable. I would have paid more on the two home-grown products, because of the maintenance charges, than the German one. Privatisation hurts Australian Industry.

So what do we have?

A bloody tragedy is what. Let the market rip, rip into your cash as hard as they can, with not so much as a by your leave.

The upshot of the whole privatisation exercise is that it just gave the utilities to the private sector, added a profit motive that was not there before ― causing enormous grief and cost of living pressures to Victorians.

At the same time, gambling came into Victoria ― the revenue was just too much to reject.  Governments have struggled since to get enough revenue for services.

It is about time some bright politician decided that we should have a plan to purchase back the utilities bit by bit and hence:


The excuse for the sale of these utilities was that they were inefficient. That was clearly a story concocted by the Liberal Party of Victoria. Their sale has put more pressure on the people, due to cost of living increases, than if they had remained in the State hands.

It is time for a change of policy and have them back to State ownership, where they can be managed for the people and not theinvestors.

At a lunch yesterday, another company had offered a friend the same discount, so it’s across the board.

How many people are being ripped off the extra 16 per cent?