The most systematic white-collar crime of Australian banks against borrowers is still ignored by those in authority and by the media, writes Dr Evan Jones.

A podcast titled The Sure Thing is doing the rounds. It details the insider trading scam of university friends Lukas Kamay and Christopher Hill. Kamay was then working as a foreign exchange trader at National Australia Bank (NAB) Melbourne; Hill an analyst at the Australian Bureau of Statistics in Canberra. Both are very bright.

Hill is privy to ABS data, metrics taken as representative of the health of the Australian economy. At Kamay’s initiative, Hill gives the data to Kamay before its official release. Kamay bets on the movement of the Aussie dollar post-release and gets it right every time. Brilliant.

Except that compliance officers at Kamay’s two brokers think that this run of accurate forecasts is too good to be true, which it is. Not very bright after all. There then ensues several dozen ASIC staffers and Federal Police wetting their pants over nabbing these arch criminals — reputedly the largest insider trading scam in Australian history with several million to Kamay’s account. Conspirator slip-ups and police monitoring lead to the inevitable dénouement and the scammers are tried and locked away. The system works.

If only ASIC and relevant police had been equally obsessed with nabbing the principals behind the Trio Capital scam that devoured the savings of many vulnerable Wollongong area residents amongst others. 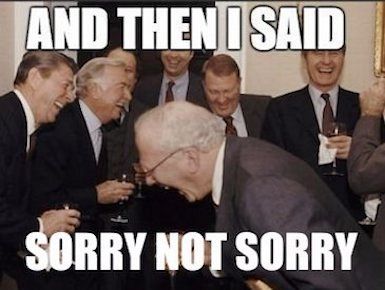 We’ve seen the odd apology from bank CEOs over the years for “misconduct” of a bank under their watch. But what has changed after that?

I have other “sure things” in mind. There the system doesn’t work. They are scams committed by corporate employees in the banking sector. Forty years of financial deregulation have provided a tabula rasa of opportunity.

The financial sector – banking, in particular – is a natural haven for criminality. All Australian banks now have an inbuilt malpractice gene. As the banks moved into superannuation, “wealth management” and insurance, the scope for criminality was enhanced.

The Commonwealth Bank (CBA), the sometime “People’s Bank”, merits close attention. The ripoffs within CBA underpinned Storm Financial, Colonial First State and Comminsure, well exposed by Fairfax journalists, were “sure things” for the executives in charge. However, the credit relation, relatively marginalised in the media, is the honeypot for long-term predation.

The post-deregulation, ethics-free CBA rushed headlong into foreign currency loans in the early-to-mid-1980s — this when still publicly owned. Save for the embarrassing loss in Quade v CBA 1991, the CBA under General Counsel Les Taylor headed off any retribution against CBA personnel and any justice for borrower victims.

As CEO of the CBA in process of privatisation and after, David Murray spearheaded the brutal commercialisation of that once venerable institution and facilitated the establishment of a criminal dimension in the CBA’s operations. The first victims under this new regime were customers of the specialist small business/farmer Commonwealth Development Bank, with contractual conditions being unilaterally altered and some borrowers unconscionably defaulted.

The granddaddy of CBA action in this domain was the takedown of many hundreds of Bankwest commercial property borrowers after the CBA took over Bankwest in December 2008. In my opinion, this was a fraudulent operation on a significant scale, overseen by CEO Ralph Norris, General Counsel David Cohen, business head Ian Narev and imposed Bankwest head Jon Sutton. Narev became the sacrificial lamb in 2017-18 for accumulated CBA failings, but not for the Bankwest borrower takedown.

This operation was a sure thing par excellence. Bizarrely, even the Hayne Banking Royal Commission (Round Three hearings and Interim Report, Vol 2) saw fit to assertively take sides with the bank. How could this be? 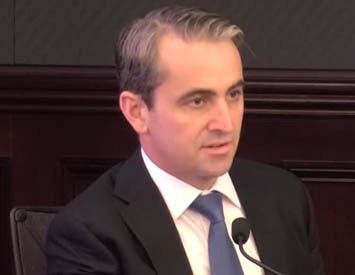 The real sure thing’s supporting cast I

Unlike the loose cannon nobodies Kamay and Hill, the banks have a phalanx of support teams. Law firms, valuers, receivers — all on the bank teat, all corrupted in the process. Add the judiciary itself.

Judges are all too human. At best, judges rely on the certitudes of their narrow training in the law of contract, reinforced by their previous employment in the services of the powerful and by complementary workplace judicial culture. Any inequality in commerce is reinforced at law.

For me, the imperial unit of this “vision” is the judgment of the High Court’s Murray Gleeson CJ, William Gummow, Kenneth Hayne (the same) and Ian Callinan concurring, Michael Kirby dissenting, in ACCC v Berbatis, HCA 18, 9 April 2003. The more powerful party to the relationship not merely has the right to employ its power to maximum effect but the duty to do so. The law of the jungle reigns. Berbatis has been cited in litigation involving bank lenders.

Complementing this sagacity is learned opinion that finds fiduciary duty inapplicable and economic duress, unconscionability and fraud all having very high standards of proof — which effectively renders such concepts nugatory at law.

Any remaining ambiguity is dispelled with judges seeing no problem in presiding over litigation involving banks for whom they have previously acted as counsel and/or with whom they currently enjoy a customer relationship; with the absence of a register of pecuniary interests enjoyed by judges and with the typical aggrieved bank borrower appearing at court skint from depredation.

Cherry on the cake. Borrower assets (including the family residence) held by the bank as security are perennially sold under value, not least by the bank-appointed receiver. The court perennially whisks this dilemma through to the keeper because “well-established” precedent has it that the receiver is the agent of the mortgagor. Yet said judges know that such precedent is established on a risible fiction — Spender J, in NAB v Freeman, FCA 244, 12 March 2002 (at 20) and in Freeman v NAB, FCA 427, 9 April 2002 (at four). No doubt this glaring anomaly is much discussed over whiskies in chambers after a long day.

In a rare display of judicial equanimity, Elliott J decided for the guarantor in NAB v Rice & Rose, VSC 10, 26 March 2015 (confirmed on Appeal), in which the Code of Banking Practice was held to have contractual status. Fat lot of good that has done in practice, as the Banking Code (in spite of multiple lengthening revisions) has never been taken seriously by its adherents. 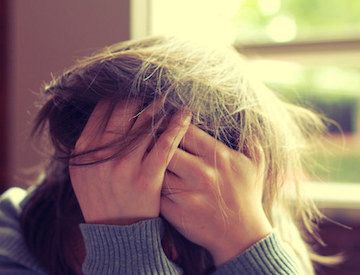 The courts being indisposed towards aggrieved bank borrowers, there’s always the regulators ASIC and APRA and the Financial Ombudsman AFCA. Well, no there isn’t.

APRA cares only about system stability, which in practice means bank profits.

ASIC is comprehensively missing in action, telling credit-related complainants to go away while denying its legislated responsibilities. (See my submission to the 2013/14 Senate Economics Committee ASIC Inquiry, Sub No 295.) Nothing has changed since that dead-end inquiry into ASIC.

During a hearing of the Joint Committee Inquiry into the ‘Impairment of Customer Loans’ (the CBA takedown of Bankwest borrowers), 13 November 2015, ASIC staff admitted that they had the powers but not the courage to mount actions regarding commercial disputes. Since that open admission, ASIC has published a bulletin (INFO 207) denying capacity in this realm — which means that ASIC staff no longer have to waste time telling complainants to piss off. Shameful and shameless.

Forced by default to go to the financial ombudsman, aggrieved bank borrowers also find no solace there. AFCA seemingly not only perennially finds for the bank lender but its staff display no understanding of the credit relationship or the banking sector’s tendency to malpractice.

Then there’s the political class. They don’t want to know. Perennial parliamentary inquiries and hearings are established formally to look into aspects of finance sector dysfunctionality, but they go nowhere in the end. The system works, but to what end?

Here is the definitive “sure thing”.

This article is Part 1, you can read Part 2 here.