The effect of the carbon price on retail electricity will be lower than predicted and vary considerably by region, a new University of Queensland study has projected. 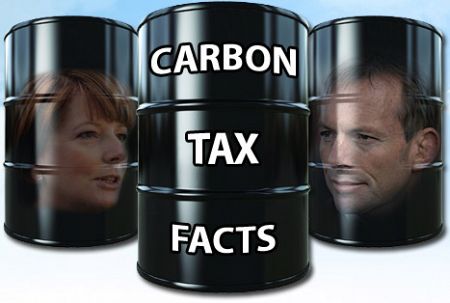 The most accurate estimate to date for the impact of the carbon price on retail electricity prices reveals the burden will vary considerably, depending on a household's location.

Tasmanians, with a relatively low carbon footprint, are set to gain significantly from the carbon price once tax and pension changes are factored in, while Queenslanders – heavily dependent on coal to generate electricity – will wear the biggest increase in power prices, according to economic models run on “supercomputers” at The University of Queensland.

The study estimates an average 8.9 per cent increase for retail electricity prices in the five eastern states, due to the carbon price — below the 10 per cent rise estimated by the federal Treasury. This runs counter to claims that Treasury has underestimated the impact of the carbon price on the economy.

Based on the legislated $23 per tonne carbon price, the GCI study produced the following estimated increases in retail electricity prices in the five eastern states covered by the National Electricity Market.

“Whether or not these increases in prices are regarded as high or low is, of course, a matter of opinion," said Professor John Foster, Program Leader Renewable Energy at the Global Change Institute at UQ.

"However, these estimates are the most reliable currently available and should be the focus of ongoing debates and discussions about the household impact of the carbon price.”

The wholly independent study, funded by the Australian Research Council, was recently completed by the Energy Economics and Management Group in UQ's School of Economics. It is the first study in Australia to employ an agent-based modelling methodology to closely simulate the behaviour of traders and generators operating in the national electricity market.

“With the use of supercomputing power, this approach to modelling has produced very realistic simulations of economic behaviour and its effects, “ Professor Foster said. “It contrasts markedly with other popular modelling approaches that rely on sets of unrealistic assumptions that are included to make the modelling manageable.”

Full technical details of the modelling can be found at http://www.uq.edu.au/eemg/docs/workingpapers/2012-5.pdf .

(Find out more about the Global Change Institute)