Australian of the Year: outstanding choice and a republican

The new Australian of the Year has been named and he’s a philanthropic republican businessman. David Donovan looks at who he is and why he was selected.

As is customary, on the evening before Australia Day the new Australian of the Year was named. Much to everyone’s surprise, it was not the unbackable bookies favourite – indigenous lawyer Professor Larissa Behrendt – but the somewhat lesser known philanthropist banker Simon McKeon who ended up with the honour.

Why McKeon was selected and not Behrendt is unknowable—the panel simply doesn’t explain how it makes its decisions. Maybe they just thought it was time to once again award the title to someone from the business community? As Gary Johns pointed out last week in The Australian, Dick Smith and Alan Bond are the only two business people in the awards 51 year history who have ever become Australians of the Year. Whatever it was that made up the judge's minds this year, the more that we learn about McKeon, the more it seems like the Australia Day Council has made an excellent selection. And, with the glaring exception of the same Alan Bond in 1978, the Council has almost always awarded the honour to outstanding and worthy recipients.

Who is McKeon? Well, to begin with, McKeon works part-time as executive chairman of the Melbourne Office of the “millionaires factory”—Macquarie Bank. Because of this, looked at in a certain light, McKeon might therefore be seen as a surprising choice. For one thing, bankers are hardly the flavour of the month at present, with recent public pressure forcing the Government to launch an Inquiry to investigate supposedly dodgy banking practices by the major Australian retail banks. MacBank is, of course, an investment bank, but it also has something of a tarnished public profile. Many see it as the Australian arm of the Wall Street "greed is good” banking system that has seen the collapse and subsequent bailout of investment banks throughout the western world. Macquarie has, indeed, built itself rather an unflattering reputation for price gouging customers in its airport infrastructure businesses, as well as through granting inordinately over-inflated salaries and bonuses to its senior executives—people like McKeon, in fact.

The difference between McKeon and most of his colleagues is that he, at least, sees his work at Macquarie as a way of achieving a greater social good. He said this outside Parliament House after receiving the award:


"I come from the big end of town and for many years have tried to preach, if you like, what happens when a big corporation actually does give money. It's there to make a profit, I'm not going to deny that. But I think there are many ways in which corporates these days can share their expertise, their people, their facilities and, of course, a bit of money as well … Of course they can give more."

McKeon, 55, was tipped to become Macquarie's chief executive in 1994, but instead opted to go part-time "to do other things I love". One of the things he loves, it seems, is sailing and he has set several world records as a yachtsman. It is, however, his philanthropy and community work that has won him the most admiration.

The official Australian of the Year Awards website says the following about McKeon’s charity work:


…Simon decided that he didn’t want to put off the idea of serious engagement with the community sector until his most productive years were behind him. So he joined the board of World Vision Australia in 1994…is Chairman of CSIRO as well as Business for Millennium Development, which encourages business to engage with the developing world. He recently retired as Founding Chairman of MS Research Australia….His association with World Vision International continues and he is also involved with the Global Poverty Project and Red Dust Role Models, which works with remote Indigenous communities.

Beyond that, McKeon also volunteers as a counsellor for heroin addicts in St Kilda.

There is no doubting his dedication towards assisting those less fortunate than himself, which may have emerged at least partially from his own personal experience of being struck down by a serious illness. McKeon was diagnosed with Multiple Sclerosis a decade ago. It temporaily blinded him and paralysed him on his left side below the hip, before eventually he made a full recovery.

There is also no doubting his honesty, principles and courage, because just hours after receiving the award he stirred up a hornets nest that was already buzzing from Michael Parkinson’s comments at the NSW Australia Day Council event the night before. McKeon outraged monarchists and Union Jack devotees when he said Australia should change its flag and become a Republic, as well as look towards finding a new national anthem.


"For me, I'm supportive of a change of flag, but I'm more supportive of let's bring on the agenda of a very simple question: Do a clear majority of Australians support a republic or not? All the other issues that flow from that such as the model of a republic, the flag, the anthem, even the date that we celebrate today, for me they are secondary issues. They are important issues, but they are secondary, there is only so much oxygen we can have at any one point in time to devote to this, but inevitably there will be a republic one day."

In this, McKeon picks up from baton from outstanding 2010 Australian of the Year Professor Patrick McGorry, who was vocally supportive of an Australian Republic and, indeed, gave the 2010 Republican Lecture in Canberra for the ARM. 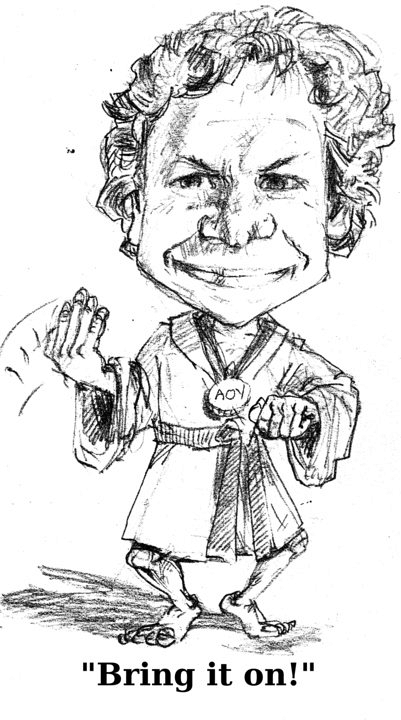 Republicans will surely be hoping McKeon will want to continue this excellent advocacy work and help Australia finally become a fully and truly independent nation.

As he said to Channel Nine on Tuesday:


"I don't want to take away our links with the mother country at all, but the reality is we ought to be able to stand on our own two feet."