A balanced and objective ABC? Your call

Vince O’Grady writes about his various skirmishes with the ABC concerning the veracity of their reporting, before asking readers to detail their own experiences. 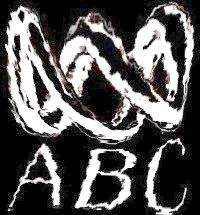 I used to be a fairly quiet chap, always having an opinion but generally not sharing it.

This stance changed after the tenth year of the Howard Government ― and here is the reason why.

In the budget speech of 10 May 2005, Peter Costello said the following about Disability Support Pensioners:

The largest category of disability at present is musculo-skeletal injury — principally bad backs. A person in this category may be unable to hold down a full-time manual job but they may be capable of part-time work, especially non-manual work. Of course if they are unable to find it, they will continue to receive income support through enhanced Newstart. But they will have an obligation to look for work.

On the following Saturday 14 May 2005, on the ABC radio broadcast as story on their AM programme called 'AM - Welfare to work doesn't go far enough: surgeon'.

The proposition put by the ABC presenter Toni Hassan was:


700,000 Australians are on the disability support pension – double the number at the start of the last decade.

The largest group are pensioners with muscular skeletal injuries, or as the Treasurer says, "bad backs".

Welfare advocates say they are not deliberately avoiding work, but one senior neurosurgeon, who wants to speak anonymously, is not so sure.

Patients complaining of back or lower limb problems are referred to "X" for diagnosis and pain management.

On examination, he finds that one in every 10 do not have a genuine or objective disability.

"Neurosurgeon X" then gives a bland outline of all the patients who come to see him for medical advice and back pain, where a diagnosis cannot be established and where he says there is evidence of patients enhancing their symptoms.


“...even though there’s no real or organic problem to explain their complaint”.

So, without getting a second opinion, he has effectively asserted that most people on disability pensions are bludgers.

Then, pushing the bounds of credulity to the limit, this anonymous neurosurgeon goes on to say that he has asked many of these people what they are on a disability pension for and “they can’t remember”.

His next statement, when his anger was erupting and bubbling over, is most interesting. He said:

I just happen to be a Disability Support Pensioner. I am indeed one of the people who has a bad back ― as well as bad knees, bad hands, bad neck, bad feet and a bad pelvis. These are musculo-skeletal and connective tissue issues and one in three DSP’s in Australia fall into this category. I have arthritis; the name for my condition is Ankylosing Spondylitis. I have had this condition since 1981 ― 31 years ago. I worked for many years with the condition and, when it degenerated into a huge problem, I applied for and went on to the DSP.

I wrote and made a complaint to the ABC on the grounds of bias ― that only one side of a story was being told; how could we believe one anonymous person when a cohort of people numbering 230,000 people would be judged by this interview and no-one from the other side of the equation was used.

My complaint went to the independent review panel. I was sent a knock back saying that the issues I canvassed were covered in other  ABC content and that there was not enough room to cover the other side of the story there.

Having read "Neurosurgeon X’s" input, let me tell you of my experience.

When I first got arthritis, the pain in my feet was so bad I could hardly walk. I went to a specialist who diagnosed me with psoriatic arthritis and started treating me with a drug called Methrotraxate. The specialist I went to was not a neurosurgeon ― he was a rheumatologist. Rheumatologists treat people with arthritis (musculo-skeletal complaints).

When I applied for the DSP, I had to fill out the forms and of course there were GP’s reports and specialist reports (my rheumatologist), so I find the comment above by the specialist that he has never been asked by Centrelink about these people more than a bit strange.

I also find it decidedly strange that the people on the DSP’s had forgotten the reason they were on a DSP. The reason I find this hard to believe is that  DSP’s are bloody hard to get. They are now even harder following Peter Costello’s and John Howard’s demonising of them in 2005. No-one would ever forget the reasons they got on a disability pension.

That was my first effort at righting a wrong that the ABC had done against people like me ― the bludger.

For those of you who are genuinely interested in the people who are on disability pensions and want to learn more  you can read the reports here.

It is a great pity that the ABC reporters and editorial people are so lazy and indolent that they just followed the Liberal Party line of Peter Costello and did a disgustingly one-sided story, backed up by a non-existent specialist doctor.

[For those interested in the ABC's suspect use of "anonymous" sources, see this recent story by Andrew Kos.]

They then denied their bias. They denied it, even though I proved to them that what they said could not have been true, with regards to the claims about people:


Since then, I have watched the ABC carefully, noting its frequently loose use of the truth.

The second incident I will mention (leaving out many in-between) was the 30 April  2012  interview between Chris Uhlmann and Craig Emerson, after which I wrote the following to the ABC:


I would like to comment on the behaviour of Chris Uhlmann whilst interviewing Dr  Craig Emerson last evening.

I thought him extremely rude, with his tone, his questions and his haranguing manner.

I think that he should be sacked for showing what a poor journalist he is. Not only      because of his bad manners, but also for his slant of his questioning. His questions showed an unprofessional approach to the subjects raised by Heather Ewatt. The minister answered the question and he asked it again.

The response I received back was laced with condescension, and included the following statement:


The adversarial or 'devil's advocate' style of interviewing, employed at times by Chris  Uhlmann, can generate a strong and mixed reaction from the public.  Part of the  technique of the 'devil's advocate' approach is to take major points of criticism from various sources and put them to the interviewee. This can sometimes give the audience the impression that these are the personal views of the interviewer. This is not the case.

When he is doing a one-on-one interview he has a duty to conduct a testing interview    that does not allow the interviewee to use the occasion as a political platform. It is his duty to put other points of view to the interviewee and his responsibility to make reasonable efforts to ensure that the questions are answered.


I would like to make the following observations on your characterisation of Chris Uhlmann's interview style.

You said "When he is doing a one-on-one interview he has a duty to conduct a testing interview  that does not allow the interviewee to use the occasion as a political platform."

This seems to me a completely stupid comment, because politicians use every press minute as a "political platform" So, in fact, what you are saying is that ABC journalists  randomly deny certain politicians (depending on the interview style they choose), their right to get across their political views.

In the interview in question, Uhlmann certainly denied Dr Emerson the right to his political views to be heard by the public, by continually interrupting him and haranguing him. That, by any decent social measure, is the definition of being rude.

Tony Jones is another person who uses this technique, but he is also selective with who he uses it with. On Q&A he continually interrupts people to correct them. The other night on Lateline he allowed Greg Hunt a complete "political platform" in a tame interview. Naturally, it was about the carbon price. Greg hunt stated that in 40 years time the "tax" would be such and such. A total misrepresentation of the facts of the price, which lasts under the legislation until 2015 when it becomes a cap and trade scheme.

Contrast the two interviews. Uhlmann "going after" Dr Emerson in a forthright and, in my opinion, rude manner and questioning anything he said "... that does not allow the interviewee to use the occasion as a political platform";  and then Tony Jones, asking questions and not interrupting Greg Hunt during his interview and in consequence "ALLOWING HIM A POLITICAL PLATFORM" which was misleading in the extreme.

These are the reasons that I believe that the ABC is now biased. And Mr Doyle you do a good job of protecting the ABC, but your arguments are weak and unsustainable.

To be right up to date, I will mention another ABC howler and misinformation.

On 3 September,  ABC News 24 channel did an overview of the Gonski report. They stated in writing on the screen that Gonski had recommended a $5 billion increase in school funding. In the 41 recommendations of the report which I read, he had done no such thing. Gonski recommended a new funding system be developed by government.

I wrote to the ABC and asked them to correct the misrepresentation. I have had no response so far. I have seen no withdrawal. I wrote a piece for Independent Australia about the reality of the Gonski review, which was published on June 30; please see it here.

All that day, the ABC referred to the “long awaited “ response to the Gonski report. It was released to Government in December 2011 and publically in February 2012. That is 6 months ago.  Given that it was a major review on how our school system is funded and the investment discussed in the document, I find it a little disingenuous of the ABC to say “long awaited”. How long do they think major policy decisions should take? Overnight? A few days?

I ask you, the reader, to comment after this piece, relating your concerns about the reporting of the issues of the day by the public broadcaster.

Am I a bludger for having bloody painful arthritis for the last 31 years?

Does the ABC give us the facts and both sides of the story?

Was Chris Uhlmann rude to Dr Emerson in his attempt to not allow Emerson a “political platform”.

Please share your ABC moments and let us all see if they are the credible news service that we expect ― and the nation sorely requires.