Waiting for the Queen to die: a very bad idea 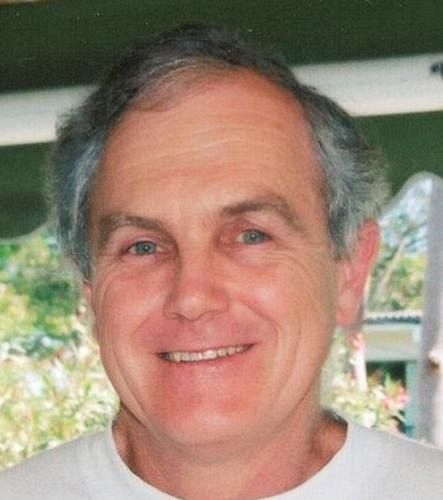 Waiting for the Queen to die before Australia becomes a republic is a really bad idea. Ross Garrad suggests an interim stage before becoming a full republic.

Actually, in the context of Australia’s hesitant and confused moves towards separating from the British monarchy, “waiting for the Queen to die” covers a whole range of bad ideas. The “baddest of all”, originating most notably from dispirited republican politicians, is that we should wait for the Queen to die before even starting the debate on reforming our head-of-state arrangements. A recent article by Mike Keating and David Donovan points out some of the misconceptions and pitfalls in this approach. After the Queen’s death, or abdication, we would essentially be in the same situation as we are now, with the media “personalising” the debate as always. It would be all about Charles, or whichever of his siblings had managed to outlive their mother. Not about us, and our sovereignty and self-respect as a nation.

Slightly less bad, but only slightly, is the idea of having a referendum now, so the “big-bang” constitutional changes, originally scheduled for the centenary of Federation in 2001, would happen automatically when the Queen dies or abdicates. Let’s try to visualise how the end-game would unfold, in the years after a successful referendum. If we heard that the Queen’s health was failing, would the sense of anticipation and excitement start to build? At long last, after so much struggle and heartache, an Australian Head of State would be nigh. When the news of Her death arrived, would there be fireworks and dancing in the streets? The incongruity and inappropriateness are blindingly obvious. It seems like a good idea at first, but the atmospherics and the emotional aspect are all wrong. We may think that by waiting for Her death, we are expressing our respect for our Monarch of the last half-dozen or so decades, but the message that ends up being spun into the minds of Australians may be quite different.

At first glance there seems to be only one conclusion. Republicans must keep doing what we have been doing. It hasn’t worked so far, but soon the logic of our arguments, and our passion for complete independence with a fully Australian Head of State, will take hold in the community. The people and the politicians will realise that it’s not about lack of respect for the Queen, but respect for ourselves and the country we will pass on to our children.


But there’s one problem. We don’t live on that planet. We live on this one. The one where our “dumbed down” media don’t expect their passive consumers to exert their mental abilities, where the insidious disease of “celebrityism” crowds out any consideration of policy or principles, and where the issue of our nation’s sovereignty is perverted into nonsense questions about whether we like Charles and Camilla as much as Elizabeth and Philip. On this planet, residual loyalty to our Monarch is still evident in opinion polls showing public opinion split into three roughly equal slices: those who want a republic now, those who wish to wait until the end of the Queen’s reign, and those who want to take their chances with the next generation of Windsors. Politicians like Julia Gillard and Malcolm Turnbull are correct, unfortunately: Australia will not separate from the monarchy before the end of the Queen’s reign.

So should we resign ourselves to waiting another decade, or two or three, for the “inevitable” republic to arrive? NO!! There IS another way, if we employ a bit of lateral thinking. The two crucial events – constitutional change to reform our country’s head of state arrangements, and our separation from the British monarchy at the end of the Queen’s reign – should be “decoupled”, or if you prefer, “unbundled”.  We would need to work out a transitional system that could be brought into being as soon as possible, and would work equally well in the final years of the Monarchy and the first years of the Republic, until further change could be considered. The system would need to offer relatively little change, but be demonstrably superior to what we now have, in the checks and balances it offers. It would allow the Governor-General to evolve into a real Head of State, not merely the Queen’s representative as our Constitution currently specifies. When the Queen’s only role in our system of government is to have her head adorning our coins, we could automatically separate from the monarchy at the end of her reign, with no change of any substance at that time. There would be no national angst because we had missed a deadline, and no dancing in the streets because we met the deadline. Just a gentle, respectful, final break with our colonial past, followed by a period of quiet reflection.

The naysayers will tell us we aren’t capable of devising an appropriate transitional system, and making this strategy work. In their eyes, we are far less capable than our forefathers, who created an entire system of government just over a century ago. They’re wrong. We CAN make it work. We can achieve republican constitutional reform in the next couple of years, and become what some people mistakenly claim we already are - a “crowned republic” - until the end of the Queen’s reign.
REPUBLIC Australian republic Ross Garrad waiting for Queen to die
Recent articles by admin