David Donovan talks about Twitter, the maligned reputation of Brisbane and viral hashtags such as #rejectedbnetourismslogans.

(This story was republished in The Punch on 2 April 2011) 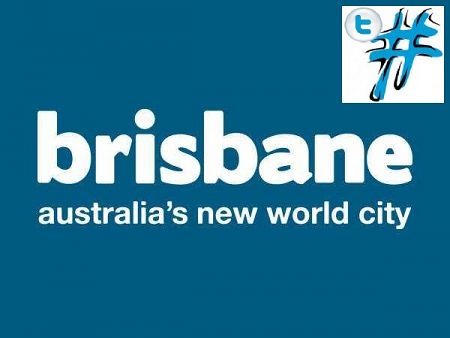 In case you aren’t part of the Twitterati, hashtags refer to the “#” that allows debate or discussion on particular topics in Twitter between users who would probably otherwise never get in contact with each other. For example, there is the #AusPol hashtag that discusses Australian politics and the #qanda one which discusses the ABC’s Q&A programme every Monday and a million other hashtags covering every topic under the sun. I often use them when I post Independent Australia articles on Twitter to get them out to a wider audience, for instance.

But they can also be on frivolous matters as well — and this is where the fun really starts. Yesterday, a hashtag arose called #rejectedbnetourismslogans which, as the name suggests, is all about creating slogans to poke fun at the City of Brisbane. I’m not sure who suggested it, or why, but it has gone viral with thousands of contributions, many of them extremely funny.

@domslashryan: Brisbane: Where the river comes to you


…though some of them vicious:

@dangerboyBrisbane: You will never find a more wretched hive of scum and villainy. #rejectedbnetourismslogans


There is also a substantial minority of proud Brisbanites on the hashtag defending their town:

@LaurenLee_: I don't like this #rejectedbnetourismslogans - I love living in Brisbane. We shouldn't be promoting it badly for the world to see.

The much maligned reputation of Bris Vegas, City of Lights 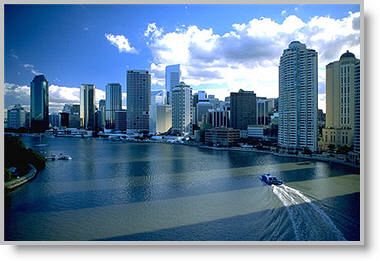 Brisbane, or Bris Vegas as it is sometimes called, has long had a maligned reputation around Australia. It is a big city, with about 1.5 million residents, yet people from Sydney and Melbourne, in particular, have long scoffed at Australia’s third city as being nothing more than a big country town. In 2000, a newspaper poll listed it as Australia’s most boring city. In fact, I did a radio interview for radio station 4EB after that poll with a spokesperson from Tourism Queensland, who admitted that the way they usually marketed Brisbane was by selling it as being close to other places like the Gold and Sunshine Coast. This speaks volumes.

Brisbane’s reputation arose, I suppose, because for many years the National Party Government under the Premiership of arch-conservative Joh Bjelke-Petersen did not allow much in the way of fun for people coming to Queensland. The licensing laws and shopping regulations laws were from the 19th century, with bars closed on Sunday and no late-night trading, and police would regularly break down the doors and arrest people at rock concerts for obscenity, amongst other things. It was only after he left the scene in the late 1980s that Brisbane, and Queensland as a whole, allowed itself to undo its top button and relax a little.

Brisbane was then, and still is, one of Australia’s most beautiful cities — nestled on the river amongst stunning hillside suburbs. The city is a bustling cosmopolitan metropolis, full energy and commerce. In the City and South Brisbane its nightclubs and restaurants are the rival of any other Australian city. It has an al fresco café culture, a vibrant live music scene and alternative scene in the Valley and West End. Indeed, many of Australia’s most-loved bands arose from Brisbane – such as the Go-Betweens, The Saints, Regurgitator and Powderfinger – although admittedly, virtually all of them had to leave the city to become famous.

Brisbane is a great place to live and grow up. The people are friendly and open. It is incredibly tidy and clean. It has a moderate – though steamy – climate. In summer, the norm is cloudless days before abrupt and spectacular late afternoon thunderstorms that clear the air and cool the evening. People live, by and large, in large houses with big leafy gardens, pools and wide verandahs—just perfect for summer BBQs. There are hundreds of well-maintained and resourced parks and playgrounds for families. The river allows easy access to boating and fishing, with Moreton Island being just a 40 minute boat ride away up the River mouth. Of course, Brisbane is also only a one-hour drive from both the Gold and Sunshine Coasts, so Brisbanites spend much of their time at those idyllic beaches during summer holidays and weekends.


Where Brisbane falls down, even today, is that it simply lacks any major compelling tourist attractions. It struggles because the tourism market in South East Queensland is dominated by the Gold Coast’s beaches and its three major theme parks. Brisbane is a working city, not a tourist destination, and you can virtually count Brisbane’s attractions on one hand. South Bank Parklands, with its massive pool, Museum and Art Gallery; the lookout at Mount Coot-tha, along with the nearby Botanical Gardens; the Treasury Casino in the city and, perhaps, at a stretch, Alma Park Zoo—though it is in fact outside of the Brisbane municipal area in the north. A casual tourist in Brisbane, after being to lunch at South Bank and wandering through the museum, gambling at the casino and visiting the lookout at Mount Coot-tha would be scratching their heads as to what else to do next. Maybe have dinner and then get drunk—that’s what most of the locals seem to do.

So, on balance, its reputation as a boring city is probably deserved even though it is a great place to live.

So, here is a selection of the posts on the hashtag #rejectedbnetourismslogans that were retweeted over the last 24 hours: