Time for a plebiscite

We are in 2010 – in the 21st Century – and we are still a nation with a British monarch as our head of state. To many, this is a humiliating and anomalous situation.

WITH EVERY respect to the Queen and citizens of Britain, we have to set the wheels in motion again to make our own way as an independent nation with an Australian as Head of State.

We have the maturity, the strength, and courage to achieve this.

More than a resolution, this has to be a priority to take full responsibility in deciding our destiny as Australians for a unified Australia with our own identity and nationalism.

This is pure commonsense to have an Australian citizen democratically elected as Head of State in control of our own affairs.

Right now we have no say but to accept a foreign monarch and her heirs – by divine right – as our Head of State with her representative as an outdated Governor General. 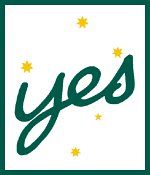 We should lose no time in making this change where every Australian would be eligible. In simple terms, only Australians become head of this country and not any foreign monarchy.

This makes complete sense and also unifies Australia in a manner never experienced before. An Australian Republic to make our children and their children feel proud and safe in this inheritance.

To this end, our republicans must relentlessly stir our Prime Minister and politicians on both sides of Parliament to, at least commence a debate and call for an immediate plebiscite — a foreign head or an Australian Head of State.

Time for a plebiscite