The Queen is Australia’s Head of State: Part III 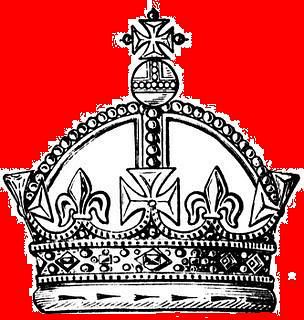 Lewis Holden continues the series arguing the Queen is Australia's Head of State, based on a new book by Steven Spadijer.

Part I of this series is here; and Part II is here.

Now that the Queen has been and gone, it's timely to reflect on the fact that Her Majesty was referred to as the "Head of State of 16 Commonwealth realms". As Peter Fitzsimons points out, not a peep was heard from the ACM, the only proponents of the wacky proposition that the Queen is not Australia's head of state.

I say wacky because after reading Steven Spadijer's book on the issue, it's difficult to see how the ACM missed the weight of case law evidence pointing to the Queen as Australia's head of state. Perhaps they should spend less money buying push-polling from Roy Morgan or buying Facebook friends and instead buy Steven's book!

So let's look at the case law which shows that the Queen is in fact Australia's Head of State. It should come as no surprise that Australian courts, like their foreign counterparts in Britain and Canada, have identified the Queen as Head of State. They have done so because all powers of the state flow from the Crown to the government officials, not vice versa.

But never has any court ever suggested that the appointment of the Prime Minister is a ‘defining’ power of a monarchical Head of State, as Sir David Smith has claimed. In fact, one Canadian Supreme Court case – Re Canada Assistance Plan (B.C.) [1991] 2 S.C.R. 525, 576 (quoted below) – explicitly referred to the Queen as the Head of State, despite in the very next sentence noted the power to appoint the Prime Minister resides exclusively with the Governor-General. So much for the power to appoint the PM being the ‘defining’ function of the Head of State. Equally, so much for the claim by Professor Flint that the term has no constitutional usage or meaning (as noted in Part II over 19 monarchical constitutions use the phrase "Head of State" to denote the Crown as being the symbol of national unity and the case law below is largely in the area of constitutional/citizenship law, not international law).

“...in some countries (and throughout our history), school children have pledged their allegiance to the Head of State. Allegiance to the...Head of State of a country is the traditional way, in a constitutional monarchy, by which alienage is excluded and membership of the community or body politic of that country is signified”.

In Nolan, Justice Gaudron also referred to the Queen as Head of State in the context of citizenship law. In fact, during oral argument in Ex parte Justices Patterson, Kirby and Gaudron, all recognised that it was “implicit” that the fact the Queen has “subjects” meant that she, not the Governor-General, was the Head of State. Similarly, this symbolic role of the Queen was not lost on Chief Justice Brennan at his swearing-in ceremony, who referred to the Queen as Head of State due to the simple fact she is a symbol of national unity, while in Justice Moller Beach also observed that the taking of an

Steven's book contains plenty more research - more on that in the next part of this series.

Here's all the case law supporting the proposition that the Queen is Head of State:

R v Sam Scott [1993] ACTSC 12 (Higgins J). (‘Each sovereign nation recognising the Queen as its Head of State creates a new division or separate office of the Crown’ noting the Sovereign is the Head of State of Australia by being the personification of the body politic);