The Queen is Australia's Head of State: Part I

Legal expert Steven Spadijer has proven conclusively that the Queen is Australia's head of state, and in a new book he has presented the full and exhaustive legal proof. And now that he's busted their favourite myth, monarchists refuse to debate him. Lewis Holden comments. 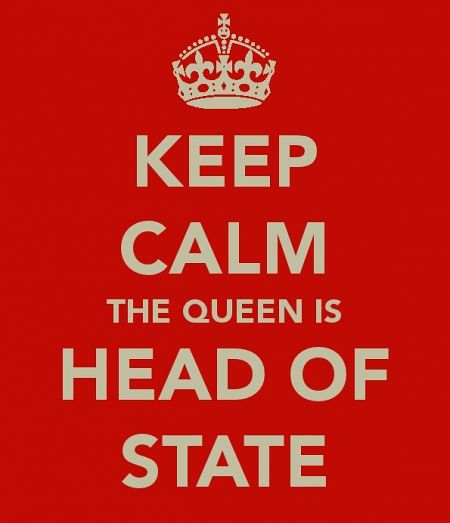 Constitutional scholar Steven Spadijer has published a book on Lulu explaining the full legal argument as to why the Queen is, unquestionably, Australia's head of state.

As you know, the Queen is currently visiting Australia before the Commonwealth Heads of Government (CHOGM) meeting in Perth. Whether she is doing so  in the capacity of head of state of Australia is a point of debate between monarchists, a strange adjunct to the cause of an Australian republic. Some argue that the Queen is the head of state, while others – notably Australians for Constitutional Monarchy (ACM) – argue that the Governor-General is Australia's head of state. In particular, Professor David Flint and Sir David Smith have made the argument, with Smith dedicating a whole book, Head of State to the issue.

Not all monarchists take this view. Phillip Benwell of the Australian Monarchist League, an organisation that appears to despise the ACM, for example takes issue with the stance. David Byers, an author for the Canadian monarchist blog The Monarchist also despises the ACM and its stance. For republicans, the debate is a sideshow, a clearly strategic move by the ACM to try and snooker the republic debate by claiming Australia already has a head of state in the Governor-General.

The debate has been brushed off as nothing more than a distraction — until now. Steven's book – available at the very reasonable price of $19.95 online – clearly sets out why Flint and Smith have got it wrong. This series of blog posts will summarise the key arguments back and forth.

I can predict the reaction of the ACM to this series. First, they will attack me personally as author of this series, probably bringing up (yet again) mistakes I've made in the past and atoned for, or some other irrelevant claims as to my motivations as a republican. They will ask why I take an interest in the Australian republic debate. Like many New Zealanders, I do have close family ties to Australia, and I've calculated that I've spent more time holidaying in Australia than the Queen of Australia has actually spent being Australia's head of state. It's that last point I will focus on now — it motivates me to refute the nonsense claim.

Secondly, they will attack Steven. But both Flint and Smith were given, and refused, the chance to debate Steven (and Phillip Benwell) on the issue in a public forum. I'm told that this is allegedly because the ACM didn't want to cause offense to the Queen! Surely simply arguing what you see is true (that the Queen is Sovereign) cannot be offensive.

Thirdly, the may try to attack the legal precedents presented. It is only on these points that I will respond. I am presenting Steven's arguments because I believe he has presented a meticulous case for the Queen being Australia's head of state.