The Path to a Republic 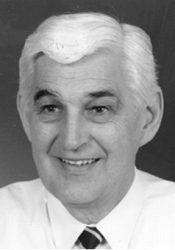 In 1999, Ted Mack, a direct electionist republican, joined with monarchists to assist the No campaign. In this article, he charts a very sensible course towards bringing about an Australian Republic.

BORROWING FROM from Paul Keating’s acerbic comment on microeconomic reform, it seems that “you can go into any pet shop in the country and find a galah talking about a republican constitutional model".

The fact is that no individual or group should try to impose any model of a republican constitution on the Australian community.

We should learn from the failure of both the 1998 Constitutional Convention and the 1999 referendum as well as from the evolution of literally hundreds of constitutions formulated around the world over the last century.

The fundamental requirement is to establish an orderly, open, democratic and deliberative process for change, if change is what the majority of Australians want.  While the evidence of the 1998 Constitutional Convention elections and many opinion polls indicate that this is the case, it must first be legitimised by a plebiscite asking in effect,” do you wish to end constitutional links with the monarchy on the death or abdication of Queen Elizabeth II”.  In order to maximise the “yes vote” it is vital to assure people that Queen Elizabeth is given due respect and not be arbitrarily dismissed.  The Queen would undoubtedly abdicate on the passing of a final constitutional referendum.

Such a plebiscite is essential to separate the two questions of whether the monarchy should go and what form of republic should replace it, eliminating the double-barrelled question that was the fundamental reason for the failure of the 1999 referendum.  Once the plebiscite is carried monarchist support will steadily erode and the process of change can begin   In what is possibly the only formal survey and analysis of constitution making yet completed, Jon Elster of the University of Chicago and University of Oslo (Democracy’s Victory & Crisis 1997) has distilled some basic principles.

First, a democratic constitution is best formulated through a proportional fully elected constitutional commission.  Parliaments should not be allowed to be judges in their own cause.  Politicians and bureaucrats will almost  never have the public interest at heart when ceding or gaining “turf” as evidenced by the last century of attempts at “reform”.

Second, the role of experts and lawyers should be advisory rather than in actual decision-making.  Solutions tend to be more stable if dictated by political rather than technical considerations.

Third, constitutions should be evolved in calm, generally open, deliberative and measured conditions avoiding “grandstanding and rhetorical overbidding”.  Secrecy should be minimised to avoid “partisan interests and log rolling coming to the forefront” and “threat based bargaining”.

Fourth, any “constitution should not come into effect until some time after it has been adopted, so as to reduce the impact of short-term partisan motives”.

Following these principles, a fully proportionally elected constitutional commission should be convened.  It should be serviced by a legal and technical secretariat and meet for short sessions over a substantial period of time.  It should have the power to put plebiscites to the people, ideally concurrent with a general election, to establish fundamental directions.  Eventually the commission should be authorised to institute a referendum on the basis that the new constitution will not come into effect for say, seven years.

This process would take substantial time but surely we can put aside “the malady of supposed urgency” and impatience that bedevilled the debate in the 1990s. Australia, almost uniquely, has the luxury of time to develop a constitution.  There is no overwhelming crisis, impending war or revolution.  Whether the Queen stays or not makes little practical difference to the lives and well being of most Australians.

On the other hand there are many problems, stemming from both what is in and not in the constitution, which seriously affect everyone.  No serious observer can pretend that we do not have major problems with our system of government and constitution, with its many obsolete features, or that we are incapable of achieving any improvement after a century of experience.  “Minimalism” in our approach to a new constitution was always a mistake as many commentators have remarked and documented such as Helen Irving in her 2001 Barton Lecture, David Solomon in his 1996 book Coming of Age, Charter for a New Australia and Harry Evans, the former Clerk of the Senate, arguably Australia’s leading expert on constitutions and government.

It is not possible to attempt to change our monarchist constitution to a democratic republican model with minimal change.  They are fundamentally different.  In a monarchy the monarch is sovereign, in a republic the people must be sovereign.

A good definition of a republic is Abraham Lincoln’s “Government OF the people, BY the people, FOR the people”.  All too often, government in Australia at all levels is Government of the people, by the powerbrokers, for the mates with the people as powerless bystanders.

There has never been such public frustration and disrespect for out political system and politicians.  Some 30 per cent of people now vote against the political establishment when they have a choice – largely out of frustration and despair.  Many of the causes of this situation relate to the inadequacies of the constitution.

If any proposed new constitution is to receive public approval it must offer real benefits and provide greater public participation in government, not less.  The real lesson of a century of failed constitutional referendums is that in the main any suggestion of centralisation of power will be rejected.

This does not mean that a new constitution can, or should, attempt to solve all problems.  Constitutions should, as far as possible, not try to freeze the future, incorporate current values and aspirations or attempt to entrench policies that cannot currently be achieved through the normal democratic legislative process.  Obsolescence is the inherent enemy of all constitutions and with ever increasing rates of change it will be an even greater problem in the future.  All constitutions should therefore contain a sunset clause.  The fundamental requirement is to set out an administrative structure to run the country.

To the extent that attempts are made to depart from these principles then the risk increases of Malcolm McKerras’s “neverendum” becoming a reality.