The monarchy: just because it's old doesn't mean it's good

British republican Liam Finn looks at the monarchy and refutes the myth that it has protected its subjects for ten centuries or more. As Finn says, just "...because something has been around for a long time does not mean that it is right".

There is a strong historical aspect to monarchists’ defence of the institution. Some argue that its presence and significance in our history somehow justifies its continuation. I have actually heard a number of people trying to defend the monarchy with the simple phrase “it’s been around for ages!”

So what? I love history and culture. I love walking down a street in an old town and imagining having my feet in the same place as somebody had theirs many years before. I do not underestimate the importance of history forming a national identity and national pride.

Let’s look at the history of the monarchy in a bit more detail. The monarchy we have today is very, very different to that which has inhabited our history since 1066. Until recent centuries, our monarchies have been autocracies justified on account of being there through God’s will. Do you think King Henry II was opening up hospitals or the patron of children’s charities in the twelfth century? Or was he stealing taxes from the starving peasants and serfs out in the fields whilst he enjoyed his banquets and castles? Is the unimaginable suffering of people over the past millennium something we actually want to celebrate?! 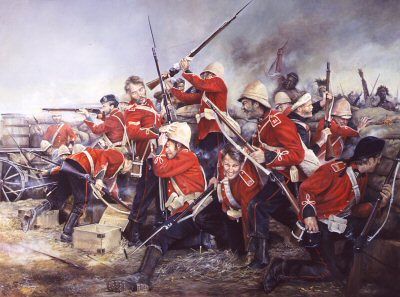 Monarchists make out that the monarchy has been the institution which has protected the British people and its dominions for over ten centuries, like a parent guards their infant. This is not true: we have had ten centuries of various families ruling over the English, then British, empire and its people, leading them into war to die in their millions for petty little feuds, telling them that they are inferior, causing them untold suffering and hardship, taxing them illegally and immorally into extinction and preventing the progress and development of the country. The ten centuries of glorious protection began with an invasion! The British monarchy has not been one constant family or one constant institution. Britain as a union didn’t even exist before 1707. All that is constant in the monarchy is the abuse of power, the corruption and the suffering of its subjects.

It’s quite infuriating when monarchists give such a warped interpretation of Britain's history. This is particularly evident in the fact that so many people denounce Britain’s ability to become a republic by arguing that the English republic under Oliver Cromwell failed. They use it as evidence that we needed a monarchy to survive. But this is lazy and pathetic. Cromwell was a dictator. His republic was not a democracy, just as the republic of the Third Reich was not a democracy and just as Robert Mugabe’s Zimbabwe is not a democracy. To suggest that a republic would fail simply because of a dictatorship established three hundred and fifty years ago is ignoring the progress and change which this country has witnessed since. Once again, monarchists doubt the ability of the people.