The King's Speech, yet another film to save the monarchy

"This film will save the monarchy!" Lewis Holden disagrees.

No, this quote isn't about The Kings Speech. It's about a film released in 2009 called The Young Victoria, another film about the British monarchy that got supporters of the monarchy excited and making outlandish claims. It comes from a blog post on the film, which was strangely deleted by the monarchist website that hosted it. (Google cache can be so annoying sometimes.) While such claims about a film are comical, they show a growing sense of unease about the future of the monarchy.

The King's Speech actually highlights the monarchy's many flaws and its scant relevance to Britain's former dominions beyond the seas. And what it doesn't highlight - and tries to sugar coat - is the abdication crisis. This is something critics, such as Steven Fielding and Peter Bradshaw, are slowly pointing out and putting right. Moreover, films such as The King's Speech enable discussion on the absurdity of the monarchy.

The historical accuracy of the film leaves a lot to be desired. Bizarrely, Winston Churchill is set as a counsellor to Albert (later George VI), while in actual fact Churchill was offside with his Conservative colleagues for backing Edward VIII, who committed the horrid crime of loving a an American divorcee and a commoner (as well as annoying the Conservative Prime Minister of the day, Stanley Baldwin, but that's another story). 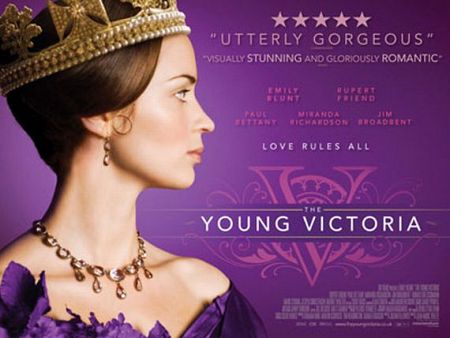 As someone who grew up with a speech impediment (unlike King George VI who stuttered, I grew up not using the hard palate of my mouth until about 12, which produces mal-formed vowel sounds) I found the film just a little bit patronising of people with such afflictions. Like George VI, I was lucky to have an excellent speech tutor. I am eternally grateful to Mrs Celia Archer, who encouraged me to take up public speaking and sparked my love of debating at university. Unfortunately, the taxpayer didn't pick up the tab for me or my parents.

On that basis alone, I just can't see how the ardent supporters of the monarchy think this film helps their cause. As I've said, apart from sugar coating the abdication crisis there's really little to endear one to the monarchy, the story is really about one man's struggle to overcome his stutter and his triumphant (Australian!) speech therapist.

The truth is that without films such as The Kings Speech, the monarchy is invisible in our society today. The monarchy has declined since the 1950s from having a central part in our lives - something that mattered to all of us - to something only seen in women's magazines and films. Yet there's a contradiction to all this. Whilst the monarchy is invisible, it appears a lot of supporters of the monarchy take a pragmatic view: while it might appear absurd, it does serve a purpose, and it ensures that no derrière belonging to a politician shall touch the throne. Fear of change is the main reason they support the monarchy, it's also a powerful weapon (alongside division and misinformation) for the opponents of a republic.

If the public can take anything from this film, it's that Australians are more than capable of being excellent world-class speech therapists, but they just can't be head of state of their own country.
REPUBLIC FILM AND DRAMA Australian head of state King Edward VIII King George VI Lewis Holden Monarchists Monarchy Speech impediments The King's Speech Winston Churchill
Recent articles by admin