The British monarchy sends the wrong message about Australia

Australia’s Constitutional links to the British monarchy sends the wrong message to the rest of the world, says Len Liddelow. 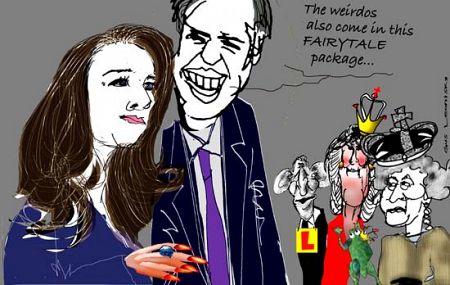 Whether monarchists accept the fact or not, Australia will be a Republic within the next 25 years — and probably a lot sooner.

If historians were to be really truthful, the crown has slowly but progressively lost its mystique in Australia since the disastrous marriage of Dianna and Charles, with all the ensuing publicity which gave an insight into an at times somewhat dysfunctional royal family. People began to realise the royal family – in some respects –was no different to other families in the Realm.

Coupled with this is the fact our Queen may as well be living on another planet as far as any practical benefits to Australia are concerned. The fact her representative in Australia, the Governor-General, performs all of the necessary political functions required with respect to our government simply highlights the fact she is a forgotten, redundant, absent and, actually, a completely unnecessary part of our political system.

Furthermore the Queen projects a false and misleading impression to the rest of the world that Australia is still connected to and dependent on Britain  — that it is somehow unable and incapable of going it alone and standing on our own two feet. This could not be further from the truth.

We have one of the strongest economies and one of the most democratic stable governments in the world. We have an egalitarian easygoing society that attracts people from everywhere wanting to live here. We have a sound reputation in our geopolitical region for our generous foreign aid programmes and we are always ready to help other countries when disaster strikes. Our defence forces are highly regarded by other countries.

One could go on and on here but the bottom line is, why should Australia be mistakenly linked to Britain as being a colony or dependent country when in actual fact we are punching well above our weight in every respect with regard to the rest of the world. In reality the Crown no longer has any importance or relevance to Australia, hence our need to become a Republic.