The ARM looks for a full-time national director

In the March ARM newsletter, Republican Roundup, Major General Michael Keating announces that the ARM is in the market for a full-time national director, something they haven't had since 2006.

The following is an extract from his March letter to ARM members, where he also talks about the ARM's approach to the royal wedding.

The major tasks underway at the moment include: a review of our Policy Statement with particular emphasis on ensuring it is worded in the most appropriate (accurate , brief and clear!) way; finalisation of our Political Engagement Strategy; planning for a function in July to mark the 20th anniversary of the founding of the ARM – yes it has been that long, and far too long for an organisation trying to do itself out of business; and continuing research into attracting some major donors to allow us to employ a fulltime Director to coordinate and oversee a communications strategy that includes a social media approach to encourage the required widespread community involvement in the republic issue. 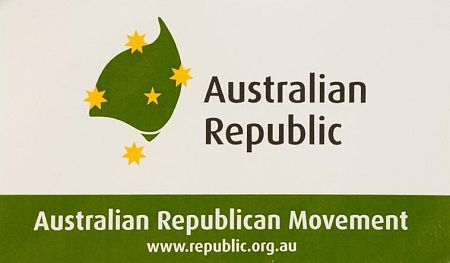 You will all be aware of the forthcoming royal nuptials! William Windsor and Kate Middleton are finally tying the knot on 29 April.

Naturally there will be intense media interest in this event because of the celebrity factor. Some of media effort will be directed at us with the aim of creating some controversy! We will not be able to ignore this questioning. As we see it, the wedding is principally about the Windsor family and ensuring the continuity of the Windsor line. It is about two young English people who will marry in England and live in England.

We wish them well as a couple as they confront the challenges they will face. From our point of view, our focus is on removing the existing constitutional links with the English monarchy which does not represent Australian values in 2011. As things stand, Charles Windsor will be our next Head of State and he will be followed by his son William unless the Windsor family decides otherwise. We want Australians to have a say in who should sit at the apex of our constitutional arrangements and best represent us on the world stage.

That is the message we will be trying to put across.

A brief history of the Australian Republican Movement

The lazy "too many other issues" excuse

7 July 2011, 6:42pm Our elected representatives saying we should delay a Republic because there are too ...

Hiding behind the flag