Kelly Hockley asks Australian republicans to sign an online petition asking for Australians to have a vote on their nation becoming a Republic.
The Royal wedding of William and Kate has come and gone in true British style and the happy couple will soon venture off on what will no doubt be a very lavish honeymoon. The streets of London have undergone a monstrous clean-up and no longer resemble that of a wedding venue. The marriage of the two has again reignited the debate about whether Australia should remain a constitutional monarchy or move forward and become a Republic.

Australia has proven itself to be a progressive country. We are a modern nation and a place millions of Australians are proud to call home. Our nation is beautiful and unique and like no other place on earth. We are a truly a culturally diverse nation — we embrace our Indigenous heritage and warmly welcome immigrants from all over the world. We are a lucky country.

Though we hold the Queen in high esteem, a British Head of State no longer represents the average Australian of today. A large percentage of Australian’s immigrants have been born overseas in non-English speaking countries. These new citizens have no links, culturally or historically, to Britain. Under the current constitutional monarchy, no Australian citizen – whether born here or having migrated – can ever become our nation’s Head of State.  What sort of example is that setting for our future generations? In a country of equal opportunity, why must we disappoint our youth by telling them that they may never be the Head of State of this great land. What right do we have to deny them this opportunity?

Under the current system, the Queen of the United Kingdom promotes British trades and interests on her travels, not our Australian interests. International trade is of the upmost of importance to this country’s future well-being and should be promoted by our Head of State. And whenever our Head of State, the Queen, visits Australia it costs us, the taxpayer, a significant amount of money. For instance, Her Majesty last visited Australia for the 2006 Commonwealth Games in Melbourne and – to provide for the lavish lifestyle she is accustomed to – her brief tour cost the Australian taxpayers $1.8 million. She is due to visit Australia again later this year – in October – for the Commonwealth Heads of Government meeting. Yet again at the burden of the hard-working Australian tax payer. Indeed, our hard earned taxes have to pay the  costs of any member of the Royal Family who wishes to visit us. If Australia became a Republic, these unnecessary expenses would be eliminated, reducing these unnecessary outgoings from our national budget for all time and freeing up money that would be better spent in areas that would benefit Australians — such as in health, education and in mitigating climate change. 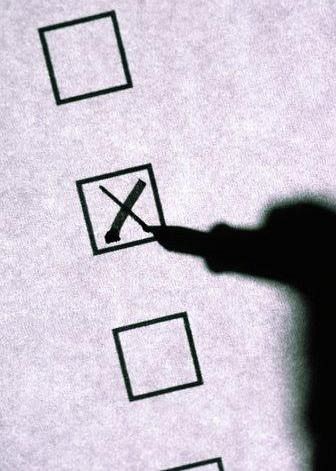 It is time for Australia to move and make sure that our Constitution is in line with our modern nation. With the cultural change in Australia that has taken place over many years, we can no longer afford to share sovereign power. We are a democratic country, but we can never have full democracy whilst the head of state of this country is not an Australian citizen. Of course, we can still embrace the historical and cultural links between Britain and Australia with great affection, recognising that our mother country has helped make Australia what it is today — but the time has come now for our great nation to move forward.

Australian’s express their democratic voice through elections. As a democratic society we have the right to vote for whomsoever we choose, to protest against the things we don’t agree with and to speak out freely—without any fear of reprisal. But what if our Government is not listening? What if they are putting their own interests and agendas before those of the Australian people? Through a petition, we all have to opportunity to voice what we want for our nation and tell our Government that we want change. Petitions can be an effective tool to promote such change, as they can allow voters to pressure Government, and can make politicians more accountable and responsive to the public’s needs.