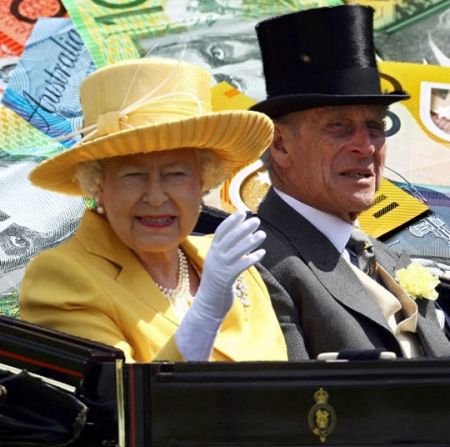 A few months ago the Daily Mail, one of London’s leading tabloids, ran a story penned by Nick Wood, one of the paper’s scribes, which can only be described as the beat up to end all beat-ups.

It contained a farrago of unsubstantiated costs for running the Elyse Palace in Paris, the home of elected French presidents — who are French people elected by the French people, unlike their English counterparts in Buckingham Palace, who are ethnic Germans who get there simply by accident of birth.

As a side bar, it is interesting to note the only monarch of Britain to have a non- German/Danish mother is the present Australian head of state — the ninth to hold the office and the only one ever to have bothered to visit this country. Even so, her record is something to behold; she’s been our head of state for sixty years and has been here just sixteen times — if she worked at Toyota she’d have been sacked this week with a job history like that!

It seems the President runs up huge bills to keep the official residence going.

According to Nick Wood, there are 121 cars in the garage, the food bills run to ten thousand pounds a day (I’m sure that’s a lie); along with 200,000 quid annually on flowers; and other ridiculous amounts on planes, insurance, newspapers and fuel bills.

Now, what this has to do with Australia beats the hell out of me, but our old friend over at the headquarters of the blue rinse set and the flat earth society, Professor David Flint, has used Wood’s shaky research as the basis upon which to issue dire warnings about the cost of running an Australian republic when we become one.

In his frothing at the mouth, foot stamping and hissing, he doesn’t mention what it costs to run Buckingham Palace Windsor Castle, Balmoral, the Palace of Hollyrood House, Clarence House, Kensington Palace or any of the other royal boltholes dotted around the UK.

It has nothing to do with us anyway, but now Flint brings it up — what does it cost to run the palatial residences of the representatives of our foreign born non-elected invisible head of state?

Flint fails to ask what it will cost the Australian taxpayer to host the forthcoming visit of that pair of serial adulterers, Charles and Camilla, who will be out next king and queen when the current office-holder goes to God. The pension -aged couple will represent EIIR in this colony to mark her 60 years on the throne, and the gifts they “give” us as well as those we certainly give them will be paid by us.

But Flint isn’t stopping there; no, in a rambling (very poorly edited) diatribe, he hopped up on his horse once more to criticise Attorney-General Nicola Roxon for daring to mention the “R” word in public — even accusing her of  having a “conflict of interest” in wanting a republic.

As I have asked again and again: where is this bloke coming from?

He further criticises Roxon for poo-pooing the notion of restoring the monarchies of Afghanistan and Iraq —total dictatorships, like the long gone “kingdoms” of Libya and Iraq and the despots currently running the Gulf States.

It is gratifying to see the new ARM national director David Morris quoted in the press today saying Australia should be a republic by the 2016 Olympic Games.