Royalty brought down to earth in film and print

Queen Elizabeth II will be visiting Australia later in the year to attend the Commonwealth Heads of Government (CHOGM) meeting in Perth. She has visited Australia 16 times since 1954. Australians may be intrigued by the pomp and ceremony that comes with these fleeting royal visits but they certainly wouldn’t want it in their own personal lives, writes Glenn Davies. 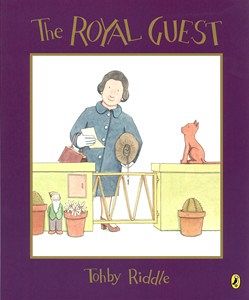 In Tohby Riddle's, The Royal Guest (Hodder & Stoughton, 1993 & Puffin, 2008) the Queen is planning a trip to Australia, but there is talk about the cost. Luckily, a Mrs Jones from Padstow offers to put her up. She has plenty of room, not to mention a very comfortable inflatable mattress. All the Queen needs to bring is her own sleeping bag.
Over the next few days, the Queen has the experience of everyday suburban life, playing cards with Mrs Jones and her friends and helping Mrs Jones take her cat to the vet on the way to a meeting with the Prime Minister.

After a hectic round of royal engagement, the Queen returns to spend her last night at Padstow. Before she leaves the next morning, she hands Mrs Jones a thankyou gift. It is the most delicately crafted jewelled crown, one of the Queen's old favourites. Mrs Jones, who is busy packing the Queen's lunch, accepts the crown, joking that this must make her 'the Queen of Padstow'.

Although this is where the story ends, republican historian Mark McKenna has reflected on the crowning of Mrs Jones. In Symbols of Australia (2010), p.33 he writes:

I've often imagined Mrs Jones sitting at her kitchen table, carefully placing the crown on her head. How strange to must have felt, this crown that jarred with her clothes and refused to sit straight on her hair. If the neighbours caught sight of her, they'd probably have thought she had gone mad. After all, what good is a crown in Padstow? We know nothing of how long Mrs Jones reigned in her realm of Padstow, or whether she managed to find any loyal subjects, although given the wry delivery of her final line it would seem unlikely she persisted with the fantasy of being the Queen of Padstow. 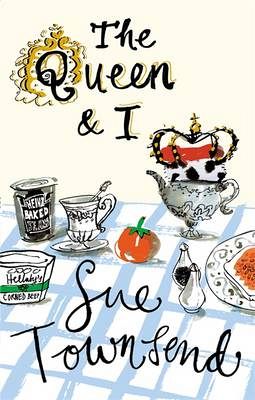 The sight of any Australian wearing the crown of royalty – like the sight of the crowned Mrs Jones in Padstow – seems frankly absurd. Crowns do not sit well on Australia heads.

This concept is at the heart of Gerry Connolly’s 2003 movie The Queen and I. When Queen Elizabeth II declares Australia a Republic during an Australian royal tour she is accidentally hit on the head by a boomerang, which causes amnesia. The Australian government drafts Gerry, an entertainer whose impersonation of Her Majesty is faultless, to fulfil the rest of her engagements. Fooling all, Gerry finds himself having to take his characterisation to the next level: Buckingham Palace.

However, Gerry Connolly’s movie should not be confused with the 1992 novel The Queen and I by Sue Townsend. The setting is the United Kingdom, after the 1992 General Election, where the House of Windsor has just been deprived of its Royal status by Jack Barker and the People’s Republican Party and its members are made to live like normal Britons. They have to leave Buckingham Palace and move to a council house estate. In Hellebore Close (aptly known as "Hell Close" to its long-time residents), the new home of the Royal Family, they learn to cope with the normal day of ordinary people. The Queen learns how to use a zipper or buttons, gets to know that living with a small pensioner's income is hard and that you have to organize your budget. On the whole, she quickly learns to cope with the situation and later does not want to go back to Buckingham Palace because of all the duties that would await her there.  On the other hand, her husband Philip does not cope with the situation and Charles discovers his great love for gardening. The rest of the family muddle along in their own ways. It is then revealed that the whole story was the Queen's nightmare, waking to find that the Conservatives have won the Election instead—as indeed actually happened.

At the heart of these stories is a strong sense of egalitarianism—the idea that ‘Jack is as good as his master’. Outdated concepts such as aristocracy and class have no place in the lives of twenty-first century Australians.

4 March 2022, 11:00am On the anniversary of the execution of "Breaker" Morant, history editor Dr Glenn ...
Join the conversation
comments powered by Disqus
News updates