RETHINK AUSTRALIA, the organization dedicated to updating our creaky old Australian Constitution, has just updated its website with a number of new pages about areas a new Constitution could improve: sustainability, human rights, local government and, of course, the republic.


The following is Rethink Australia's take on one of IA's favourite topics, myths about an Australian republic. 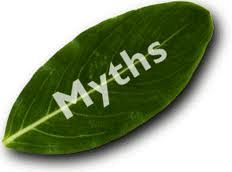 Our system of government works well, so if it ain't broke, don't fix it.

In general this is correct, but there are many areas where the system doesn’t work as well as it should and in some areas it is completely failing the Australian public.

Many countries that are republics have histories of being unstable, such as Zimbabwe, Indonesia and Argentina. Aren’t we are better off staying a constitutional monarchy?


There are just as many highly successful countries that are republics, for instance France, Germany, South Korea, Finland, Singapore and the United States of America. Lots of constitutional monarchies like Thailand, Malaysia and the Solomon Islands also have a history of instability. Political stability has nothing to do with whether a country is a republic or not, it is all down to the rule of law and strong democratic institutions, which Australia will be keeping.

The cost of changing from a monarchy to a republic would be prohibitive. We would have to replace all our government signs and logos, alter the markings on RAAF planes, for instance, and even change the name Royal Australian Air Force.


There would be no requirement for "Royal" institutions to instantly rebrand all their stationery, building and equipment. This would happen gradually over time. And besides, the government is constantly upgrading signs, logos and branding across all departments and agencies so it will not cost any extra to upgrade to a republic. New coins and notes are produced every day and changing the design is as simple as changing the dies, so there is no additional expenditure there either. In fact arguments about the high cost of becoming a republic just don’t hold up to careful scrutiny.

Ties with Britain are beneficial, especially since Britain would come to Australia’s aid in times of threat.


It is because Britain could not not come to our aid during World War II, that the Australia, New Zealand, United States Security Treaty (ANZUS) military alliance was formed. People recognised that Britain was just too far away, with military resources spread too thinly to be of any real help to Australia in times of threat, then or now. While we have excellent trade relations with Britain, merchandise traded with the United Kingdom is less than 5% of all our goods traded and has been steadily dropping for many years. And while our ties with Britain are important from a historical perspective, they are nowhere near as important as our relationships with China, Europe, India, Singapore, Japan and the US.

There could be unforeseen consequences if we become a republic and politicians could get more power.


It is vital that the public, in fact the entire Australian community, discusses and deliberates on becoming a republic. Only through a diversity of views and experiences can we ensure that there will be no adverse consequences from becoming a republic. Where problems have occurred in the past is when decisions have been made behind closed doors and when politicians don’t listen to what the public are telling them. Given that most Australians are deeply distrustful of politicians, it is highly unlikely that the public would grant them more power. In fact, there is a high likelihood they would grant them less.

If we become a republic, the next step will be to get rid of our flag because it has the Union Jack in the corner. I identify with that flag and don't want it to go.


While the national flag would undoubtedly change to reflect the nation being a republic, the current flag with the Union Jack in the corner would still be honoured and recognised as an important cultural symbol in the same way as the Eureka Flag, the Australian Aboriginal Flag, the Torres Strait Islander Flag and green and gold Boxing Kangaroo Flag. All of these iconic Australian flags are part of our rich history, they help us identify with this great Nation and connect us with our home when we travel abroad.

While there might be consensus for change, there isn’t any consensus on a model.


There are a number of models relating to how an Australian Republic might work. It is up the Australian people, through public consultations and public deliberations to decide which of these or any others will be best suited to carry Australia into the 21st century and beyond. Consensus will emerge once people understand the strengths and weaknesses of each model along with the ramifications if implemented.
REPUBLIC Australian Constitution Constitutional reform Monarchists myths Republic benefits Rethink Australia Rodger Hills
Recent articles by Rethink Australia