Restoring the Egyptian monarchy - the facts 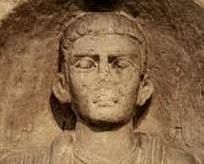 When it comes to restoring the monarchy in Egypt, vocal monarchists should get the basic facts of history right, says Publius.

Glancing over the ACM website, it appears David Flint has found a solution to Egypt’s problem: just become a constitutional monarchy! Oh, if we only knew that the solution to all our problems was that simple. Anyway, it got me thinking, as I'd recently read this extract in relation to Egypt by the first President, General Naguib:


In view of what the country has suffered in the recent past, the complete vacuity prevailing in all corners as a result of your bad behavior, your toying with the constitution, and your disdain for the wants of the people, no one rests assured of life, livelihood, and honor. Egypt’s reputation among the peoples of the world has been debased as a result of your excesses in these areas to the extent that traitors and bribe-takers find protection beneath your shadow in addition to security, excessive wealth, and many extravagances at the expense of the hungry and impoverished people. You manifested this during and after the Palestine War in the corrupt arms scandals and your open interference in the courts to try to falsify the facts of the case, thus shaking faith in justice.

Well, surprise, surprise! The “toying”, “corruption” and “disdain” is not referring to the current President, but to King Farouk. It seems the reasons the King of Egypt was ousted are the same ones the Egyptian populace have for wanting to oust the current President, Mubarak. Some things never change, eh? Hell, the threat that one must resign at a set date was also paraded during the Egyptian Revolution:


Therefore, the army, representing the power of the people, has empowered me to demand that Your Majesty abdicate the throne to His Highness Crown Prince Ahmed Fuad, provided that this is accomplished at the fixed time of 12 o’clock noon today (Saturday, 26 July 1952, the 4th of Zul Qa'ada, 1371), and that you depart the country before 6 o'clock in the evening of the same day. The army places upon Your Majesty the burden of everything that may result from your failure to abdicate according to the wishes of the people.

Dave, baby, they tried having a constitutional monarchy and it ended up in a bloody revolution.  The Egyptian monarchy was both corrupt and a pro-British colonial satrapy, its lavish lifestyle in sharp contrast to that of the Free Officers, who lived in poverty. Both the Soviets and the US exploited these shortcomings in the system. You can read about all the coups and revolutions that came about because monarchs were overtly corrupt or needlessly taking their people to war, causing millions of deaths, here.

And, what's more, although Flint claims that Egypt as a constitutional monarchy was a bastion of liberal values, it was only once it became a Republic that women were given the right to vote. On 3 March 1956, an election law was passed granting women this right for the first time in Egyptian history.

Equally, Flint claims that Orthodox communities were attack under a Republican system, when in fact they were segregated, beaten to death and in some parts even murdered under the constitutional monarchy. In fact, Muslims and Orthodox Christians have today united against the current regime.

The fact is, constitutional monarchies, by acting as a disguise for the political elites, are invariably corrupt and are often guilty of handing the country over to foreign forces: think Grenada, Lesotho, Thailand, Sweden (on the verge of a racial civil war), the Solomon Islands, Japan (with its 200 debt to GDP ratio through spending money on cronies), Swaziland (possibly the poorest country in Africa), Mexico (in the 19th century), Spain (22 per cent unemployment and the Queen herself breached her coronation oath by giving a nod to UK Entry into the EU and the Lisbon Treaty). Hell, even Mussolini himself was the Head of Government under a constitutional monarchy...

All British institutions (a.k.a. the politicians’ monarchy) have – most particularly in Africa (think Zimbabwe) – done is condemned the world to poverty, division, polarisation and ingrained hatred and distrust of our political leaders.

After being deposed, Fuad II was brought to Switzerland, where he was raised. He later immigrated to France where he married and raised his three children before returning to Switzerland after his divorce. After all, Switzerland was where the Hapsburg’s originated from and elite private school Le Rosey is the “School of Kings”. On this point, I suggest David familiarise himself with the Swiss constitution.

Only one system of government has shown itself to promote wealth, stability and continuity over 160 years and that is the Swiss system. Moreover, the Swiss tradition of direct democracy has an 800 year lineage. As Gregory Fossedal has observed, at the dawn of the 18th and 19th century, Switzerland was one of the poorest countries in Europe. However, despite virtually no minerals, fossil fuels, diamonds, oil or any natural resources it has managed to become one of the wealthiest countries in the world, almost exclusively thanks to its adoption of direct democracy. Citizen initiated referenda in Switzerland (CIR) has served to create lower taxes, which closely match government expenditure, and many new infrastructure projects. And the good sense of the populace has seen the country reject being involved in several crippling European wars by them steadfastly maintaining the nation’s neutrality.

Swiss institutions have been shown, more than any other, to protect minorities—linguistic or political (not just Communists, Indigenous Australians and Workers as has been done under s128 of the Australian Constitution). In fact, a report by Bruno S. Frey shows that over 82 per cent of Swiss CIR initiatives have – notwithstanding some bad press about minarets – benefited minorities. The Westminster or constitutional monarchy cannot have this claim—riots against Muslims, hatred, division, polarisation, property bubbles and the rule by the elites are what we get from the status quo.

But, has this system been exported to places other than Australia, New Zealand and British Columbia? Indeed, the Swiss system has been exported to third world countries — that is, others that were third world but are now emerging world players. Uruguay adopted elements of the Swiss system a few decades ago. Since then, it has become one of the wealthiest and most liberal countries in Latin America. Their constitution allows citizens to repeal laws or to change the constitution via a referendum. During the last 15 years the method has been used several times; to confirm a law renouncing prosecution of members of the military who violated human rights during the military regime (1973–1985), to stop privatization of public utilities companies, to defend pensioners' incomes, and to protect water resources.

It should be noted In 1913 President Jose Batlle Ordóñez) the father of modern Uruguay, proposed a constitutional reform involving the creation of a Swiss-style collegial executive system to be called the colegiado. A strong opponent of the one-person, powerful presidency, Batlle y Ordóñez believed that a collective executive power would neutralize the dictatorial intentions of political leaders. It met intense opposition, however, not only from the Blancos but also from members of his own Colorado Party. The proposal was defeated in 1916.

Egypt would do well to follow Switzerland in choosing the ballot over the bullet. Direct democracy (deliberations over national policy) and a strong decentralised government (on linguistic and religious minorities, Orthodox or Muslim) is where most of the big issues should be determined, and seem to me to be far better values than those rooted in British imperialism.