Reducing Indigenous incarceration by transforming lives and schools in prison

If Western Australia continues on in the same way it has been, two out of every three people in its gaols will be Indigenous, writes Gerry Georgatos.

In Western Australia, the rate of imprisonment of Aboriginal and/or Torres Strait Islander children is 50 per cent higher than the imprisonment rate of Black children in the United States. 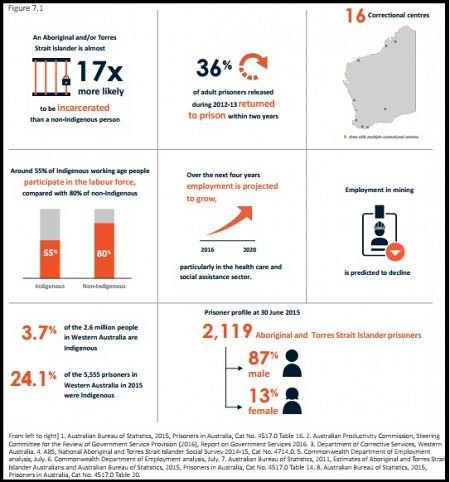 With deaths in custody, we need to disaggregate to understand them better. If you are non-Indigenous and over 50 years of age and incarcerated, you are more likely than an Aboriginal and/or Torres Strait Islander inmate to die — more than likely a death from natural causes. But if you are in your early twenties, then the death in custody is more than likely to be of an Aboriginal person and obviously because of the young age nearly always a death from unnatural causes. Deaths in police watch houses are nearly always Aboriginal and/Torres Strait Islander detainees, therefore the failure by the Western Australian Government to implement the CNS along the lines of NSW is outrageous.

More than two years ago, the incumbent Government promised to focus on transforming the lives of the impoverished and vulnerable who comprise the majority of the state’s prison population, but this promise has been betrayed and the Government remains fixated on punishing people — taking them from broken lives to ruined lives.

COAG is next week. Tell Colin Barnett we want Indigenous youth justice on the agenda. https://t.co/ouUvo846Fw

Lives can be changed, hope can flourish and outcomes achieved but the helping hand is needed — pre-release and post-release. As a society, we should be doing everything possible to keep people out of prison – and not everything we can to gaol people, but where incarceration is the outcome, then everything must be done to help the people within them.

It can be done. In my time in the tertiary sector, I assisted many former inmates and homeless individuals into gaining entry into an educational institution. However, bridging them into university alone is not good enough as students as a whole who have been bridged in have low student retention levels. I developed programs and services to psychosocially support, from the point of entry to the point of exit, students I assisted into tertiary education. We supported many of them into shared accommodation, stabilising their lives, and assisted or connected them to services where they could be further supported in health, welfare and legal issues. I developed tutoring programs to support them, if needed, in just about every unit of their degree programs — once again from the point of entry to the point of exit. As a result, the majority of them graduated and none to my knowledge have re-offended or finished homeless again.

Kuku-Yalanji man Jeremy Donovan last year oversaw the production of the Prison to Work Report for the Closing the Gap mob. On the first page of the report is an image by Jeremy titled, ‘Set Me Free’. 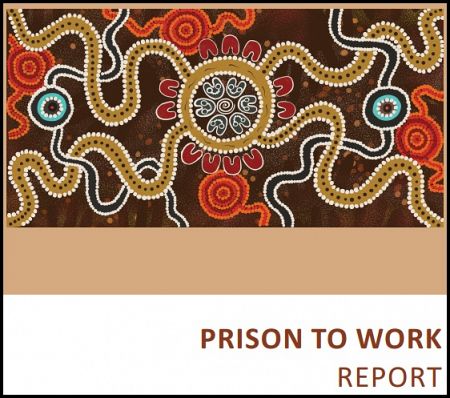 (Click on the image to open the Report as a PDF)

“'Set Me Free’ refers not just to prison walls, but also the layers of trauma Aboriginal and Torres Strait Islander prisoners often deal with.”

If we are to go forward in tangible ways to improving the lot of the most vulnerable and critically at-risk then we must not leave behind those who finish up in gaol. In helping to transform their lives, we also improve the lot of their families; there is a wider social return. We inspire hope into their children. There are few organisations and programs authentically transforming the lives of inmates and former inmates.

There is an exception and that is Ngalla Maya – a prison to wellbeing to training and education to employment effort founded by a former inmate, Noongar man Mervyn Eades. In the last year, on the smell of an oily rag, Ngalla Maya has inspired more than 140 inmates into training and education and who are now employed. No other program has achieved anywhere near their results.

We also need to invest in education opportunities while people are incarcerated in Juvenile Detention and in adult prisons. I am designing School in Prison programs; not only will an inmate get an education, qualifications, but will also be psychosocially validated, strengthened and the constancy of trauma that is incarceration will be reduced.

"The #prison system did nothing in #rehabilitation for me. I got no education or life skills" Mervyn Eades #TheDrum pic.twitter.com/fD5GxgX24v

Gerry Georgatos is a suicide prevention researcher and restorative justice and prison reform expert with the Institute of Social Justice and Human Rights. He is a member of several national projects working on suicide prevention, particularly with elevated risk groups and in developing wellbeing to education to work programs for inmates and former inmates. You can also follow Gerry on Twitter @GerryGeorgatos.

Western Australians have the opportunity to vote out nation’s most backward government – & save lives | The Stringer https://t.co/T5PDoBQOam

“Keep out of prison those who should not be there”: strong calls on suicide & #JustJustice @adelec23 @GerryGeorgatos https://t.co/bDwiyRiurV