Rediscovery of Ned Kelly's bones only part of the story

In a stunning Independent Australia exclusive, Brad Webb from Iron Outlaw looks at the history and discusses the implications surrounding the identification of Ned Kelly’s headless skeleton last week — then reveals the whereabouts of the famous outlaw’s preserved brain. 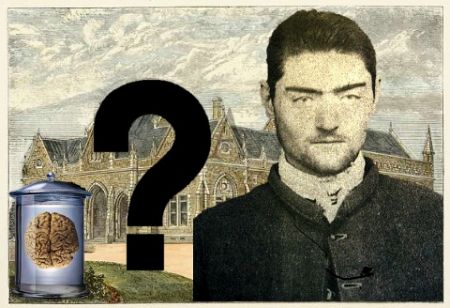 This week the media whipped itself into a frenzy over the announcement that bones exhumed from Pentridge Prison in 2009 were indeed those of Ned Kelly. TV, radio, newsprint and the internet all scrambled to go one up on the previous report. The DNA donor, Leigh Olver, went from being Ned’s great grandnephew to ‘great grandson’ in a matter of keystrokes as reporters, mostly ignorant towards Australian History, put together their own versions of events to entice the public — facts be damned!

Radio programs bought on ‘experts’ to discuss the findings while switch boards were flooded with pro and anti-Ned supporters all keen to throw in their two cents worth. One caller to ABC radio wanted to know how they could determine the bones were that of Ned, and not Dan. Apparently this caller’s version of history had Dan buried alongside Ned at the Old Melbourne Gaol then moved on with the rest of the bones in 1929. Obviously he skipped the page that had Dan Kelly dying at the Glenrowan Siege and his body being claimed by the family to be buried in an unmarked grave in Greta cemetery.

While the findings are undoubtedly news worthy and will add further mystique to the legend of Ned Kelly, it also opens up a multitude of dilemmas for both the authorities and the extended Kelly family. Who has the right over the remains and whose wishes will be acknowledged for Ned’s final resting place? Like any family, there will be quarrels and disagreements so anyone expecting a quick resolution to the question of Kelly’s remains will be disappointed.

"Awaiting execution In November 1880, Ned Kelly dictated a letter, pleading: ‘If you would grant permission for my friends to have my body and they might bury it in Consecrated ground.’ His last wish was unfortunately denied. Ned Kelly's remains should be handed to the Kelly descendants from the Victorian Coroners Office. I would love to see these descendants fulfil Ned's last wish and he gets that dignified Catholic Christian burial he wished for all those years ago."

Statues, monuments and plaques will undoubtedly be vandalised, stolen or destroyed. It’s an unfortunate part of human nature. You need look no further than the gravesite of Eddie Mabo to see what will happen. In 1995, within days of his tombstone dedication in Townsville by the then Prime Minister’s wife Anita Keating, Mabo’s grave was desecrated and a swastika was daubed in red paint on the tombstone. The vandalism became so bad that Eddie Mabo’s remains were reinterred at his homeland in the Murray Islands. The story of Ned Kelly has far greater public profile and the result will undoubtedly be much worse. And with the skull still missing, will they incorporate that issue when deciding what to do with the remains they do possess? Will they wait until the real skull is returned before finalising a burial?


Why Isn’t There A Complete Skeleton?

In regards to ‘VIFM Case # 3081/10 – The bones of Ned Kelly’, while acknowledging the DNA findings, I am having trouble reconciling the images within the report. Photographs of a headless skeleton also show a skull fragment and a number of teeth. These were apparently found within Ned’s makeshift coffin. However, the skull was never buried with the body.

‘An exhaustive historical and forensic science exercise, employing the expertise of historians, pathologists, anthropologists, odontologists, radiologists, and ballistics and DNA experts, has identified the iconic bushranger’s remains among those transferred from the Old Melbourne Gaol to Pentridge Prison in 1929 and then exhumed again in 2009. They were among the remains of 33 other individuals, many of which were co-mingled and incomplete, making the result even more extraordinary. Ned’s is an almost complete skeleton found buried in a wooden axe box; however most of the skull is missing.’

These 'historians, pathologists, anthropologists, odontologists, radiologists, and ballistics and DNA experts' could have saved themselves a lot of time and money if someone had thought to contact the organiser of 'Ned: The Exhibition' which was held at the Old Melbourne Gaol in 2001-2002. They would have been shown a copy of a hand drawn map of the Pentridge Prison grave sites complete with all the reinterred remains clearly marked in plots, including the location of Ned Kelly’s coffin. I have a copy of that circa 1929 map with Ned's grave clearly labelled in the exact same spot they uncovered his remains in 2009.

Immediately after the execution of Ned Kelly, his hair and beard were shaved and a death mask was made by Maximilian Kreitmayer, proprietor of Bourke Street Waxworks. While dissecting Ned’s body, medical students from Melbourne University cut off his head and removed the brain. The flesh was boiled away from the skull, which was then shaved and oiled to become a ghoulish souvenir. The headless body was then buried in unconsecrated ground next to the Old Melbourne Gaol, while the skull spent a number of years as a paperweight by some minor public official at the Victorian Penal Department before, apparently, making its way to north to Canberra.

Reports of the skull resurfaced again in 1952 when an article written for the Sydney Morning Herald on December 30 stated:

"Ned Kelly’s skull, which had been missing for some time at the Australian Institute of Anatomy in Canberra, has been rediscovered."

This was the same Institute which also had Phar Lap’s heart on display. The curator of the Institute, Mr RP Stone was reported as saying that the skull had been found when junk was being cleared from an old safe.

"There is no reason to display Ned Kelly’s skull. So far as we are concerned it is just another skull. We have cases of them in the basement."

Apparently Ned’s skull made its way to Canberra with the first director of the Institute of Anatomy, Sir Colin Mackenzie, in 1934. While Phar Lap’s heart eventually made it to the National Museum of Australia, Ned Kelly’s skull apparently headed back to the Old Melbourne Gaol. Or did it? Was the skull mistakenly (or deliberately) swapped while residing at the Institute of Anatomy before it arrived back in Melbourne? If that was the case then it may still be in our national capital.

Having edited the Net’s leading Ned Kelly site, IronOutlaw.com, since 1995 I’ve had the pleasure of meeting many experts and insiders keen to share knowledge, artefacts and the occasional bit of scuttlebutt. One conversation, in particular, relating to the whereabouts of Ned’s skull, stands out. In the early 1960s, a young Des Anderson, along with a number of his fellow businessmen, started the Victorian chapter of the National Trust. One of their first undertakings was the Old Melbourne Gaol. Des was surprised to see their valuable displays all easily accessible to the general public, including the skull recently returned from Canberra.

“In those days,” said Des, “you could pay your two bob entrance fee and then handle Ned’s skull, death mask or even pop on Dan Kelly’s helmet!”

Alarmed at the way the public had access to such a valuable display and the potential for damage and theft, they devised a plan. With his upbringing in India, Des quickly organised for one of his contacts to ship across a crate full of skulls and bones which were then swapped with the original display. These originals were then locked away for ‘safe keeping’. So, in 1979 when Tom Baxter and his mate, the son of a former Prime Minister, decided to play a University prank and steal Ned’s skull, they were in fact pinching some poor Indian’s remains. So, for all appearances, it is here at the Old Melbourne Gaol that the trail for Ned’s skull grows cold, when someone on the ‘inside’ decided to remove the skull from the Gaol sometime during the 1970s. Then again, could it be lying forgotten somewhere inside one of Canberra’s prolific archive storage facilities?

What is interesting in this whole story is the case of Ned Kelly’s brain. While scientists spent countless hours researching, extracting and interpreting DNA samples from one of Ned’s distant relatives, they could have quite easily taken a core sample from the man himself. Ned’s brain currently resides inside the Medical School at Melbourne University, undoubtedly sitting forgotten on a shelf somewhere in a dusty jar of formaldehyde. All it needs is someone willing to rattle the University’s cage with a Freedom of Information (FOI) request...