As we view the back of Prince William’s balding head jetting off home to Britain it is time to ponder how often we have these princely visits. In almost 150 years there have been 10 different Royal princes visit Australia. Perhaps it is the rarity of princely visits that make them popular — like the sightings of bunyips, writes Independent Australia's history editor Glenn Davies.

Between 1867 and 1954 there were only six visits by a member of the British royal family to Australia. In 1954, Australia had its first visit by a reigning British monarch. Since then there have only been four princely visit the antipodes and one of them had married into the royal family. 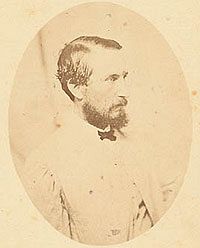 The first visit to Australia by British royalty was in 1867 by Prince Alfred, the Duke of Edinburgh and second son of Queen Victoria, during his 'round-the-world' voyage. Prince Alfred joined the Royal Navy as a Midshipman at the tender age of 14. He enjoyed success in his naval career and was given command of the HMS Galatea in 1866 and became Captain. He came to Australia in this ship in 1867, arriving in October at Glenelg in South Australia. Stops were made at Adelaide, Melbourne, Sydney, and Brisbane. It was a long tour—Prince Alfred stayed for almost six months. The Prince was greeted enthusiastically by most colonists, although there was a strong Fenian movement in Australia. There was also some resentment about the large cost of maintaining Queen Victoria’s many children and her absence from public duty after Prince Albert’s death. Prince Alfred was enjoying a picnic at Clontarf beach in Sydney in March, 1868, when he was attacked by an Irishman, Henry O’ Farrell. He shot the Prince in the back. Luckily the bullet hit his rubber suspenders. While the Prince made a quick recovery and was able to leave Australia by early April 1868, many public 'indignation' meetings were held around the country in the weeks after the assassination attempt. Indeed, around 20,000 people attended an indignation meeting in Sydney the day after the attack. A memorial fund was set up and this was the start of the Royal Prince Alfred Hospital. O’Farrell, who said that he was concerned about the wrongs of Ireland and that was his motive, pleaded insanity. He was later hanged.

The only other colonial royal visit was in 1881 when Prince George, aged 15, visited Australia with his older brother Prince Albert, aged 17, as midshipmen in training on the HMS Bacchante. They arrived at Albany, Western Australia, in May, crossed to South Australia in a passenger vessel, travelled overland to Melbourne, and from there sailed on a naval vessel to Sydney.

In 1901, Edward, the Prince of Wales and his wife Alexandra were planning an Empire tour, however, the death of Queen Victoria on 22 January 1901, meant the couple had to prepare for a coronation in 1902. As a result, the soon-to-be King Edward VII’s son Prince George and his wife Mary came instead. One of the Prince's main tasks in Australia was to inaugurate the first Australian Federal Parliament in Melbourne. Their arrival in Melbourne was spectacular. They were met by a huge flotilla of boats. Their reception was warm and enthusiastic wherever they went. The tour, which took in all Australian states, was a great success. Nationhood had not dimmed Australia's love of the royals and the 'mother country' (an estimated 100,000 attended the royal landing in the Domain in Sydney).

In 1920, Prince Edward arrived in Victoria on 2 April 1920, representing his father, King George V (previously Prince George), to thank Australians for their participation in the First World War. Australia embraced the Prince and his reputation grew throughout the visit. Certainly he left a whiff of scandal behind him with his behaviour towards Sydney’s young socialites. During his tour, his railway carriage overturned at Bridgetown, Western Australia. However, the Prince remained unharmed, and later made light of the situation, (emerging from the wreck with some important papers and a cocktail shaker), an act which endeared him to Australians, causing them to give him the nickname the “Digger Prince”. Stories still persist in Australia’s top-end about an illegitimate son and an Aboriginal branch of the royal family.

In 1927, Prince Albert, and wife Elizabeth, sailed into Sydney harbour on HMS Renown, attracting Australia's first gathering of more than one million people. The principal duty of Prince Albert on this visit was to open the provisional Parliament House in Canberra, on 9 May 1927.

Prince Henry, Duke of Gloucester and third son of George V, visited for an extensive 67-day tour in 1934. The main purpose for his visit was to open the centenary celebrations of Victoria on 18 October 1934. He returned to Australia in 1945 as Governor-General and served as Governor-General for over two years, from 20 January 1945 - 10 March 1947, the first and only royal governor-general.

On 3 February 1954, the newly-crowned Queen Elizabeth II became the first reigning monarch to set foot on Australian soil. She was accompanied by her husband, Prince Phillip, the Duke of Edinburgh. In 1956, Prince Philip opened the Olympic Games in Melbourne, and opened the 1962 British Empire and Commonwealth Games in Perth, while on a tour through Western Australia, New South Wales and the ACT. In 1965 he opened the Royal Mint, and in 1968 came to Australia to open the Duke of Edinburgh Study Conference. He also helped in 1967 to organise the third Commonwealth Study Conference to be held in May 1968.

Prince Charles, the Prince of Wales had attended the Geelong Grammar School for one year in 1966. This was not an official trip, as he was there primarily for schooling. He returned in 1967 as the Queen's representative at the memorial service for Prime Minister Harold Holt and again in 1970 with Queen Elizabeth II, Prince Philip, and Princess Anne on an extensive tour of Australia in connection with the bi-centenary of Captain James Cook sailing up the east coast of Australia. On 20 March 1983, the Prince of Wales, this time with the Princess of Wales, and their young son Prince William landed in Alice Springs. The Prince and Princess of Wales also made a popular visit during the bi-centenary celebrations in 1988. Later, he was to visit without the Princess of Wales.

On 11 March 2006, Prince Edward visited Australia to announce the winners of the Commonwealth Writers’ prize, lunch with Prime Minister John Howard, visit a neo-natal unit in Heidelberg, visit with victims of bush fires in Victoria, and attend the opening and closing ceremonies of the Melbourne Commonwealth Games.

The final Prince to visit Australian shores has been Prince William, first as a baby, then on 19 January 2010 in Sydney for a three-day visit, and again a few days back.

Visits by royal princes are certainly a rare event. Rather than waiting almost a generation between visits by Princes perhaps we should trot out our very own Australian Prince – comedian, actor and impersonator, Gerry Connolly. In 2005, a kilted Prince Charles, aka Gerry Connolly, arrived in a London taxi for an official reception in Brisbane City Mall. This was in response to Prince Charles’ whirlwind visit to Australia at that time that excluded Queensland. Perhaps it is through comedic absurdity such as Connelly’s impersonations that the illusion of royalty can be seen for what it is.
REPUBLIC AUSTRALIAN HISTORY Gerry Connolly Glenn Davies Harold Holt John Howard King George V Prince Charles Prince Edward Prince William Princess Anne Princess Diana
Recent articles by Glenn Davies