Former High Court Justice Michael Kirby, helped establish Australians for Constitutional Monarchy and wrote its charter, but used a dinner address to the South Australian branch on November 2nd to deliver some home truth to monarchists.

His address was entitled, tellingly:

‘Australia's Modest Constitutional Monarchy — What It Is and What It is Not’.

This darling of the royalist crowd disappointed many jewel encrusted matrons by saying he was not a monarchist of the Women's Weekly type, who loves the diamonds, jewels and mediaeval fantasies of monarchy claiming that is not at all how constitutional monarchy normally operates in Australia.

“A pageant or two in England is fine, but it is not part of Australia's governance. Ours is a modern and very modest system of constitutional monarchy.”

He strongly disagreed "with the few" who are anxious that Australia should have a member of the royal family serving as our Governor General and who express the hope that the Queen will "give" one of her children so that a local monarchy could be established.

Indeed, Kirby said that the very fact that the Queen lives on the opposite side of the world is a positive advantage. She is the invisible leader. She comes when invited and never when not.

The same with members of her family: “not too often and not too rarely”, says Kirby, who advocates the three teddy bear amount — “just right”.

As for the restoration of royal favours, Kirby scoffed at the idea of what Daniel Denihey called, in 1853 when it was first suggested, as the “bunyip aristocracy”, pointing out that Richard Casey was probably the last resident Lord appointed from Australia. He said that he does not favour the restoration of knighthoods, as we are egalitarian by nature and says we have done without them since 1983. Kirby applauded John Howard for not restoring them. 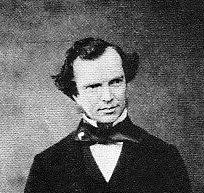 Australian patriot and republican Daniel Denihey coined the withering phrase "bunyip aristocracy" when it was suggested in the mid-19th century that Australia establish its own system of lords and gentry.

The most explosive claim made for former Justice Kirby ‒ the thing that obviously outraged the ACM chair David Flint and his followers ‒ is his statement that the Governor General is not the Australian head of state, but rather a representative of the Queen who is our head of state.

Quoting the Constitution (s61), he says:

"The executive power of the Commonwealth is vested in the Queen and is exercisable by the Governor General as the Queen's representative."

Kirby does not believe the constitutional monarchy is necessarily bound up in a belief of God and says there are many good Australian citizens who do not believe in God and, moreover, we do not have an established faith. Kirby says Crown does not belong to the Church of England or to the Christian belief and he supports Prince Charles’ wish to change the royal style to "defender of the faiths”.

In an attack on ACM and its attitude to the flag, Kirby says he does not know

"…where that comes from … It was never part of the ACM charter and the current flag is not essential to the constitutional monarchy, still less the presence of the Union Jack in our flag.”

He says the royal family needs to evolve with its unerring judgement to embrace new and modern times.

His speech appeared on the ACM website, but was taken down with minutes of appearing.

We asked the lord of the ACM, David Flint, for comment — but he did not reply.

Flint's saccharine, idiotic, references to anything or anybody royal is disturbing and it is a shame that former Justice Kirby's well reasoned arguments were deemed too inconvenient by the ACM to be made available to his followers — for more than 10 minutes.