Keeping up with the Jones'

David Flint is a man of many parts — and now it seems he's a sports reporter. Barry Everingham commentates. 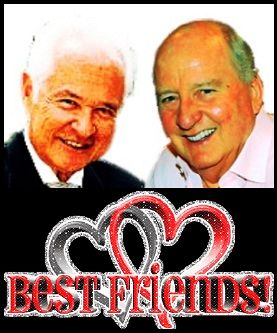 There seems to be a blokey side to the monarchy loving migrant from Indonesia who owns Australia for a Constitutional Monarchy.

In one of my regular checks of his personal website I saw the usual  crap – a wedding in the Greek “royal “ family and a sickeningly  gushing and saccharine  report on the queen visiting a viewing of Catherine Cambridge’s wedding dress.

Nothing changes, I thought, deeply sighing that a grown man could be so obsessed with all this fairy floss children’s nonsense.

It can’t be true!

There was full colour picture of our latest swimming star James Magnussen – showing a torso so fit, so in shape, it beggars description.

Is the old pet trawling for young members of his moribund, normally blue rinse organisation?

But with Flint, there’s always a hidden, sometimes sinister, reason and of course I found it.

And he didn’t me down.

Jones is obsessed by sport, has coached the Australian Rugby Union team, and counts may former sportsmen among his mates.

Further revealing details can be found in Chris Masters’ biography of Jones “Jonestown”.

According to the gospel of David, Jones was unhappy (and rightly so) that there was scant media coverage of the race got on Channel Ten and somehow or other talked them into running young James’s amazing winning feat.

Flint is always the first to sing the praises of the dreadful Jones, but somehow or other he must be one of the few people in Australia who wasn’t disgusted when the broadcaster called for our Prime Minister to be put into chaff bag a tossed into the ocean.

Flint, so proper, so perfect, so prissy, should remind his busom buddy that the woman Jones was degrading is Her Majesty’s Australian Prime Minister.

I’m making sure Flint sees this report, as he must have missed the public outrage at Jones’s childish, out-of-line comment and he might speak to his mate — or better still, reprimand the clown as I’m sure he will in his regular column.

We’ll just have to wait and see…